The calls were conducted at both residences and businesses. 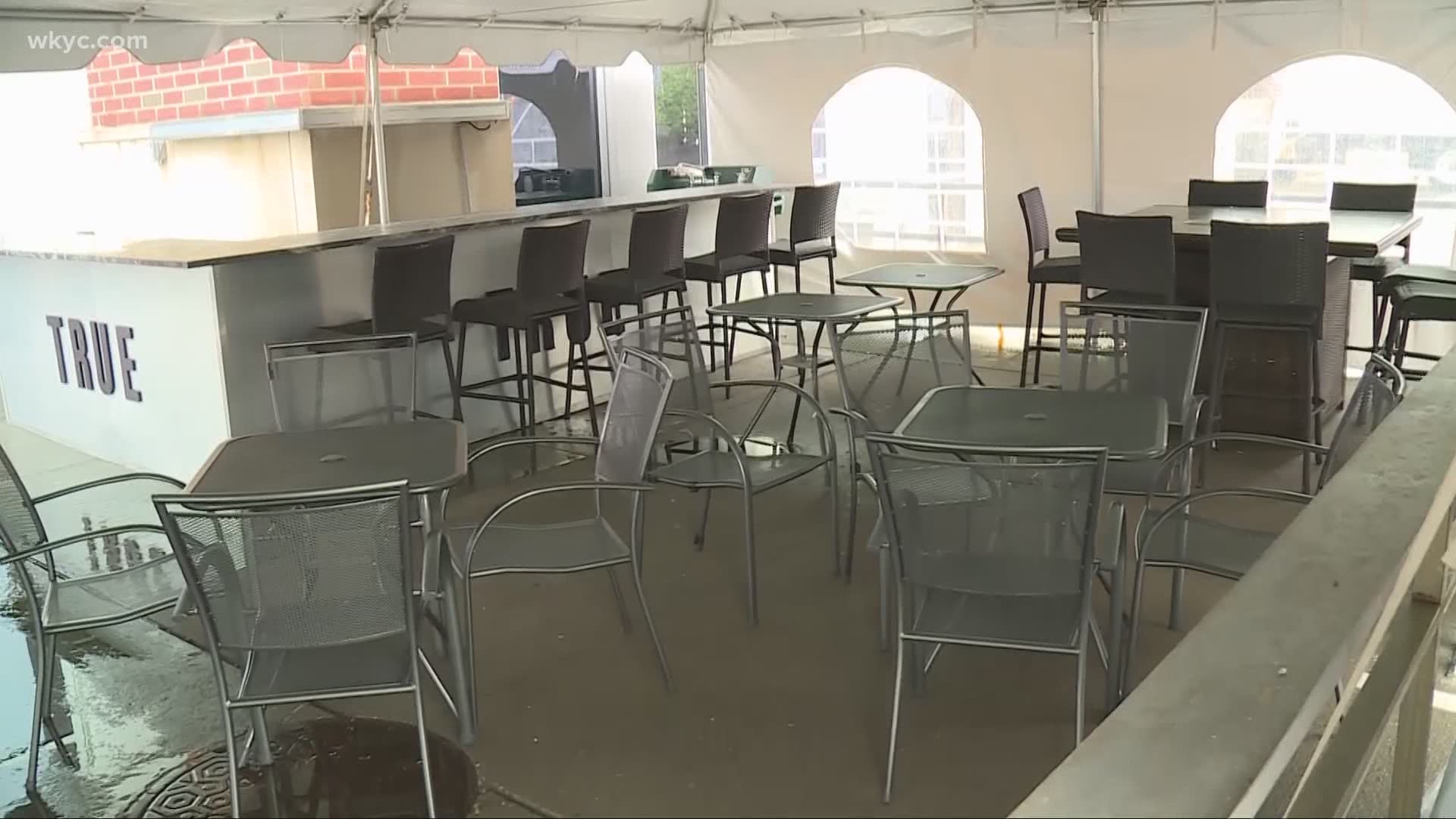 CLEVELAND — In the weekend following the reopening of Ohio bars and restaurants for outdoor service, Cleveland Police responded to 28 calls for businesses and residents not adhering to state guidelines. The incidents included complaints of mass gatherings, seating indoors, employee not wearing face masks and non-compliance with social distancing measures.

"Violating the State’s guidelines for the reopening of businesses is something the City of Cleveland takes very seriously,” said Mayor Jackson. “We will continue to monitor this situation and will be developing a policy to address the actions of habitual offenders.”

The four businesses with the most complaints, Lago East Bank, Harry Buffalo, Mulberry's and TownHall were issued letters of notice of the complaints by the Cleveland Department of Health. The complaints will be passed on to the State Health Department.

In response, Gov. Mike DeWine announced, Monday, that he would gather law enforcement officers from across the state into the Ohio Department of Public Safety's Investigative Unit. These officers will perform compliance checks on crowded bars and restaurants and have the ability to issue administrative citations, which could result in the businesses having their liquor licenses revoked.

RELATED: Some restaurants may be adding a COVID surcharge to your bill

RELATED: DeWine: We will do 'whatever we have to do' in enforcing safety measures for businesses

RELATED: Lago East Bank seen packed with customers on its patio, with virtually no social distancing