Five members of the Cleveland Division of Police have been fired in the past week. 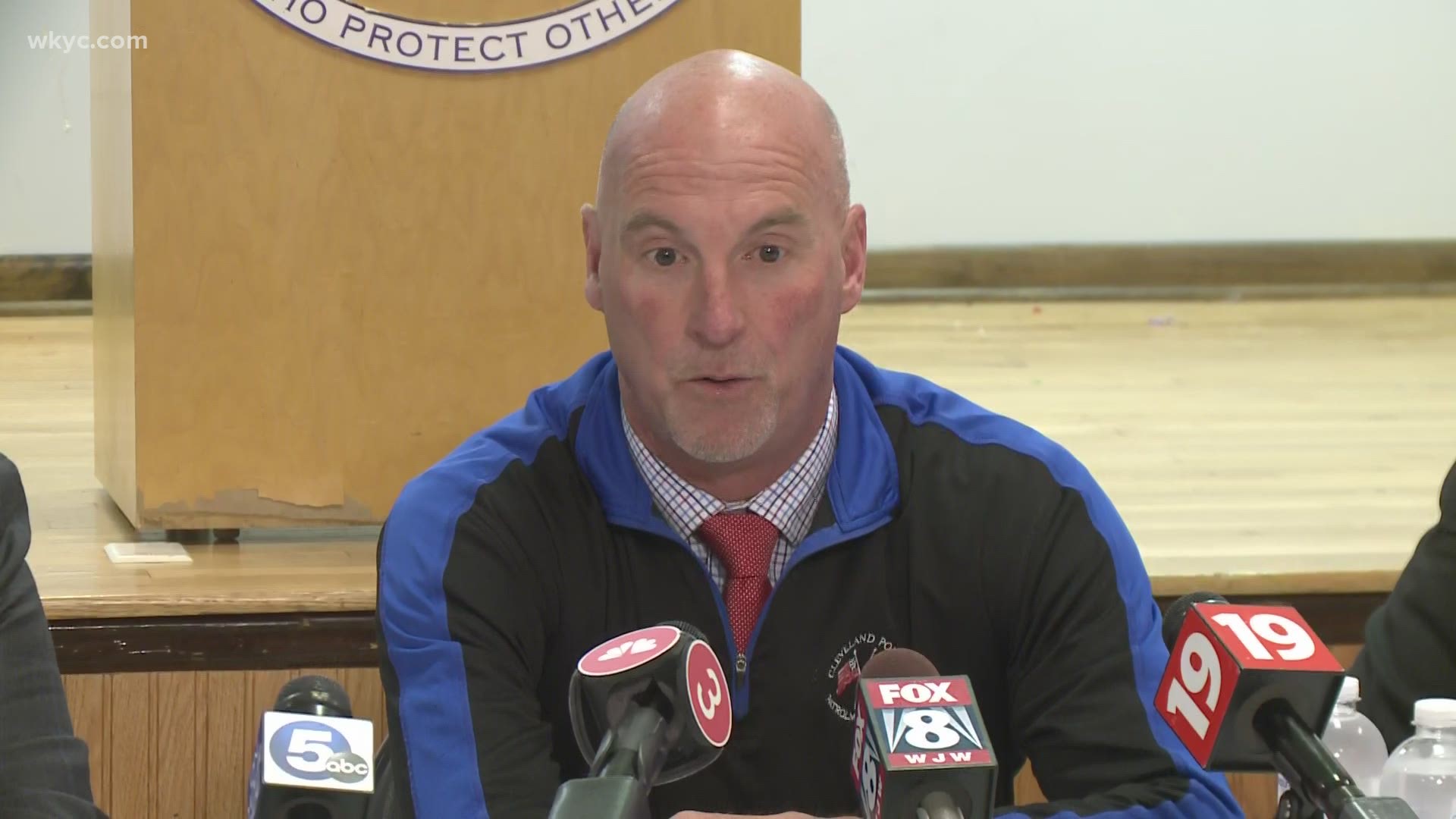 CLEVELAND — Leaders of the Cleveland Police Patrolmen's Association (CPPA) held a briefing on Thursday in the aftermath of four officers being fired and another one suspended last week.

The announcement came on Friday evening in a release by Cleveland Director of Public Safety Karrie D. Howard, who noted that the punishments came following multiple separate accusations made against the officers.

When the CPPA briefing began, they announced that another Cleveland police officer had been fired as of Thursday morning. In a release sent by the city on Thursday evening, the newly terminated officer was identified as 53-year-old John Kazimer. Kazimer was accused of violating General Police Orders: Jury Duty and Patrol Section Duty Hours & Reporting On and Off Duty, as well as violating numerous Manual of Rules for the Conduct and Discipline of Employees of the Cleveland Division of Police.

CPPA President Jeff Follmer took aim at Howard during the news conference and called for him to step down. "Karrie Howard needs to be removed from office," Follmer stated at the start of the briefing. "It's quite clear in our view he's on a political agenda to only make his resume by our discipline."

The four terminated individuals from last week were all patrol officers, with their tenures at the division ranging from just two years to as long as 23. All lost their jobs following disciplinary hearings.

The charges against them are as follows:

In addition, Det. Salvatore Santillo was suspended 20 days without pay after he was accused of using excessive force on a suspect without a legitimate reason, and also "appeared to be untruthful and biased" when recounting the incident. Santillo, also just 29, was hired in 2014 and remains a member of he fourth district.

Follmer's belief is that the firings by Howard are being driven by the Department of Justice, which has had a vested interest in the city's police operations since the 2014 Consent Decree, which found that the CDP engaged in practices of excessive force that violated the U.S. Constitution and federal law.

"They're (DOJ) putting pressure on the chief's office. They put pressure on internal affairs. In a 100 page letter, they said they're looking forward to working with Karrie Howard. They got their man there to do their dirty work," Follmer stated.

Follmer believes that the moves made by Howard and the Department of Justice is having a long-term negative effect on the Cleveland Division of Police and the city itself. "Homicides rates are up, violent crimes are up, while we are afraid to do our job. We couldn't even get 400 people to sign up for this job (during the city's police officer hiring availability)."

The CPPA has set up a fundraising event for the four terminated officers which will be held next month. The union is also working on an insurance plan to help assist officers who are suspended without pay.

You can watch the entire CPPA briefing from Thursday in the player below: