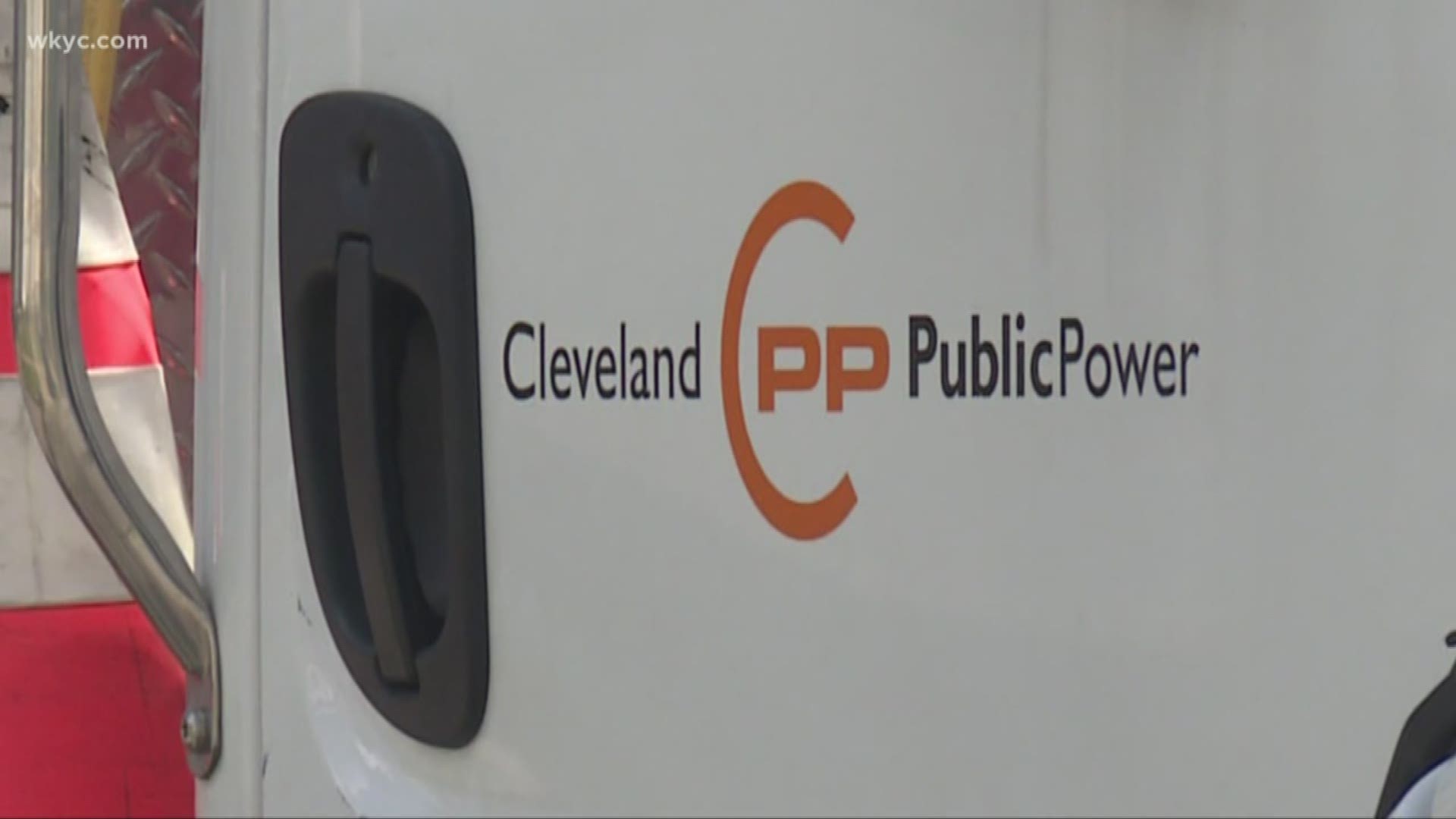 CLEVELAND — For the 72,000 customers of Cleveland Public Power, keeping the lights on could get more costly.

The city of Cleveland, which owns the utility, is considering raising power rates, which were once significantly cheaper than those of its rival, FirstEnergy’s Cleveland Electric Illuminating Company, but which have become less competitive in recent years.

In January 2018, City Hall sought out a consultant to study Cleveland Public Power and recommend rate and fee changes. The city wanted a consultant also to develop a “strategic plan/program for communicating the power rate increases and/or rate structure changes to mayor, city council and the public,” according to the city’s letter to prospective consultants.

The city originally planned to have the new rates in place in January 2019, according to the letter.

Darnell Brown, the city’s chief of operations, told 3News this week that the study was delayed because the city asked the consultant to do a more comprehensive study of the utility.

"We asked them to look at operations and procedures and evaluate the effectiveness of staff,” he said. So [the study] is a much broader project so that it gives us recommendations on things that we need to do holistically to kind of turn around the organization so it can be more viable and competitive."

Asked directly about rate or fee increases, Brown said, “That’s to be determined.”

But Brown acknowledged that long-term contracts have locked the city into paying above-market prices for some of its power. He also said the utility needs to invest in “capital improvements” and that the utility has delayed other projects, such a comprehensive tree trimming program, which has hurt its reliability.

In 1978, Cleveland Mayor Dennis Kucinch put his political career and the city on the line when he refused to the sell the struggling power company to shore up the city’s finances.

As a result, Cleveland famously plunged into default.

“Since that time overall Cleveland consumers and taxpayers have saved hundreds of millions as result of that decision,” Kucinich said in an interview with 3News. “If We have a period right now where [CPP’s} rates in some areas are a little higher, that’s a temporary situation.”

He said the utility deserves credit for customer service and for using alternative energy suppliers.

In the summer of 2018, power went out five times in two months, typically unrelated to storms.

RELATED: Tired of Cleveland Public Power outages? There’s another option out there

The city pleaded for patience on social media and promised new investments to improve reliability, especially for the customers on the city's West Side, who are most frequently affected.

“In the three and half years we have been open, we have lost power seven times,” Brett Sawyer, owner of Plum, a restaurant on the city’s West Side. “We have had fully booked Friday and Saturday nights where out of nowhere all the power goes out and we have to call all the reservations and cancel and figure out what to do with all the food in the coolers.”

Robert Davis, Director, Cleveland’s director of the Department of Public Utilities, offered a lengthy written statement in response to questions from 3News about the rate study. The statement, which was later released to other media outlets, reads in part:

“From a long-term perspective, we have to take a look at rates. Another benefit of having a municipally owned utility it that this process occurs through a public process that accounts for input from elected officials and the public. We are currently in the midst of conducting a comprehensive financial review that is evaluating the entirety of CPP’s operation. This evaluation will include recommendations on what, if any, changes to the rate structure are necessary, the overall power supply mix, the appropriate levels of capital investment to support on-going reliability enhancements, and how operations should be funded and organized moving forward. We anticipate this study will be complete sometime in the near future.”

City Council has the final say on rate increases but its members haven't raised any alarms publicly.

Martin Keane, chairman of the committee that oversees the utility, didn’t want to speak on camera, though he acknowledged Cleveland Public Power's problems. Yet, he insists the city-run system is still good for residents.