Customers of Cleveland Public Power say strange, unexplained charges keep showing up on their bills. Charges that are adding up. 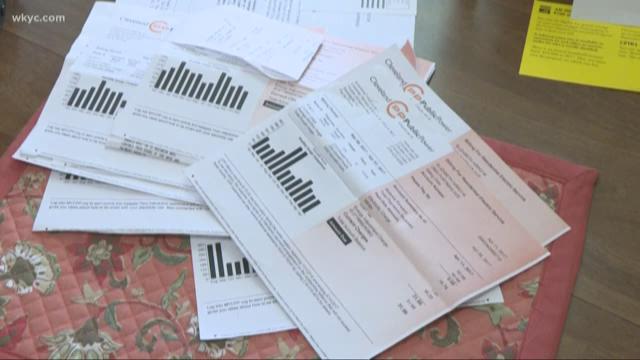 86-year-old Elizabeth Hirko has been living in Old Brooklyn for several years now.

She always pays her bills on time. She even keeps those bills after she pays them, just in case she needed to revisit one.

"When you call, they give you the run around," Elizabeth says. "They don't give you any answer, they just say it's through the government."

Elizabeth is on a fixed income. She noticed the charge in December and looked back to find she's been paying these charges for the last year.

She recently received a notice in the mail about a class action lawsuit against Cleveland Public Power for not notifying customers about the fees. Elizabeth found out she's one of 70,000 people being charged for an "environmental and ecological adjustment."

It's not clear why some customers have to pay the fee and others don't.

Attorney Jack Landskroner tells us the lawsuit simply states that CPP was in breach of contract and they will seek damages for all customers who were charged.

We reached out to CPP for a comment but they didn't want to talk to us about the lawsuit, or the charge. Meanwhile, people like Elizabeth Hirko just hope their bills will go back to being affordable.

The good news is if you have this charge on your bill, you don't have to do anything to be a part of the class action lawsuit. If you don't, you can opt out by writing a letter.