3News obtained a copy of a briefing that says mismanagement and financial problems threaten future of 114-year-old utility. 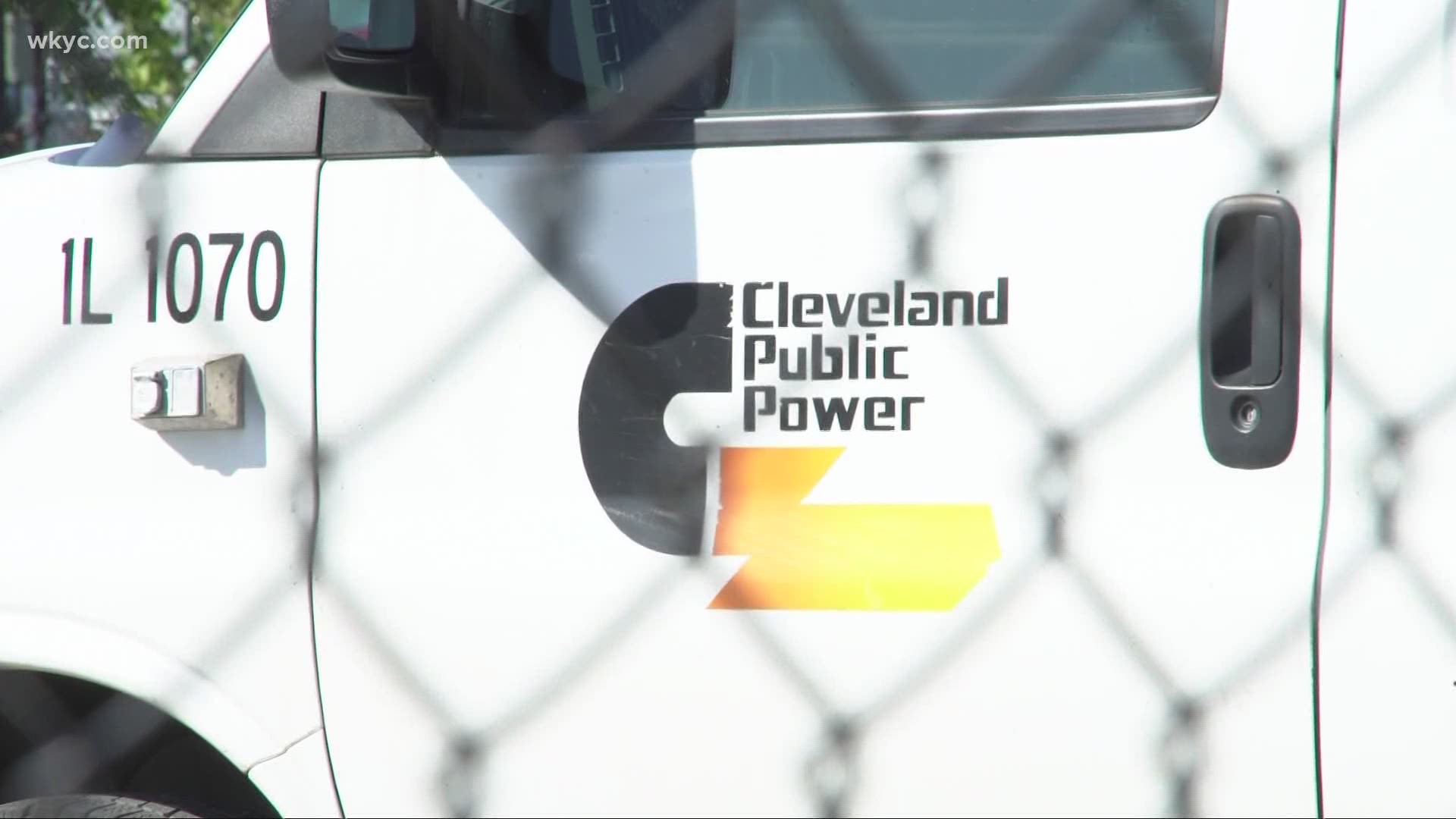 CLEVELAND — Cleveland Public Power is beset with problems that include uncompetitive rates, a weak financial condition, declining reliability and a dysfunctional management structure, according to a consultant’s analysis of the city-owned utility as outlined in a May 2019 briefing document given to city officials and obtained by 3News.

Without major changes to its rate structure, how it operates and how it buys power, the 114-year-old power system once known as Muny Light “is not sustainable,” the briefing document says.

The analysis recommends rate changes, including a three-phase, double-digit increase to its base rates.

Cleveland Mayor Frank Jackson’s administration, which has acknowledged problems at the utility, hired NewGen Strategies & Solutions in April 2018 to conduct a top-to-bottom financial, management and capital assessment of the utility and recommend a new rate structure and other changes. With Cleveland City Council’s approval, the city agreed to pay the firm more than $1 million for the work. (Initially, NewGen received a smaller contract but it was later amended to allow the consultant to go much deeper.)

For months, Cleveland City Hall had refused to release or discuss the findings of the briefing document. It told 3News earlier that the consultant’s work is not complete, therefore, certain documents – including a rate study – were not available as public records. Jackson’s office did provide copy of invoices, checks and other material related to the contract.

But 3News obtained an unredacted 80-page “briefing document” given to Jackson administration officials about NewGen’s findings. After 3News contacted the city about the briefing document, the city released a redacted version to 3News, which is missing certain rate and strategic information, including suggested rate hikes.

“The proposed rates in the document are preliminary and not based on full information,” Cleveland Law Director Barbara Langhenry wrote in an email. “Some of the opinions expressed in the document have not been fully evaluated. If it is the photocopied document that we assume that it is, the quality of the photocopy obscures a tag at the bottom of each page that states, ‘Highly confidential. Trade Secret and Proprietary Information,’ evidencing the City’s view of the information presented in the document.”

“Because the rate study has not been completed, the administration is not in a position at this time to recommend new rates to the Council, thus the Council has not been briefed on the unfinished rate study,” Langhenry wrote in response to a list of questions provided to the city about the briefing document.

The findings land squarely on Jackson’s administration, which has overseen the city and the utility for nearly 15 years.

Cleveland City Council is the watchdog of the administration and the utility on behalf of residents and major businesses that rely on the power system. It must approve any rate changes at the utility. The city has not increased base rates in decades.

President Kevin Kelley, who is considering a bid for mayor next year, says CPP's problems need to be scrutinized and announced recently the committee that oversees city utilities will hold a hearing in September. But Kelley is also looking outward, announcing this week plans to investigate critics of the city utility for possible ties to FirstEnergy.

In a statement Thursday to 3News, Kelley acknowledged CPP’s problems.

“I plan to become very involved in CPP - similar to my involvement with the water department when it was in crisis - to ensure it receives the capital and operational needs, including effective management, to deliver reliable power to its customers,” he said.

Here’s are some of the consultant’s findings about CPP contained in the unredacted version:

“A poorly functioning organization with unchecked decision making has placed CPP at a competitive disadvantage.”

The briefing document says the overall condition of CPP's electrical distribution system is “unacceptable, unsafe and an outlier compared to other similarly sized utilities.”

The briefing cites as an example of a “poorly vetted” decision the “above market” deal with American Municipal Power for power supply.

The city is losing money providing power to residential customers because the cost of service is more than the revenues they generate, the briefing says.

The problems outlined in the report don’t include the potential liability of a lawsuit against the utility that seeks to recover for customers $188 million in environmental charges the lawsuit claims were arbitrary added to bills. The city has been fighting the lawsuit, saying the charge is within its power. Councilman Brian Kazy, who head the utilities committee, had legislation drafted to block CPP from charging the environmental assessment but he was ultimately talked out of pushing the legislation.

Jackson’s office offered a lengthy statement about improvement at CPP. It reads in part:

“Cleveland Public Power (CPP) has experienced significant positive changes in leadership over the past year. A new Assistant Director, Interim Commissioner, Chief Operations Manager, and Interim General Manager of Operations and Engineering have all been put in place with the primary goals of reliability and viability. There has been clear direction that the new way of doing business must be transparent, fluid and inclusive. A major part of that inclusivity pertains directly to oversight. All long term and short-term contracts must be reviewed and approved by the internal oversight committee. … Financially CPP remains fiscally sound while exercising necessary restraint as a result of the current pandemic.”

This story is being updated with more information from the unredacted report. You can read below a copy of the redacted report released by the city.