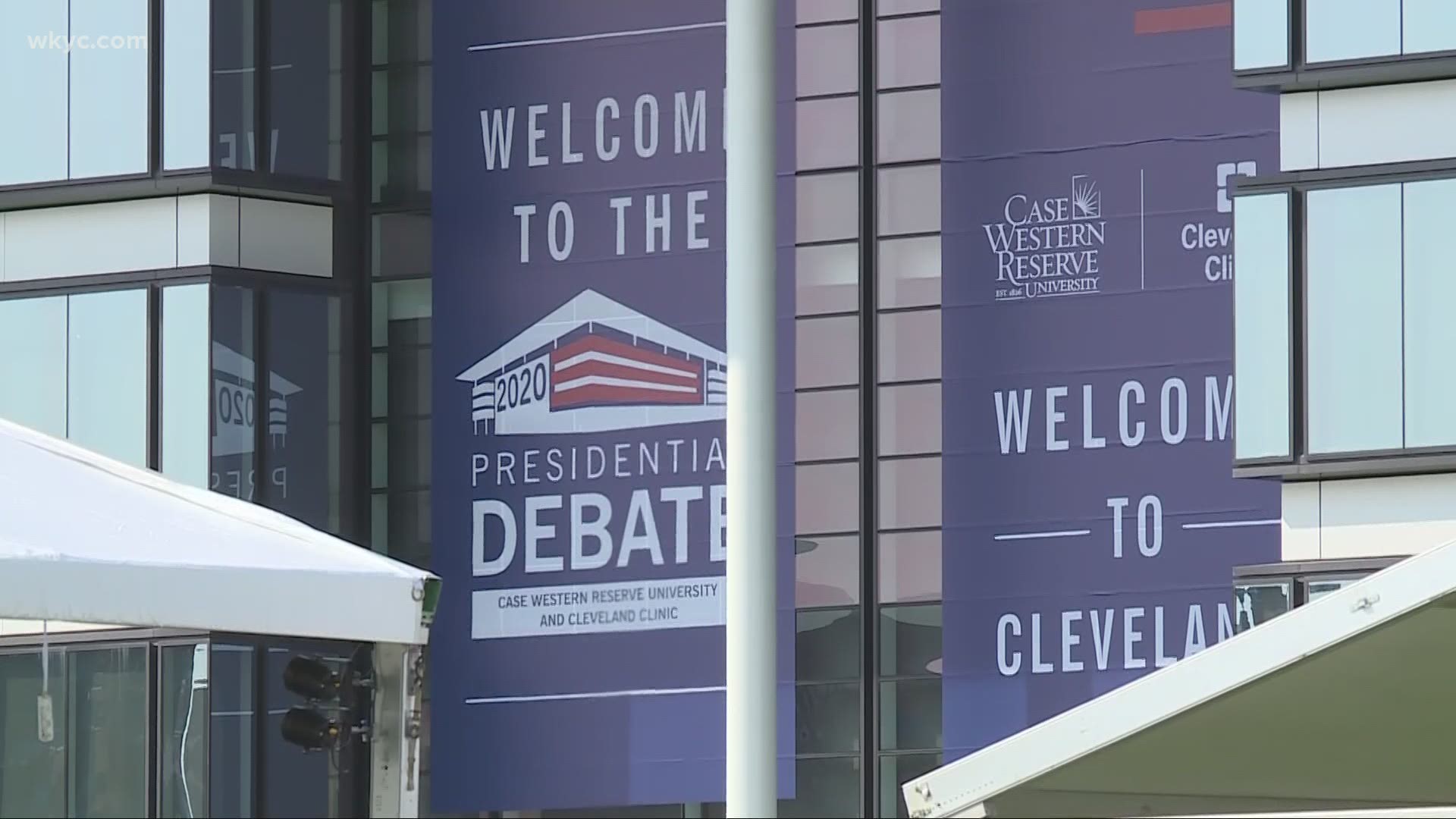 CLEVELAND — President Trump and former Vice President Joe Biden will be squaring off in Cleveland one week from today in what is one of the biggest political events of the year.

But the first presidential debate will not just test their skills and messages but also test the city of Cleveland’s ability to manage any demonstrations drawn to the national event.

Cleveland Clinic offered to host the first debate amid the pandemic and national unrest, a move not openly embraced by Cleveland Mayor Frank Jackson.

The city was caught off guard in May when a demonstration against police turned violent and left the city’s central business district damaged.

Now, Jackson appears to be preparing for such demonstrations.

3News has learned that the mayor asked Gov. Mike DeWine to send the National Guard to support Cleveland police during the debate.

Dan Tierney, a spokesman for DeWine confirmed the phone call and says a formal request is in the works. He also said the Ohio Highway Patrol will be providing support to the U.S. Secret Service.

The city and Cleveland Clinic continue to provide little detail about security plans. Tonight at 6 on What Matters Most, we'll hear from local institution near the site about what it’s been told heading into the debate.