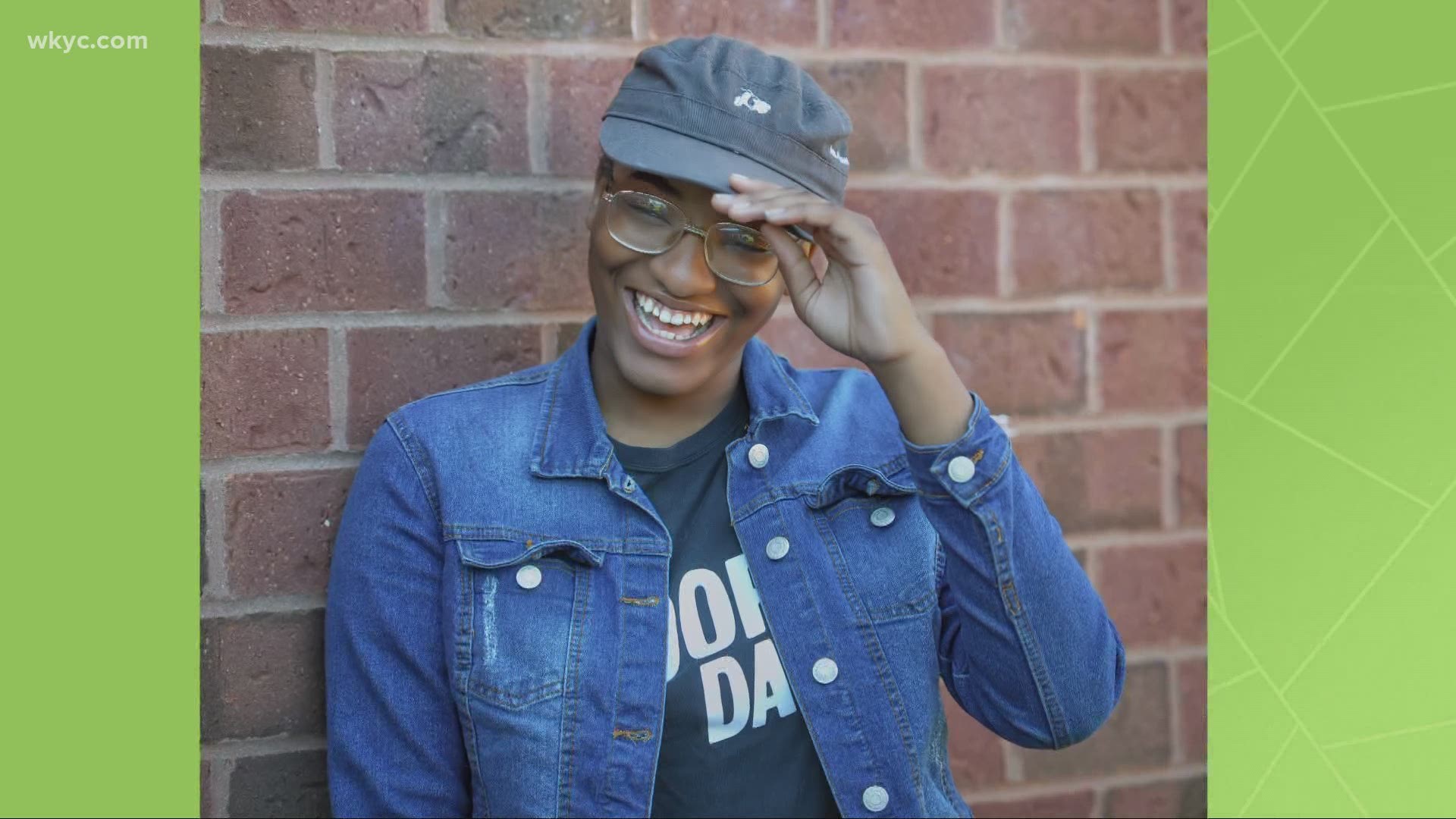 CLEVELAND — "People say 'you're too sensitive,' but I'm not too sensitive. I just try to normalize where I'm from, where it's like if you're going through something you keep it to yourself."

That's part of what you'll hear if you tune into the brand new "We Got You" podcast, produced by PRX Media, a non-profit media company.

The podcast, hosted by Samantha Logan who plays Olivia Baker in the popular Netflix series All American, shares advice from older teenagers and young adults to younger teens and kids in an effort to show them they're not alone. 18-year-old Jayla VanHorn of Cleveland says that notion has gotten her through the worst times in her life.

"When I was younger I experienced bullying. As I got older, that's when I began to self-isolate, because I was always a shy kid," she says.

VanHorn grew up with a hard hand dealt in her life. She did not have a dad growing up, and her mother dealt with severe depression. School was her safe haven, until fifth grade, where she was sexually assaulted by another student. That safe place was shattered.

VanHorn says she began to blame herself and became moody. She also felt isolated, like no one else would understand what happened to her. She developed a disorder in high school called trichotillomania, where she pulled out her hair to cope with stress. She remembers a photo from the Boys and Girls Club of Northeast Ohio's Cleveland Cavaliers finals celebration, where she is missing a whole eyebrow from pulling out the hairs.

"We Got You" is exactly what VanHorn wishes she had in back then.

"I started to realize things were getting bad when I was in high school. You know, in high school you have a lot going on with school and work, and I was also taking college courses at the time as well," she says.

"I definitely would have told myself it's going to be OK, there is so much more to look forward to in life."

She is featured on the latest episode, giving advice about not being alone and how to talk to someone when something is wrong. VanHorn also holds a big title to her name as the Boys and Girls Club of Northeast Ohio's Youth of the Year. She is also doing well in school as a freshman at The Ohio State University.

"We Got You" is also executive-produced by Highland Heights native Halle Petro. Her bio on the podcast website also lists her as a music and sound producer for commercials, documentary features, episodic television and podcasts for over 15 years. "We Got You" is her first fully-concepted, written and produced original work.

You can listen to the podcast from Spotify below. We Got You can also be heard where ever you get your podcasts.