Tiki Barge officials tell 3News that they are cooperating with the U.S. Coast Guard's investigation into the incident. 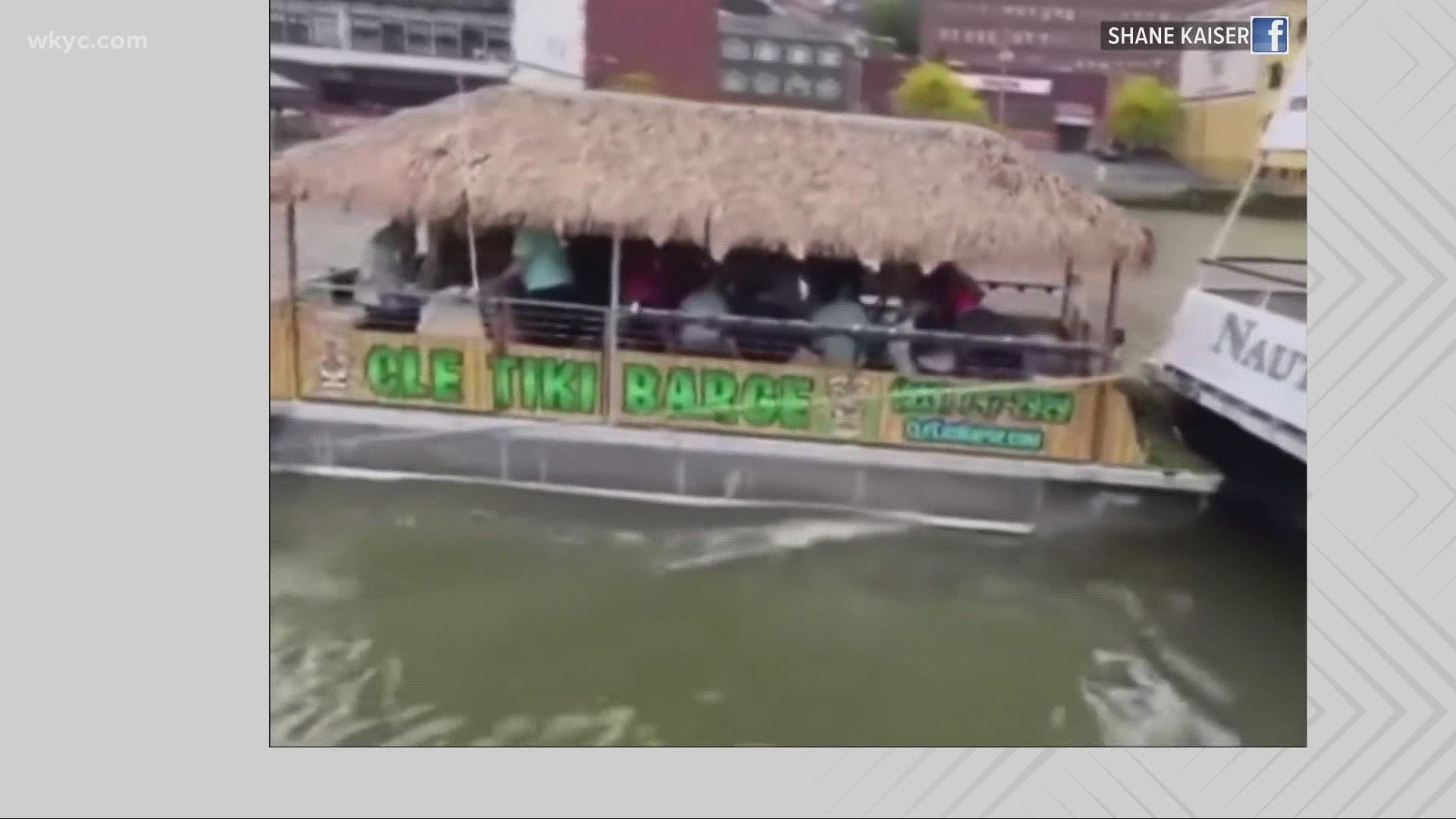 CLEVELAND — Editor's note: The video in the player above is from a story published on May 23, 2021.

A representative for the Cleveland Tiki Barge has confirmed to 3News that the captain in charge of operating the party boat during an incident in which it ran into the parked Nautica Queen has been fired.

"While this matter remains under investigation, and we need to be careful about going into detail, we want our customers to know that the captain of the barge in this incident is no longer operating our vessels," Brittany Orlando, representative for the Cleveland Tiki Barge, said to 3News in a statement.

In a video that has since gone viral, the Cleveland Tiki Barge, carrying 20 passengers, can be seen colliding with the Nautica Queen in the Flats.

Coast Guard officials say that no one was hurt and that the incident remains under investigation at this time.

"We are cooperating with the U.S. Coast Guard as it investigates the circumstances surrounding the accident that occurred May 22 on a routine cruise involving one of our barges," said Orlando. "This was an unfortunate incident, and we are relieved no one was seriously injured."

“The Coast Guard is encouraging boaters to demonstrate and promote safe boating, specifically always wearing life jackets,” U.S. Coast Guard officials said in a press release after the incident. “Much like wearing a seatbelt, you do not want to be reaching for your life jacket during or after an accident.”