Merchants were notified Friday they will get a preview amid concerns about slow pace of improvements. 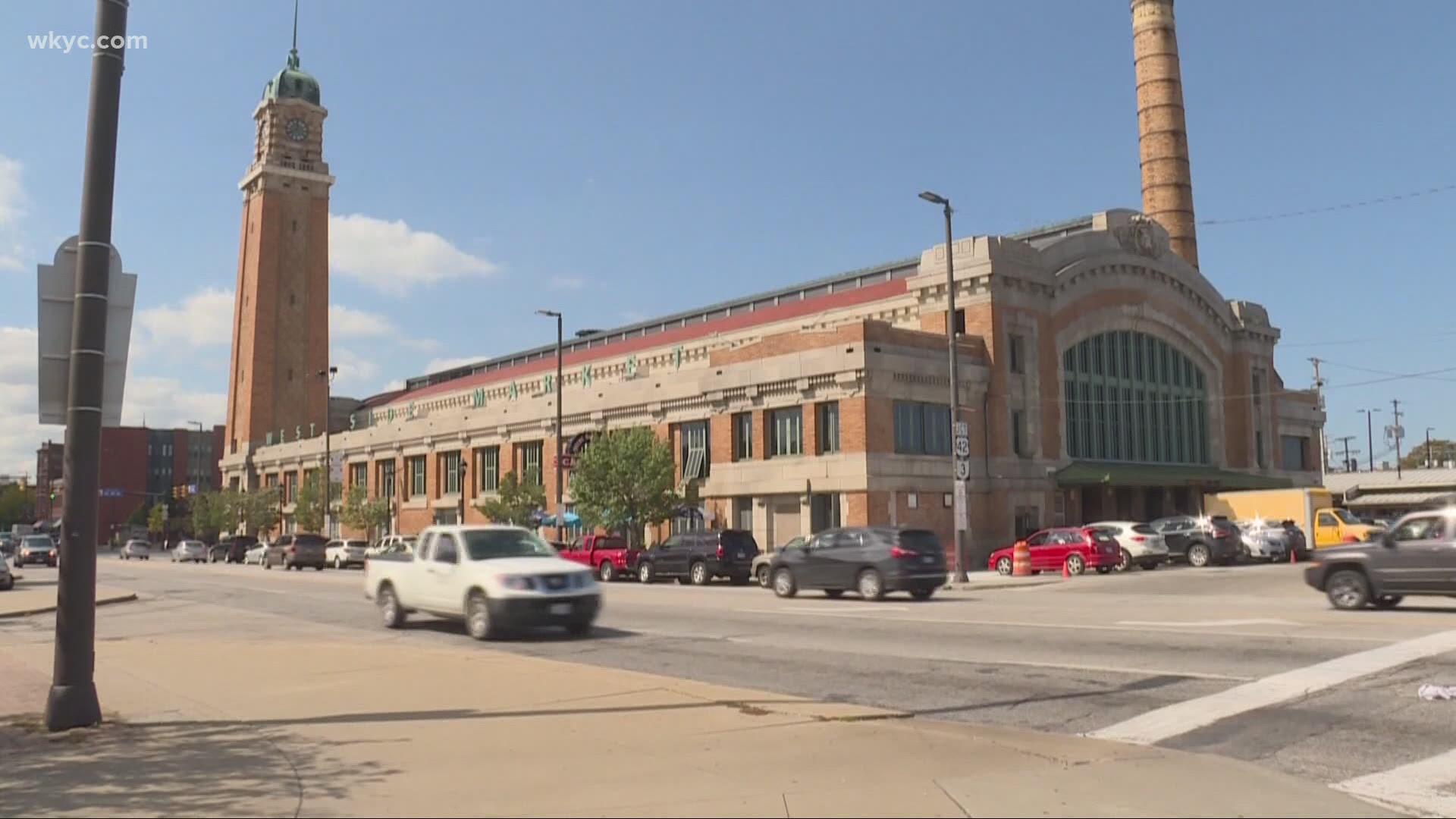 CLEVELAND — They say they’ve heard all before.

West Side Market vendors and customers are not getting too excited by City Hall’s latest announcement that it has hired a consultant to guide changes at the market. Years of broken doors and promises leave them worried about the historic market's future.

The inventory of needed repairs is still as long a grocery list: a poor electrical system, clogged drains, a damp basement, an unreliable elevator and outdated coolers in the merchant stalls.

Some of these items have been talked about for several years. Don Whitaker, president of West Side Market Tenants Association, told 3News Friday he discussed such items in 2018 when he took over as head of the association.

"We still haven't seen anything," he said. "Doors up...plumbing fixed, nothing like that,” he said.

Whitaker said the slow pace of improvements and the city’s failure to embrace a new vision and marketing plan leaves him skeptical.

"We need to work on our brand and all that," he said. "You know, our brand can't be talking to Mark Naymik every six months about how what the poor job the city's doing. I'd rather talk about issues in the past, like when we have great events here and stuff like that, and bring in shoppers in here."

Cleveland City Hall hired a consultant this week – an issue discussed for more than a year – to review the operations of the 108-year-old market. Whitaker said the consultant, David K. O'Neil, is well respected and has worked on city projects in the past and believes his hiring is a good move.

RELATED: City of Cleveland hires consultant to deal with ongoing issues at West Side Market

"I heard he was going to be hired and all that," he said. "He's worked with the city of Cleveland back in the 80s. I've talked to the former two managers ago who's retired. They say he knows what he's doing. He's respected in the industry with public markets throughout the world.”

Cleveland City Hall listed in a recent news release the millions of dollars its earmarked for market projects. The city has completed some projects but others have only been talked about for years. The city said work on key improvements are slated to begin soon, said the city. A $70,000 vendor booth prototype, which was begun in September 2020, is currently hidden behind a temporary wall on the North wall of the market. Whitaker received notice just today it will be available to be toured next week.

The city says the prototype specifically addresses the electrical and plumbing issues complained about for years.

Other improvements planned include:

Some of the improvements can’t come fast enough. Unreliable elevators force workers to take their chances with large loads of goods on slick ramps. (See video posted above.)

Such problems and declining foot traffic has hastened the departure of some vendors. Today, the market is nearly 58 percent vacant, Whitaker said.

“This place works best with competition,” he said. “Sure. I'd like to be the only chicken and pork right here. And, you know, but it will sustain itself. We need to replace these people. And there's always been a constant turnover. People retire, people get out of business. It's always going on. And in this place, what they've always been diligent in replacing them, you know, and now that's what we're not seeing is the replacement.”

Whitaker said he hopes the city will consider turning control of the market to a public non-profit like the Cleveland Metroparks.

The future market is already emerging as an issue in this year's race for mayor. Candidate Justin Bibb and former mayor Dennis Kucinich, who is considering a bid, have both publicly criticized the city’s handling of the market.

While the market has seen some improvements in recent years, it’s infrastructure has worsened overall and the market has seen a decline in tenant retention and foot traffic. These changes have occurred in part under the stewardship of Mayor Frank Jackson and Cleveland Council President Kevin Kelley, both potential mayoral candidates.