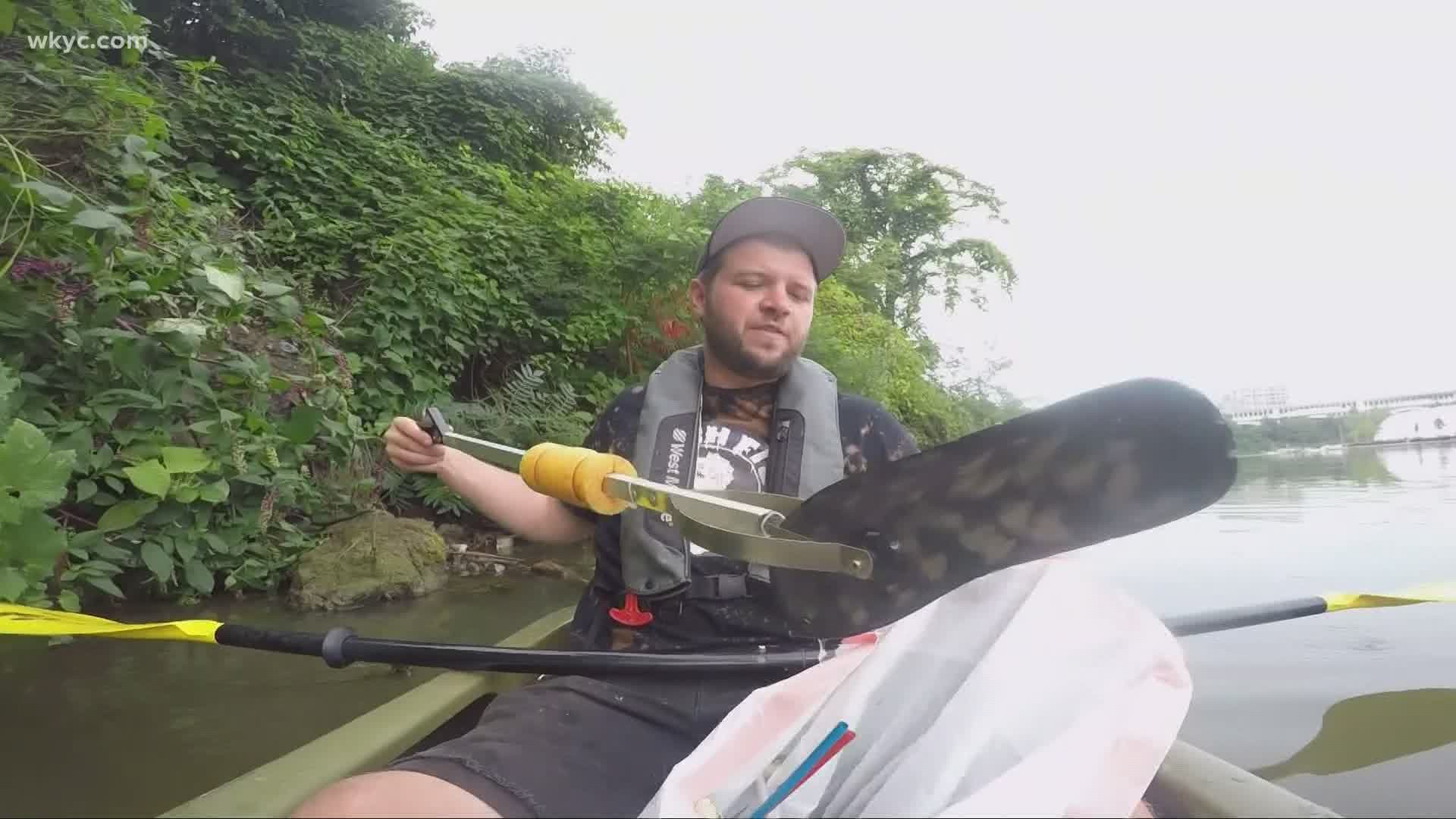 "Well, many people would say that I am not normal, that's for sure!" laughed Olschansky.

It turns out that actually catching fish is a little tougher than it looks.

"Hey, we're all great fishermen. Catching them is the hard part sometimes."

What the frustrated fisherman did regularly reel in on his trips up and down the Cuyahoga River was trash. A lot of it.

"When I was out fishing, if I couldn't catch any fish I know I could bring a net full of trash back."

So that's what he started doing.

Everything he found included an endless supply of plastic bottles to wrappers, plastic bags, Styrofoam cups, shoes, toys, bathroom hygiene products and the list goes on.

"You get everything," sighed Olschansky. "It's pretty shocking."

Seeing this problem, Olschansky chose to be the solution.

"I started leaving my fishing poles at home and prepping my kayak for just being a garbage truck basically," he said.

Armed with a kayak, a garbage bag and a picker, Olschansky ended up quitting his job to start Trash Fish -- an organization dedicated to fishing out the trash that pollutes our greatest natural resource, Lake Erie.

"This is the drinking water supply for 11 million people. What ends up at the mouth of this river is poisoning our water supply."

Olschansky originally intended to go with this project for six months. That six months has now turned into 24 months.

He also doesn't get paid for his work.

It has become a small army as he hosts tours with volunteers. He hopes to continue to grow, even partner with the state to make substantial changes.

"If your bathtub is overflowing, you don't run downstairs to grab a mop. You shut the faucet off immediately. We're the mop down here. We have to do something and it's gotta take the whole community."

RELATED: Cleveland Heights native, Super Bowl Champion Travis Kelce continues to win both on and off the field

RELATED: The show will go on: Cleveland Public Theatre reimagines 'party of the year' for 2020