Cleveland Whiskey looking to rejuvenate neglected section of the Flats

Cleveland Whiskey is renovating an old fruit and action building in the Flats and using whiskey bonds to help finance it. 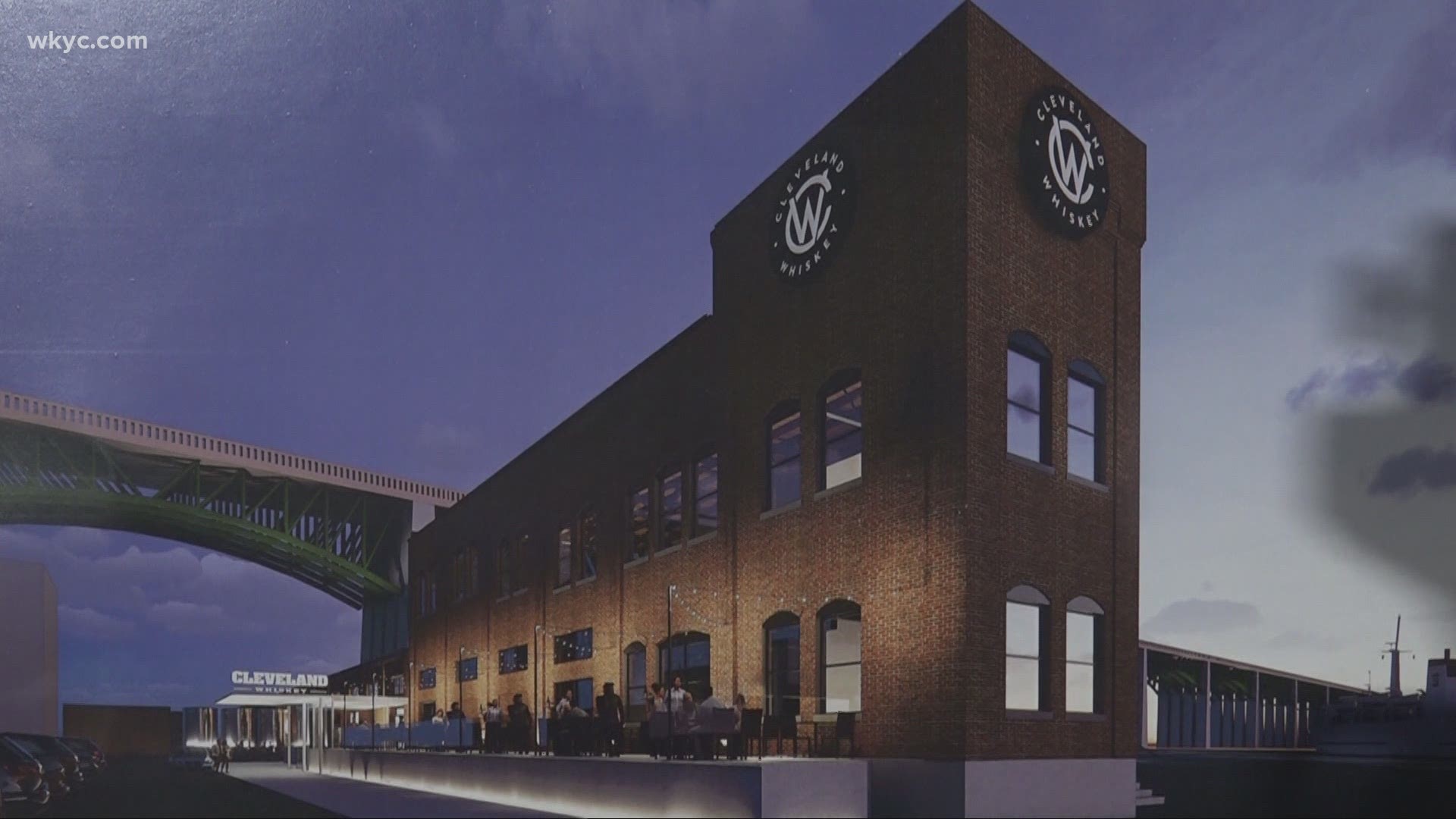 CLEVELAND — Could there be a new hot spot in the Flats? That’s the hope of Cleveland Whiskey as they look to rejuvenate a neglected area and they’re using an innovative funding source in the process.

“We have a really simple mission statement, it’s everyday make good whiskey and do the right thing,” says Tom Lix, Founder and CEO of Cleveland Whiskey.

Lix began developing that mission statement in his Parma basement, years ago while destroying numerous mason jars as he came up with new idea for Whiskey

“Just because you’ve been doing it the same way for generations, doesn’t mean that you have to do it that way,” says Lix. “I started experimenting in my basement, blew up close to 1,000 mason jars and came up with some technology that allows me to do things faster and better.”

Lix moved the operation out of his basement and into a small lab downtown in the Magnet building in 2009. After shipping the first bottles of Cleveland Whiskey in 2013, the company continued to grow. Now the production takes up 3 floors of the building and has been disturbing whiskey to 16 states and 5 different countries.

Lix says, “We’re bursting at the seams. We’ve been looking for space now for probably close to 2 years.”

Finally, they found their space in an early 1900s fruit and auction building on the Cuyahoga River.

“We’re going to put close to $10 million into the building and another $10 million into equipment,” says Lix. “When we’re all done, we’ll have at least 20 times the production capacity that we do now, so it’ll allow for some major expansion.”

In true Cleveland fashion, Cleveland Whiskey is thinking outside the box when it comes to securing funds to renovate the building. They’re selling whiskey bonds, which are like bank bonds, but these are backed by liquid gold.

Lix says, “It pays a very competitive interest rate. It’s not FDIC insured, of course, but we’re putting aside barrels for all of these membership units that people come in on. They’re going to mature for a minimum of 4 years, but at the end, people can get their accrued interest and principle back in cash of course like any CD, but they can also convert part of it or all of it, into whiskey.”

The renovation plan is slated to take about 18 months and includes a bar and restaurant on the top floor, in addition to the distillery and distribution. However, the ultimate goal is to help bring a historic Cleveland riverfront back to life.

“it’s a part of the Flats that isn’t developed and I think it’ll be a destination, it’ll draw other businesses into the area,” says Lix. “It’s right on the river with great views of the city. In my head, I think it’s just going to be beautiful.”