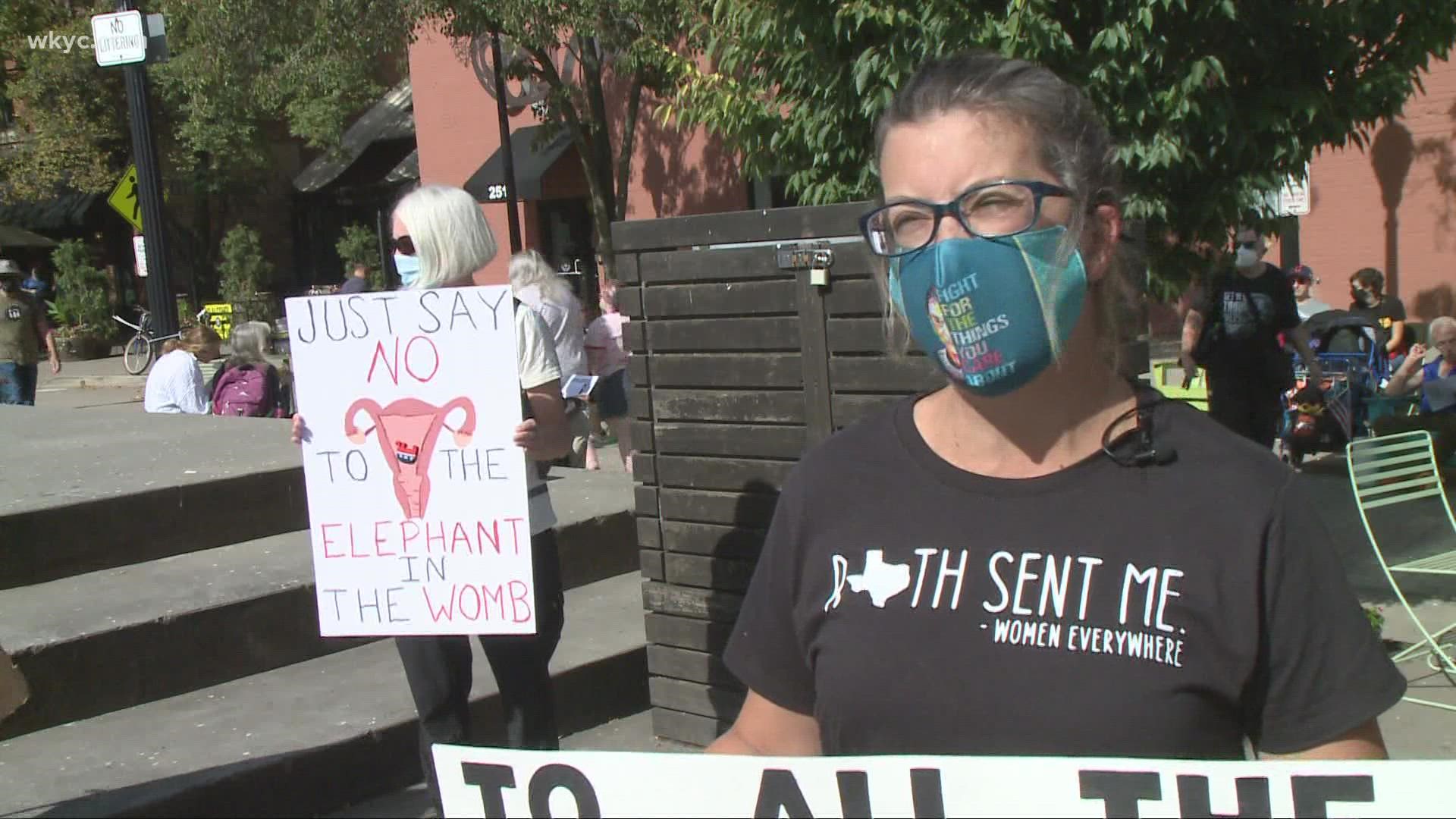 CLEVELAND — The chant, "my body my choice," was heard across the country today, including in Northeast Ohio.

The Cleveland Women’s March took place Saturday afternoon and brought more than 1,000 people to the streets of the city, all looking to show support for women’s civil and reproductive rights.

"I showed up here because this is something that is too important to sit back and say, 'gosh, we really need to do something,' our voices count and we need to make sure that people-- people that are in charge-- that they see. This isn't something that we are going to take lightly," said one marcher in Cleveland.

The in-person rally kicked off at noon at Market Square Park, right across from the West Side Market at the corner of W. 25th Street and Lorain Avenue in Ohio City.

“We want to make sure they hear us. We are going to be a voice and not an echo," said marcher Deloris Gray.

This march protested the controversial new abortion law in Texas and fight against similar laws happening in other states, including the possibility one is created in Ohio. Organizers also say they hope their stand brings to light issues such as violence against women and the attack on voting rights and on Civil Rights in general against women, poor people, Black people and other minorities.

According to the website, the march isn’t just for women in Cleveland, but all across the country.

“We will fight for the voting, civil and reproductive rights of women in Cleveland, in greater Cleveland, in Ohio and in the country," organizers said.. "And we want jobs, and equal pay as well as a minimum wage and access to quality healthcare. We want safe and affordable housing, criminal justice reform, educational equity and fair redistricting of congressional and state house and senate districts in Ohio. We call for police to value Black lives as if they were their own, and we support the LGBTQ community. We denounce mass incarceration, racism, sexism, excessive force, religious bigotry, and discrimination in any form or fashion.”

For more information on the march, visit the organization’s site here.