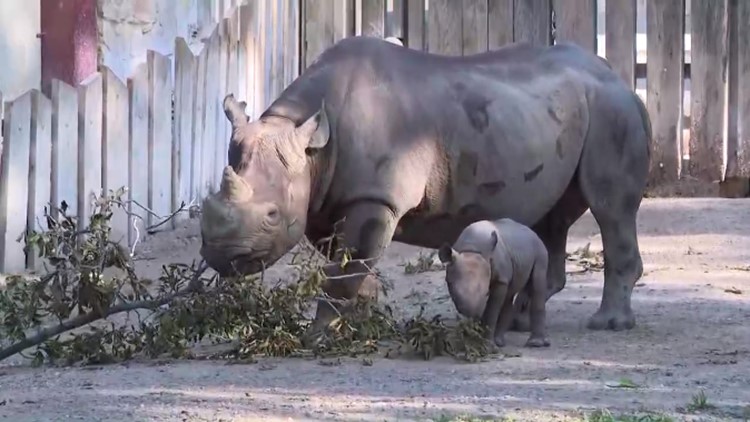 The zoo on Thursday announced plans to expand its rhino habitat in the African Savanna area. The expansion will include an additional outdoor yard for the rhinos, doubling the habitat in size.

Another indoor barn, as well as more features such as more overhead shade, misting areas, a mud wallow, vegetation and rubbing posts, will also be added to the habitat.

Construction is set to begin in the fall with completion slated for spring 2020.

The expansion will replace the former Monkey Island exhibit, which was recently removed as its former resident Colobus monkeys were transferred to a nearby habitat with more climbing space.

“Cleveland Metroparks has had tremendous success in breeding critically endangered Eastern black rhinos including the birth of two rhino calves in 2018,” zoo Executive Director Dr. Chris Kuhar said in a news release. “This expansion will better equip us to care for our rhino herd as we work to protect one of the world’s most critically endangered species.”