Officials with Cleveland EMS tell 3News that at least four children were taken to the hospital and that all were transported in stable condition. 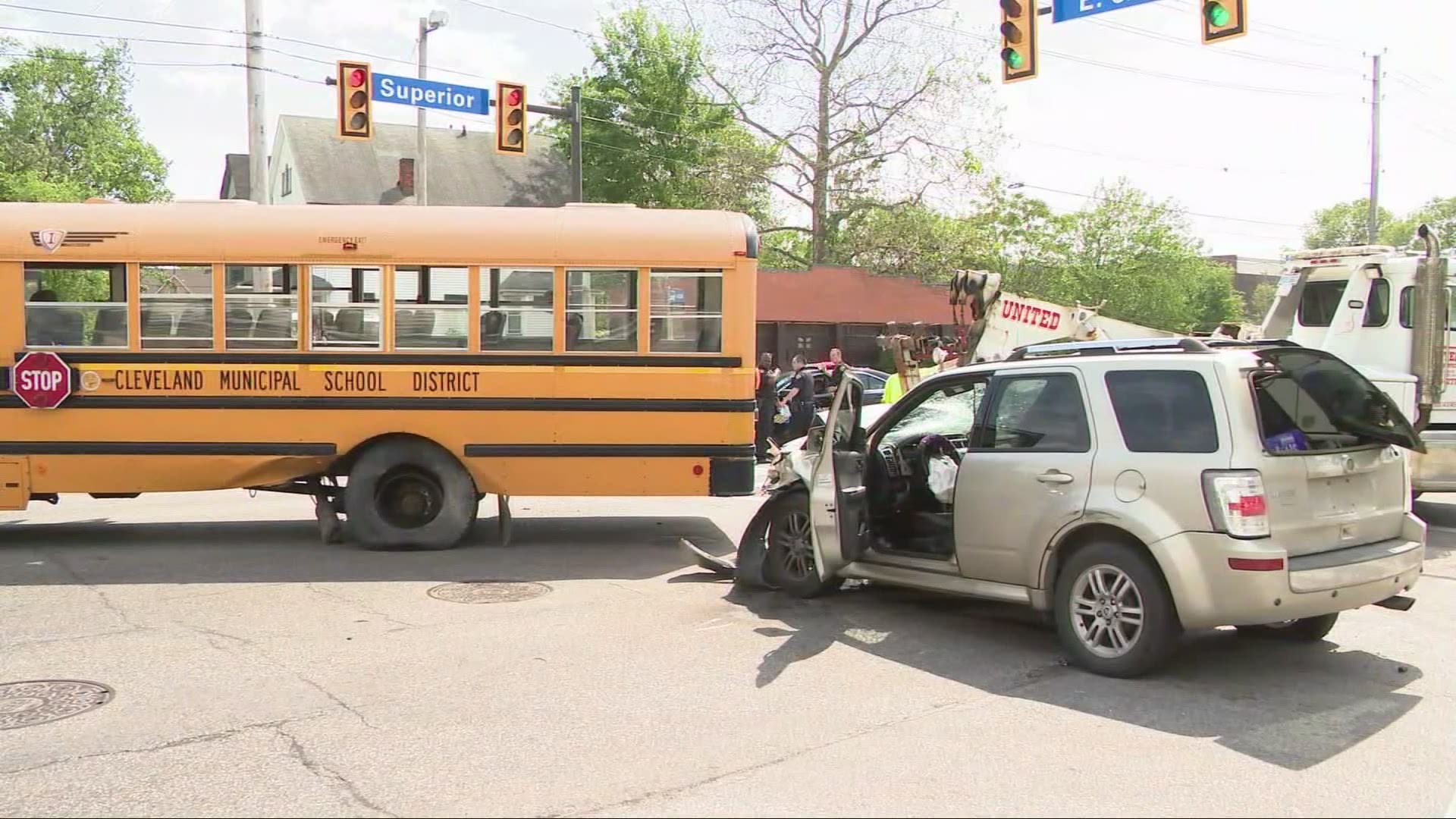 3News crews were on scene and were able to confirm damage to both the school bus and a gold Mercury Mariner. Images found below taken by one of our 3News photographers show the extent of the damage to the gold vehicle and the CMSD bus.

Officials with Cleveland EMS tell 3News that at least four children were taken to the University Hospital's Rainbow Babies and Children's and that all were transported in stable condition.

No additional information is available.

RELATED: Mentor parents outraged over school district's decision to not allow still and oscillating fans in classrooms due to possibility of COVID-19 spread