School uniforms will not be mandatory as a way to cut costs for parents and allow students a more inclusive wardrobe. 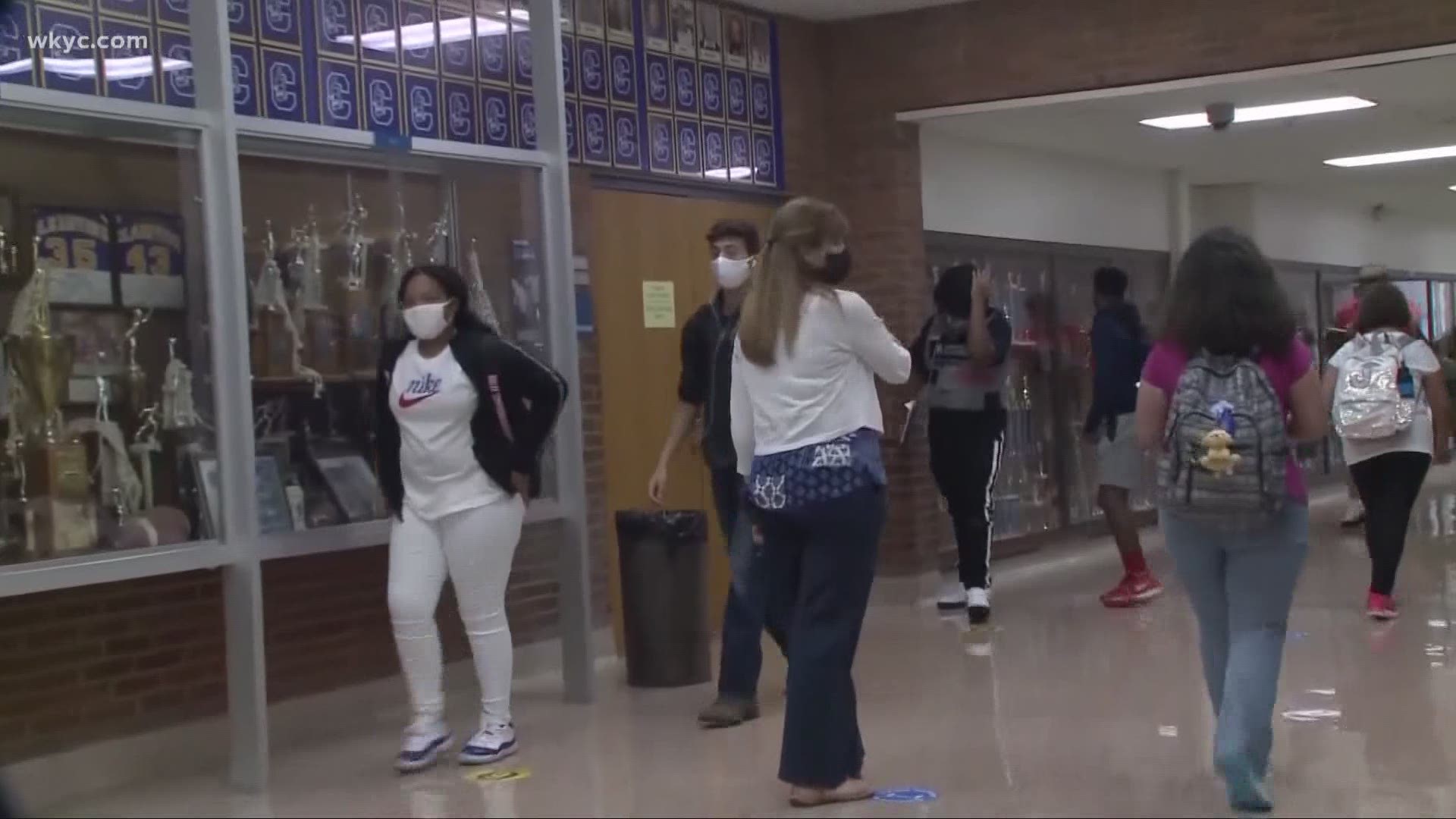 CLEVELAND — As area students head back to school in a little over three weeks, parents are already back-to-school shopping.

This year, however, kids in Cleveland and Akron can look forward to wearing some of the fashions they like, instead of the uniforms they've gotten used to.

In a letter sent to staff members on Monday, Cleveland Metropolitan School District CEO Eric Gordon revealed that the district had adjusted its dress code and will no longer require uniforms for the upcoming 2021-22 school year. Akron Public Schools has also followed suit.

"One of the areas parents, students and educators have all asked the district to revisit, both before the pandemic shutdown, once again as we reopened schools last spring, and now as we prepare for fall, is our CMSD dress code," Gordon wrote. "As a result, over the summer, a small task force of administrators and teachers reviewed the dress codes and dress expectations of a number of school districts in Northeast Ohio, in other large city school districts in Ohio, and in school districts across the country. This task force used the feedback we received from students and parents, as well as model dress code policies, to develop a new more inclusive set of dress expectations for the CMSD."

As a part of the district's new gender-neutral dress code, which Gordon said is intended to "ensure students dress in a manner that is appropriate, comfortable and conducive to an active academic school day," as well as "support all students in developing a body-positive self-image," CMSD students will not be permitted to wear the following:

Gordon also noted that students are not permitted to wear backless or open-toe footwear to school or at school functions and that students may continue to wear traditional CMSD uniforms, although they are no longer required.

"Schools and school communities that wish to maintain a more formal dress code as part of their school model are able to do so," Gordon said. "However, those schools must engage in a meaningful effort to include parents in the selection of the uniform and uniform combinations to be worn and must provide families with ample time to purchase the appropriate clothing before implementing that school-based policy."

It's virtually the same policy as Akron, and Director of Student Services and Security Dan Rambler says students and parents alike are welcoming the change.

"I know firsthand being a parent," Rambler told 3News. "I have four kids that are in Akron, and i'’s an issue of you having to get uniforms for them to go to school. Then kids, when they get home, change from their uniforms and put on clothes they're gonna wear the rest of the day, that they're gonna play in and do stuff in. That just creates that financial burden that we want to alleviate."

If uniforms are already part of the school’s model, your child still has to wear them. Parents and students can also opt to continue wearing uniforms in uniform-optional schools, if they choose.