The victim was identified as 24-year-old Sharaf Alhashim. 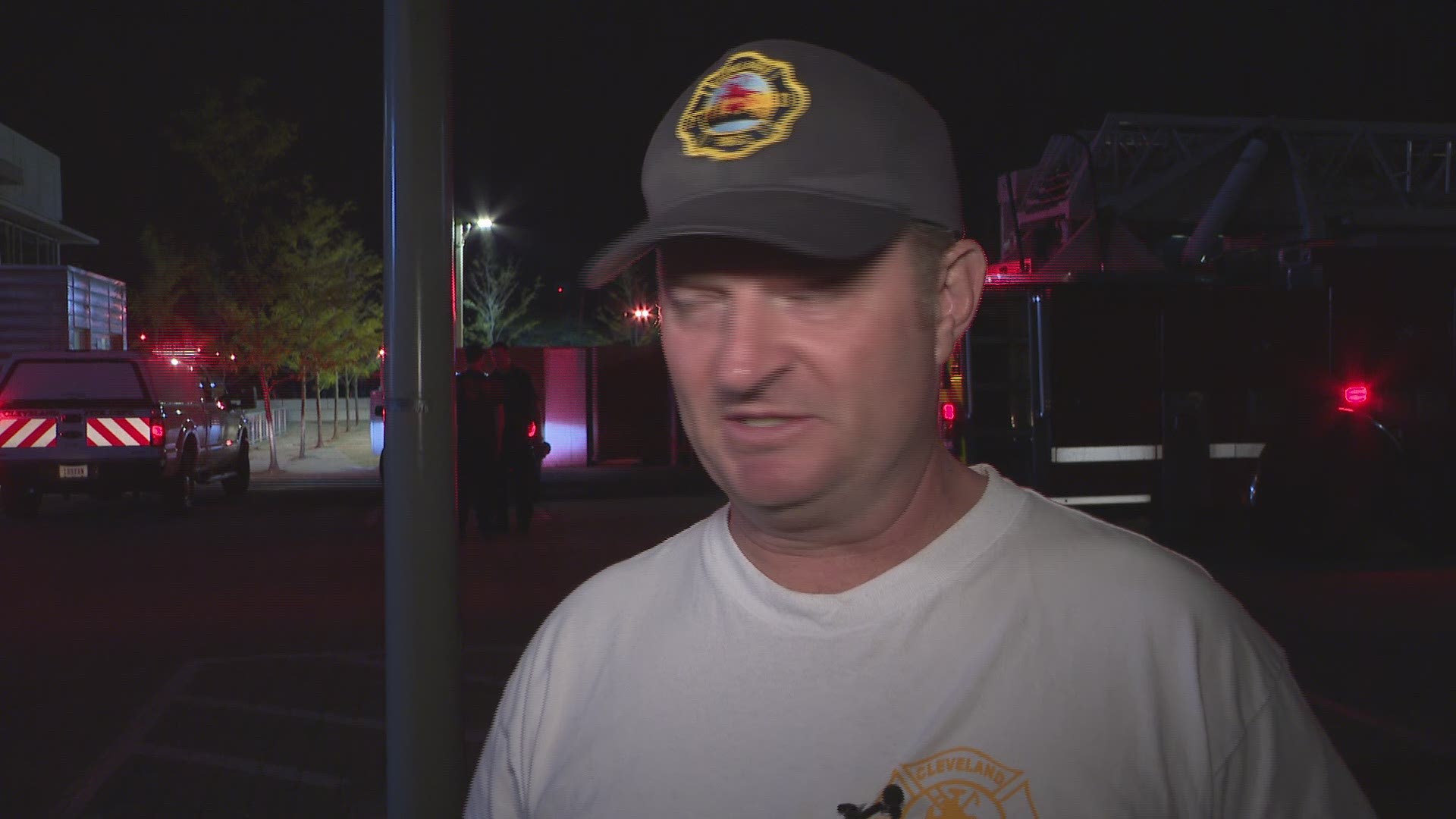 CLEVELAND — Rescue crews from several agencies were called to the area around Voinovich Park and the East 9th Street pier in downtown Cleveland on Wednesday night after a man jumped into Lake Erie.

According to officials on scene, the man was part of a group of people playing volleyball at the park. The ball apparently went into the water and the man went in to try to retrieve it, but never came up.

The victim was identified as 24-year-old Sharaf Alhashim, a foreign national from Saudi Arbaia. He was visiting the US on a student visa.

Cleveland Police, Cleveland Fire, U.S. Coast Guard, and Cleveland Metroparks all responded to the scene, approximately 100 yards away from the where the Goodtime III docks.

Alhashim was pulled from the water around 11:40 p.m. According to Cleveland Fire Department spokesperson Michael Norman, it's estimated that he was in the water for approximately 45 minutes.

Cleveland EMS administered CPR at the scene. Alhashim was taken to MetroHealth Medical Center in critical condition, where he later died.

The Cuyahoga County Medical Examiner on Friday ruled Alhashim's manner and cause of death as accidental drowning.