Jackson announced on Thursday that he would not be seeking a fifth term as the mayor of Cleveland. 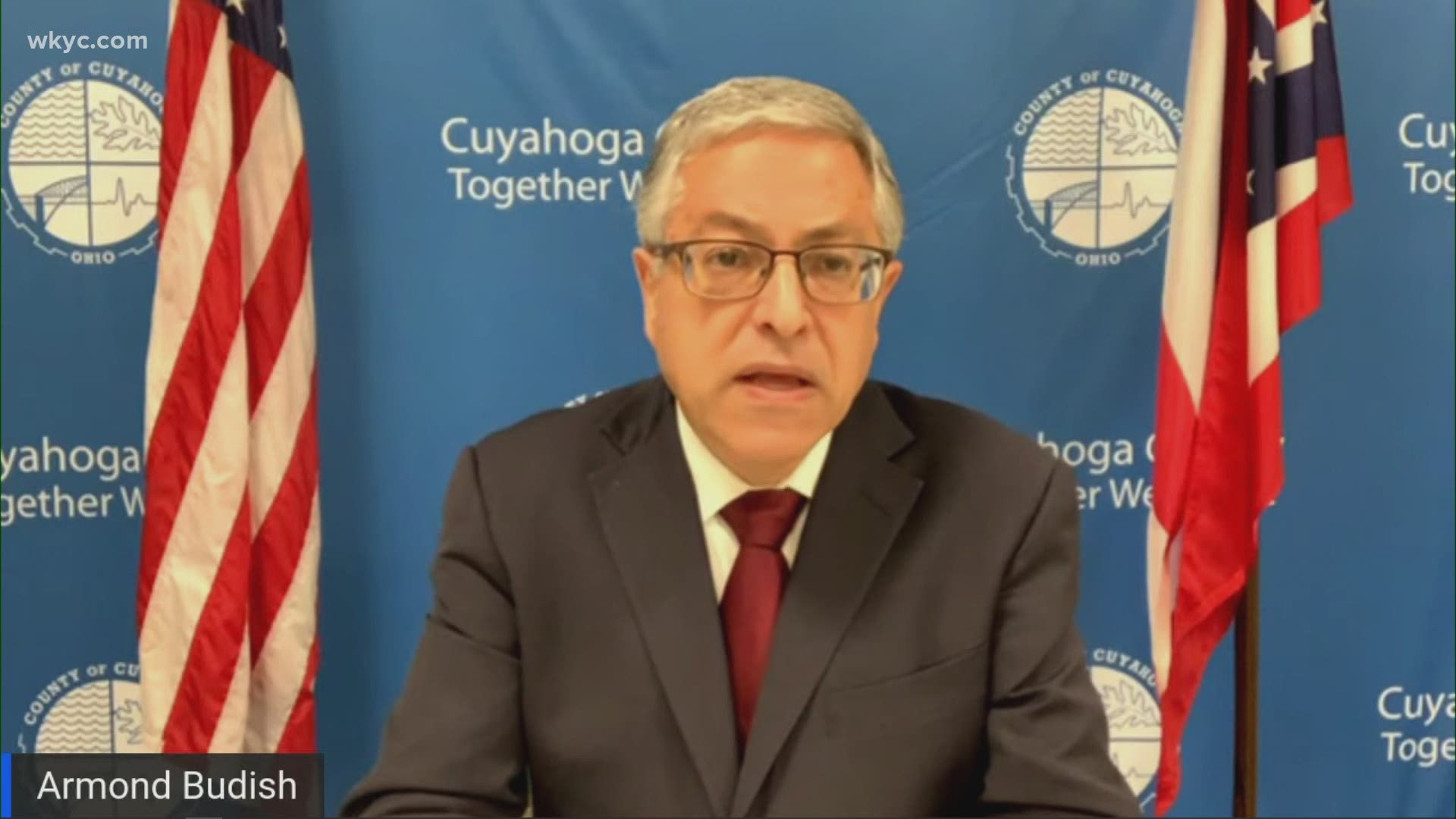 CLEVELAND — Editor's Note: The above photo was taken in 2013

Cuyahoga County Executive Armond Budish was front and center on Friday for a COVID-19 news conference on Zoom alongside county health leaders.

After giving an update on the county's response to the pandemic and its vaccine rollout, Budish saluted Cleveland Mayor Frank Jackson, who announced on Thursday that he would not be seeking a fifth term in office.

"I sincerely want to thank Mayor Jackson for his longtime, passionate service and steady leadership," Budish began. "His is a very tough, stressful job. Everything he did was for the people of Cleveland, not for himself."

Budish added that he and Jackson had an excellent working relationship. "Under Mayor Jackson's leadership, the city and county have collaborated on many important projects. I'm thankful to have another six months to work with him. We still have a lot to do."

As far as the future goes, Budish said he's looking forward to continuing to build on the collaborative efforts between Cleveland and Cuyahoga County with whomever succeeds Mayor Jackson.

Jackson will be stepping aside after being the longest-serving mayor in the city's history. On Friday morning, he told 3News' Russ Mitchell that it wasn't a tough decision.

“It wasn’t that difficult," Jackson said. "To be honest with you, it was more difficult the last time I ran because I also contemplated not running then. It was a more difficult decision then."

RELATED: Cleveland Mayor Frank Jackson tells 3News' Russ Mitchell what's next in his life, offers advice to his successor and reveals what he'll miss most

You can watch Mayor Jackson's conversation with Russ Mitchell in the player below: