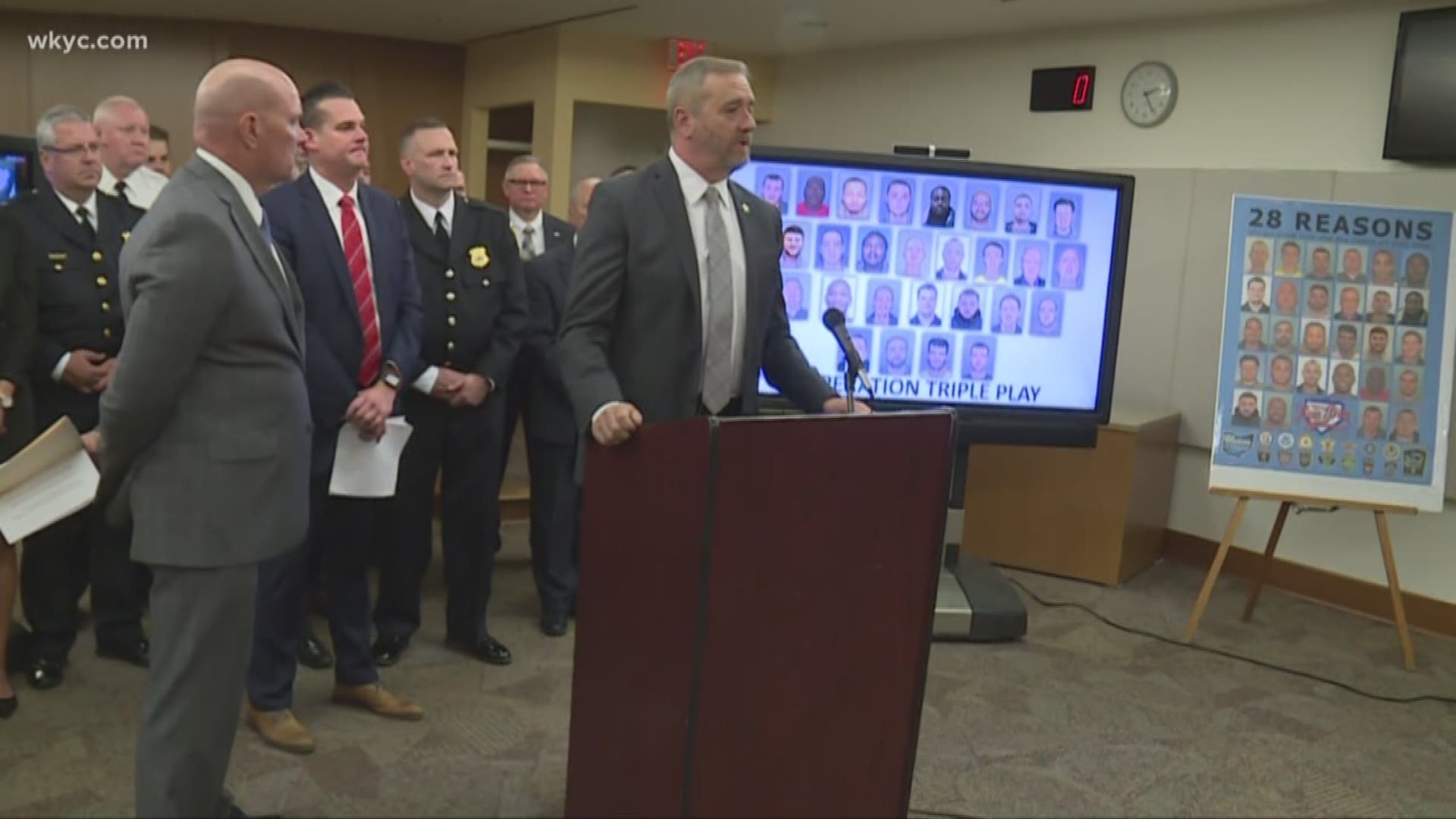 CLEVELAND — The Cuyahoga County Prosecutor's Office and Ohio Attorney General's Office on Thursday announced the results of a four-day operation to combat human trafficking during MLB All-Star Week in Cleveland.

Sixteen agencies assisted in the operation, including the Ohio Internet Crimes Against Children (ICAC) Task Force.

"Operation Home Run" targeted the buyer side of human trafficking of adults in Cuyahoga County. Twenty-one men were arrested and charged with soliciting prostitution within a two-day span.

The arrested individuals include:

"Operation Triple Play" was stationed out of a Newburgh Heights home, where undercover agents use the internet to chat with potential predators targeting minors. Authorities say 28 people were arrested during the operation. All were arrested and charged with unlawful attempted sex with a minor, importuning and possession of criminal tools.

"[Human trafficking] always hurts my heart," said Anne Victory, who is the director of education with Collaborative to End Human Trafficking, which is located in Westlake.

The organization’s mission is to “educate and advocate for the prevention and abolition of human trafficking while connecting services on behalf of trafficked persons”.

She says traffickers are looking for vulnerable people, mostly children, who are struggling with their identity, their school and personal life.

“They do it unfortunately at the jeopardy of the victim,” she said. “They’ll lure them in. They’ll make them big promises, pay attention to them and give them a shoulder to cry on and feed them and offer them a place to stay so when they get them and then they’re trapped and they can’t get out..”

Recently, there’s been more state investments to fight against sex trafficking. Also, the Governor John Kasich created a Ohio Human Trafficking Task Force, which is made up of multiple area law enforcement agencies.

Victory says their help has been crucial to fight the issue. She says education and awareness are key to fighting the issue as well.

“That’s why the posters are around town, the bus signs, the signage at the airport just raising awareness is extremely important,” she said.

But, Victory says we—the people—can help too by knowing the signs and red flags of who could be a potential victim.

"It's often someone who is appearing very distressed, almost disengaged, wont look at you, very frightened very nervous."

Her advice: If you see something, say something. She says that alone can save a whole lot of people.