He had served 15 years for a crime he did not commit. 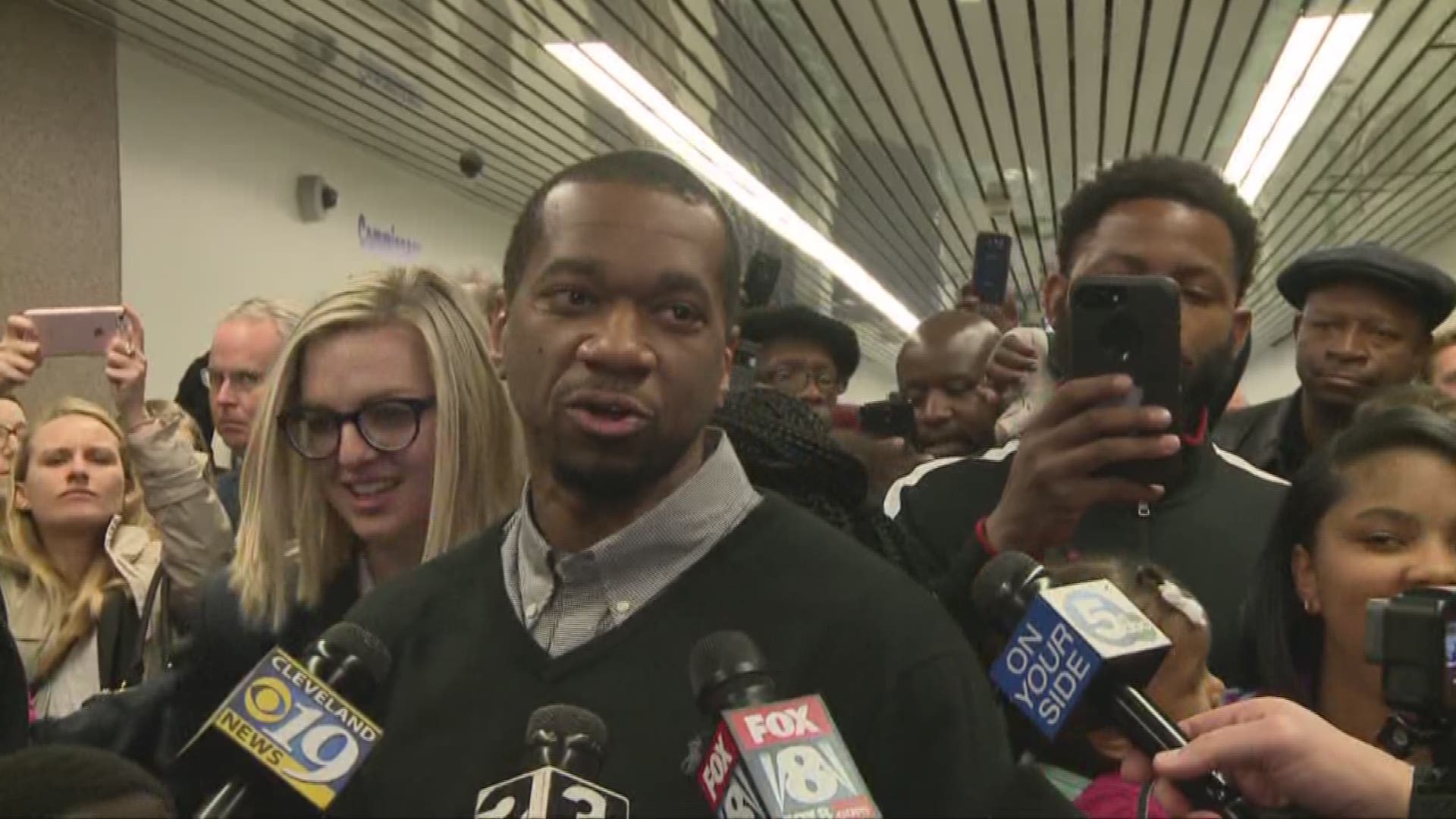 At the request of Cuyahoga County Prosecutor Michael O'Malley, a judge has vacated the aggravated murder conviction of Ru-El Sailor after he spent more than a decade behind bars for a crime he did not commit.

Sailor's conviction, stemming from the November 2002 shooting death of Omar Clark on Cleveland's Englewood Ave., had been a been the source of controversy for years, and he had maintained his innocence throughout.

Cuyahoga County Prosecutor Michael O'Malley directed his office's Conviction Integrity Unit to further look into the case 15 months ago, and the findings of that investigation were announced today.

In exchange for the dismissal of the murder, kidnapping, assault, and weapons charges he was originally found guilty of, Sailor agreed to plead guilty to one count each of perjury and obstruction of justice. Judge Nancy R. McDonnell, who presided over the original trial back in 2003, sentenced Sailor to 10 years in prison for those charges, but since he had already served 15 years of a 28-to-life sentence, he received credit for time served, and will instead be on probation for three years.

Two other people, brother and sister Cordell and Nicole Hubbard, also received maximum sentences of life in prison for their roles in Clark's murder. The current charges against Sailor stem from his lying on the stand about Cordell's involvement, which he now admits he knew about. He apologized to the Clark family in court today.

Despite agreeing with the request to vacate the murder conviction, Judge McDonnell chastised Sailor in court for his decision to lie to authorities, saying he was trying to protect his guilty friend.

"If you had just told the truth 15 years ago, you would not have ended up in prison," she said. "You put yourself in prison."

However, Omar Clark's brother Umar had fought for Sailor's exoneration, and expressed his gratitude at seeing "an innocent man walk out of prison."

"I hope that, when he walks out [of] this door, that he will value his life, and also those that surround him," Clark said.

Watch the emotional release of Ru-El Sailor from WKYC's Facebook Live in the player below: