A potential mayoral candidate, Kucinich is asking the EPA to review a project that includes a non-profit construction training school. 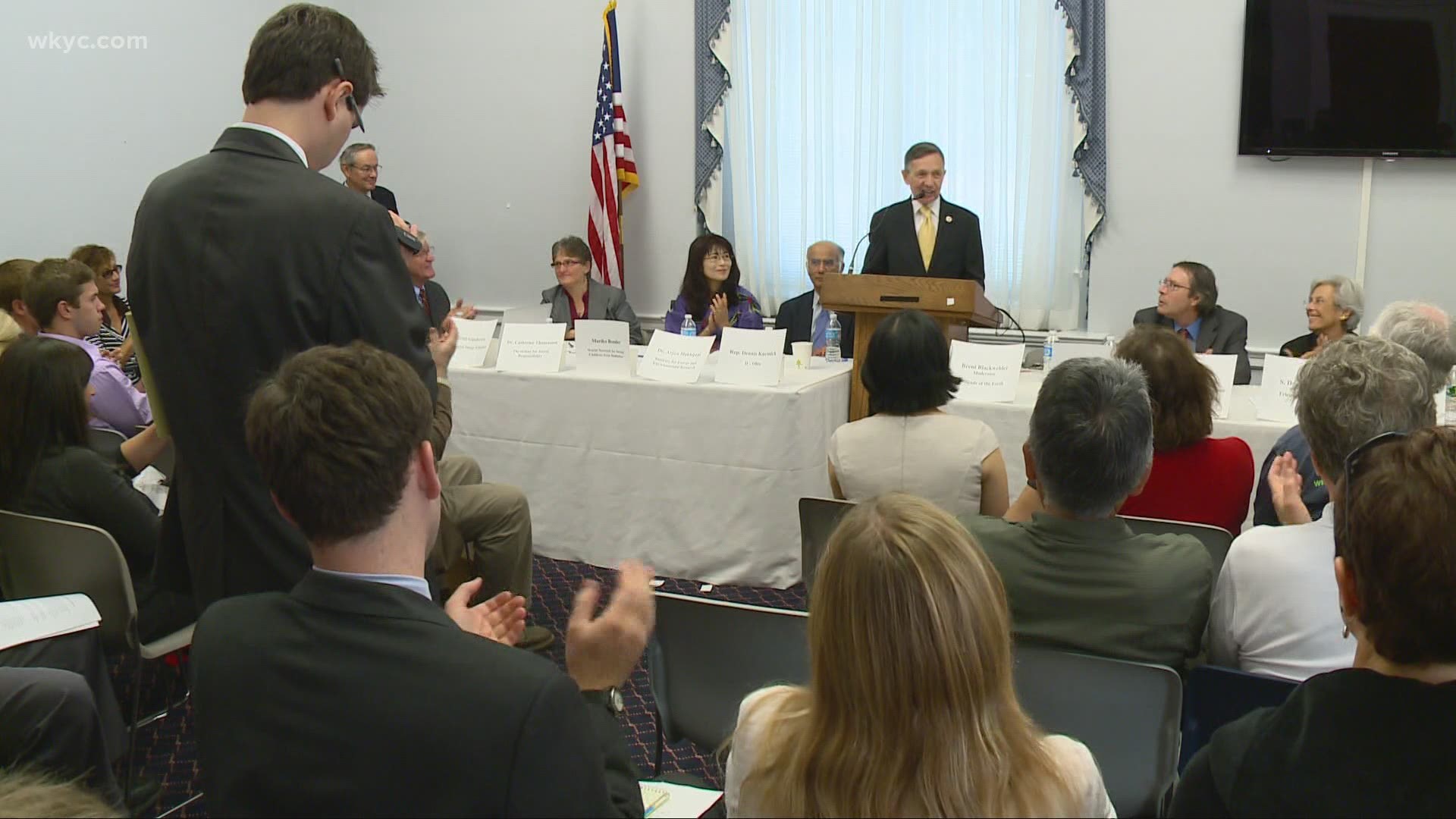 CLEVELAND — Editor's note: Video at the top of this story regarding Kucinich's potential run for Cleveland mayor was originally published Dec. 4, 2020.

Former six-term congressman Dennis Kucinich – who is contemplating a bid for City Hall this year – blasted Mayor Frank Jackson’s plans to build a construction school along Opportunity Corridor that includes a concrete and asphalt plant.

It is “an environmental and health disaster for predominantly Black Cleveland neighborhoods and the adjacent suburbs of Cleveland Heights, Shaker Heights, Beachwood and beyond,” Kucinich said in a statement. “There is a particular cruelty in asking people of color in areas of high unemployment to take a trade-off in health for alleged economic opportunity.”

Kucinich said he sent a letter to the EPA asking it to review the city’s proposal thus far.

In his public statement, Kucinich charged the city is ignoring readily available information about the dangers of such plants on residents.

Editor's note: Video in the player above was originally published on Nov. 24, 2020.

“The slightest research by Cleveland City Hall leaders would have revealed that even with controls, asphalt plant emissions, in an urban area will bring increased levels of cancer-causing formaldehyde, nickel, cadmium and benzene, within a two-mile radius, with pollution slowly dissipating over the next few miles depending on several factors, such as the height of the asphalt plant stack, the volume of asphalt produced, the wind direction and velocity,” he said.

Mayor Jackson has not said much about the proposal, first revealed by cleveland.com, which reports the leaders of key community organization have raised concerns about the possible environmental issues posed by such plants.

The project would be built around East 79th Street and along the Opportunity Corridor connecting Interstates 490 and 77 to University Circle. The school would include a 1.4 acre concrete plant and a 1.5-acre asphalt plant, cleveland.com has reported.

3News asked City Hall for a comment on Kucinich’s remarks and its plans for the plant. This post will be updated if the city’s responds.

UPDATE: More than twelve hours after the 3News story was posted, Cleveland City Hall offered the same statement it issued earlier to cleveland.com. You can read it below. The city also took issue in an email to 3News with the characterization that the plans for the asphalt plant is the mayor's plan. But the didn't offer additional comment.

The plan is being pushed by the Construction Opportunity Institute of Cleveland but would not otherwise have a chance without the mayor's support.

The Construction Opportunity Institute of Cleveland is one of many steps in a path that allows the City to assist in eliminating systemic inequities, disparities and racism. We have been engaged with the leadership behind the Institute for some time and have been working with them as they have refined their proposal from an idea into a project that will include first-class education facilities.

The curriculum is focused on training residents – in particular, city young adults in and around the Opportunity Corridor— the skills that are needed to get into the construction industry. It is our belief that the project’s vision to build a more inclusive workforce in Cleveland is entirely keeping with the vision for Opportunity Corridor. There will be an upcoming hearing of the legislation authorizing a lease/sale of the site before the Planning Commission and we encourage the public to follow along.