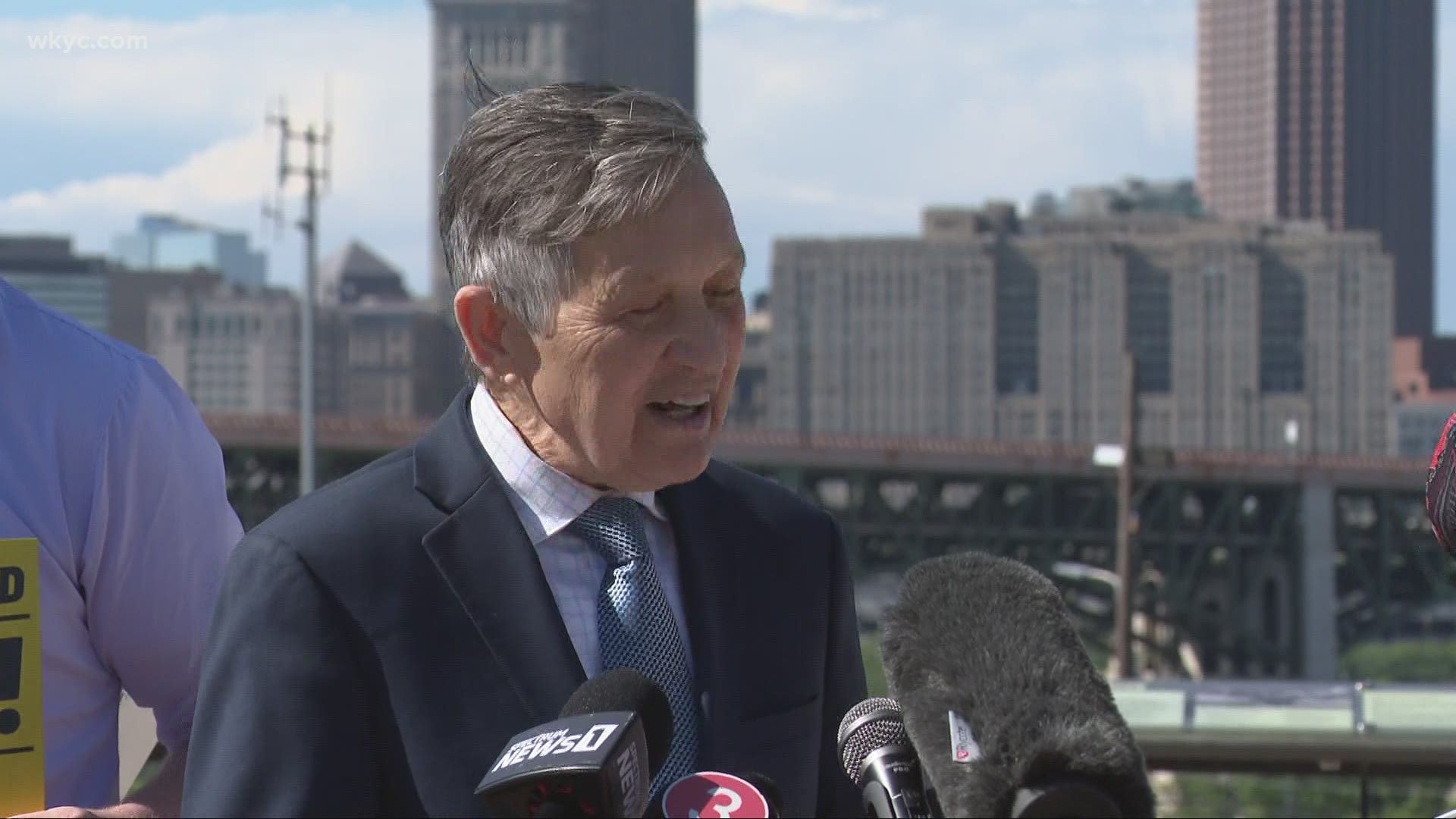 CLEVELAND — The man who was once known as the "Boy Mayor" is going to take another run at his former job.

On Monday, 74-year-old Dennis Kucinich officially announced his bid for Cleveland mayor, nearly 42 years after he last held that same position. Kucinich went on to become an eight-term member of the U.S. House of Representatives and a two-time presidential candidate.

"Our city needs a steady, experienced, healing hand in these divisive times. As mayor, I will seek to unify our city, by meeting the challenges to safety and security - which exists in every neighborhood," Kucinich said in his announcement in Tremont.

Safety and security was the theme of Kucinich's speech on Monday as he focused on the high amount of crime in Cleveland. He offered several proposals to help the city's police department, including a pledge to hire 400 new police officers.

"We will increase police pay and attract quality applicants to law enforcement through providing college tuition to those who will commit to five years of service in the Cleveland Police Department," Kucinich added.

He also called for police to be able to pursue violent felons, adding that he would seek to purchase two new helicopters to help minimize chases. "We must send a message loud and clear to violent felons: A strengthened Cleveland police force will pursue you. You cannot escape. You will be caught. You will face justice," Kucinich stated.

Kucinich also pledged to hire 100 additional personnel, whom he described as "safety assistants," to help the police department respond to non-violent incidents. He said that these staff members would have special skills, like counselors, "because, as we know, not every call to police needs an officer to respond," he said.

3News' Lynna Lai asked Kucinich how he intends to pay for these police proposals during Monday's announcement. "The city has a rainy day budget," he explained. "It's raining bullets in some of our neighborhoods, so we're going to tap that. The city is getting $541 million from the federal government, we're going to tap those funds. We have an urgent need right now, we can't wait."

Kelley issued a statement on Monday night, following Kucinich's announcement of his mayoral bid, writing, "This election is about the future. Our City has made great progress in digging out from the dark days of the past. We cannot afford to go back."

The mayoral primary is September 14, and is a non-partisan primary, which means the top two candidates will advance to the general election on November 2, regardless of the party.

You can watch Dennis Kucinich's mayoral announcement in the player below: