The facility would include 60 national retailers along with views of Lake Erie, a rooftop bar, and places for entertainment. 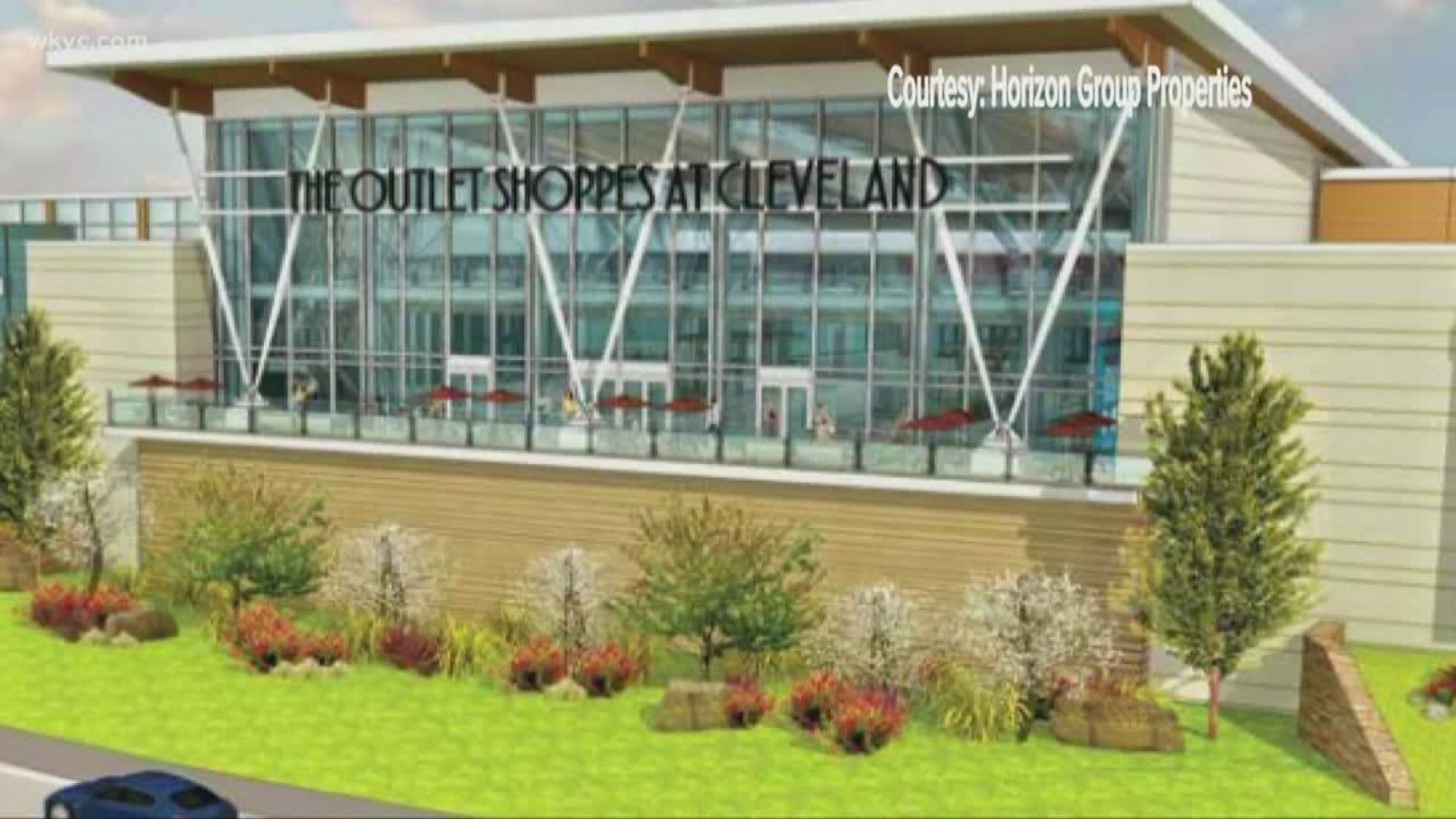 CLEVELAND — An Illinois developer has plans to transform part of the downtown lakefront, by building an outlet shopping mall in a section of Cleveland's Municipal Lot. However, representatives from City Council say they will not even entertain the idea.

The talk surrounds details released by Horizon Group Properties, which is proposing a structure called "The Outlet Shoppes at Cleveland" that would open in 2022. The facility would include 60 national retailers along with views of Lake Erie, a rooftop bar, and places for entertainment.

The idea was originally proposed for the north side of the Shoreway several years ago, but then as well as now, council members are concerned about sustainability.

"All you need to do is head about 40 miles south of Cleveland to Lodi, and go to their retail big box outlet," Ward 15 Councilman Matt Zone told 3News. "That is maybe 30 years old, and it's under 75% occupancy. Retail is changing."

Yet many residents disagree, saying they would like to see more happening in downtown Cleveland.

"I think that any added development would be welcome," Sydney Taylor, who lives downtown, said. "I think the population is declining and we need to do something to attract people."

"Any time we can bring in more commerce to the downtown area is always a good thing," Cody White, who works downtown, said. "However, we should really consider supporting more local businesses and not national retailers, though."

Since the land is owned by the city of Cleveland, the city council would have to pass legislation to deem the property surplus land. If that's approved, an RFP would be put out for developers to determine the best use of the property.

According to a city council spokesperson, they are not entertaining that idea.

Ward 3 Councilman Kerry McCormack believes it's important to look at the lakefront holistically when it comes to development.

"And how we're going to develop it for the next fifty, a hundred years and how we connect people from the city to the lake, we have to be really thoughtful and really strategic about that," he says.

McCormack says he would never completely disregard anything and that he listens to every proposal that crosses his desk.