How far has Cleveland come in the year since George Floyd died? 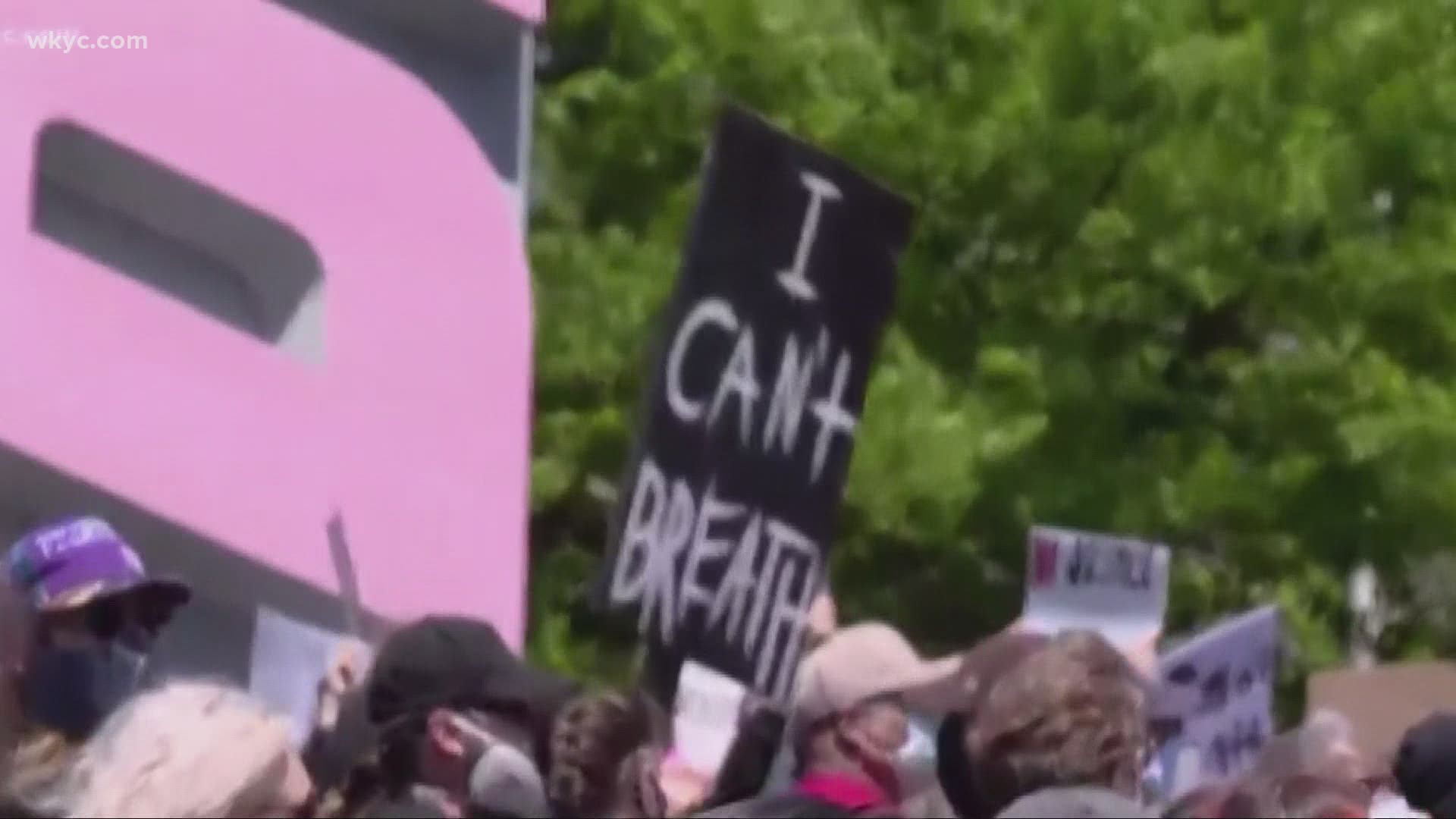 CLEVELAND — In the aftermath of George Floyd’s murder, the city of Cleveland experienced protests, riots and more. Peggy Zone Fisher, CEO of The Diversity Center of Northeast Ohio, says her business was flooded with companies asking for help.

“So, we have engaged in dialogues, we’ve helped create dialogues and trainings around justice equity diversity and inclusion,” says Fisher.

Enlightened Solutions Diversity Consultant and co-owner ChiChi Nkemere says some organizations quickly realized what may have started as a temporary symbol would become permanent.

“The importance of equity and inclusion is not a phase. This is not something that’s going to roll over later on, it’s not a trend,” says Nkemere.

“Cleveland doesn’t have a diversity problem, we have an inclusion problem. We need to start with executives to make real change on that,” says Studenic.

The diversity experts say hiring a diverse staff is one of the keys to a successful future, but not the only thing.

“If they don’t feel that their voices are heard, and that they are participating and included, then companies are going to lose,” says Fisher.

RELATED: George Floyd family starts fund to support the neighborhood where he was murdered

So for Cleveland to win, the diversity experts say we need to move on from listening, thinking and processing, and move towards action.

“We have a lot of deep-seeded structural racism in Cleveland that can be fixed with investing in the individuals that know how to actually solve these problems,” says Nkemere.

According to our experts not only is diversity the right thing to do, it’s actually good for business.

According to Forbes, companies in the top 25% for ethnic diversity outsell their competitors by 35%. Forbes attributes a potential link to the more diverse employees being able to reach the growing more diverse market.