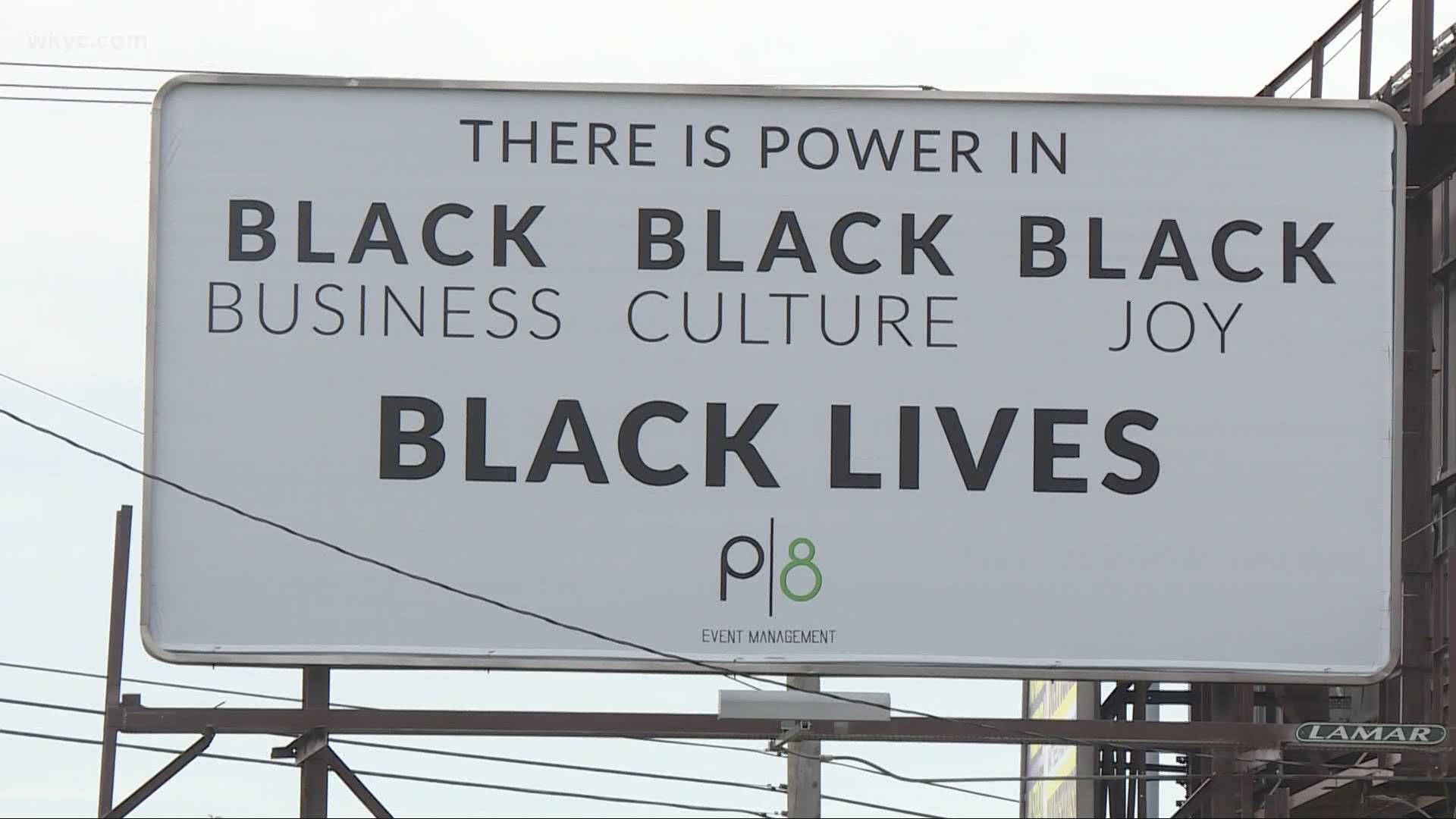 CLEVELAND — There is a relatively new billboard at Carnegie and East 22nd meant to catch your attention. It’s creator, Devin Joyce, is normally busy with her company Passion8 Event Management, managing entertainment and sporting events.

The pandemic has slowed down business, but her company created this billboard after feeling as if the discussion around racial inequities died down.

“Just partnering one time to do a 'a show and tell type of thing’ that’s not beneficial,” says Joyce.

But signs matter. This past weekend there were protests at an Elyria restaurant over a sign that read ‘Black lives don’t matter, All lives matter’. The Dinner Bell manager, Robert Reynolds, telling 3News, it was a misunderstanding.

Joyce says her words are deliberate. The billboard is meant to highlight elements of Black lives she thinks people should be thinking about. Black business, Black culture, and Black joy.

A new billboard downtown is raising eyebrows on purpose! Why a local CEO had it made and the conversations she hopes it sparks at 6 p.m. on @wkyc pic.twitter.com/nNogveLQHp

Joyce hopes the billboard gets any person who drives or walks by the motivation to talk about it at home and at work.