The actor and singer, whose legal name is Jared Bell, was charged in connection to a December 2017 incident. 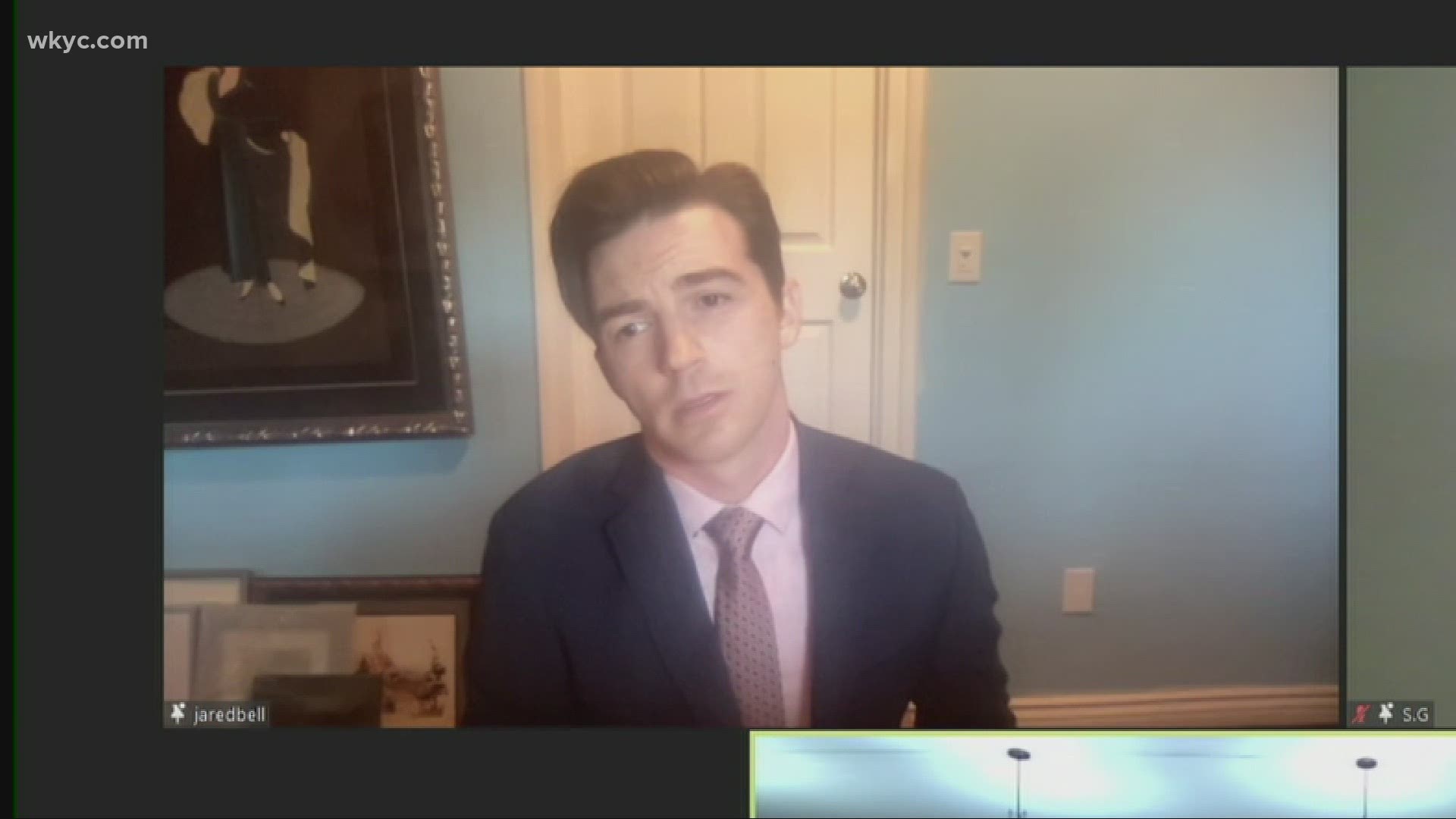 CLEVELAND — Editor's note: Video at the top of this story of Bell's guilty plea was originally published on June 23, 2021.

During a Monday morning sentencing for Drake Bell, the former Nickelodeon actor who previously pleaded guilty to criminal charges in Cleveland involving a minor, Bell was sentenced to two years probation by a Cuyahoga County judge.

Bell pleaded guilty to attempted endangerment of children and disseminating harmful material and received two years probation, 200 hours of community service, as well as no contact with the victim.

'I accept this plea because my conduct was wrong," Bell said at the beginning of his statement.

During the sentencing in the Cuyahoga County Common Pleas courtroom, the now 19-year-old victim, addressed as 'S.G.,' spoke to Judge Timothy McCormick and the court asking for Bell to receive the maximum sentence.

'S.G.' told the court that she had been 'groomed' by Bell, beginning at the age of 12, and that at the age of 15, Bell told her to 'hurry up' and grow up after allegedly exchanging messages that were sexual in nature.

The girl also told the court that the two of them had oral sex and that the only reason things 'did not go further' was because she was menstruating. She also says that Bell has 'publicly found humor' in the crimes and 'does not have an ounce of remorse.'

'He is evil,' the young girl said during the Monday morning sentencing. 'Jared Drake Bell is a pedophile and that is his legacy,' the girl said concluding her statement.

The victim also told the court and Judge McCormick that her parents have spent nearly $8,000 on therapy for her to get past this.

'Your position and celebrity status enabled you to nurture this relationship, you were able to gain access to this child, and to gain the trust of this child," said Judge McCormick.

"I just wanna apologize to her and to anyone else who may have been affected by my actions," said Bell at the end of the sentencing.

You can watch the full sentencing below:

Last month, Bell, whose legal name is Jared, entered a guilty plea to the following charges:

You can watch last month's full-court hearing in the player below:

Bell, best known for his roles on Nickelodeon’s Drake and Josh and The Amanda Show, faces up to two years in prison. Before Bell pleaded guilty, however, the judge noted that prison time is not mandatory in this instance.

Police say the incident occurred back in December of 2017, when Bell was performing at the Odeon Concert Club in the east bank of Cleveland's Flats. At the time, Bell was 31 and the alleged victim was 15. Although authorities did not specify what happened at the club, they did claim Bell and the girl knew each other for years and that he allegedly sent her inappropriate messages in the months leading up to the concert.

The girl reported the incident to Canadian law enforcement in 2018, and they subsequently gave that information to the Cleveland Division of Police. It was not until earlier this month, however, that Bell was arrested.