E-scooters are back in Cleveland with new safety measures

Supporters of the scooters say the city is prepared to handle them – and are hopeful they will encourage more people to get around the city and explore. 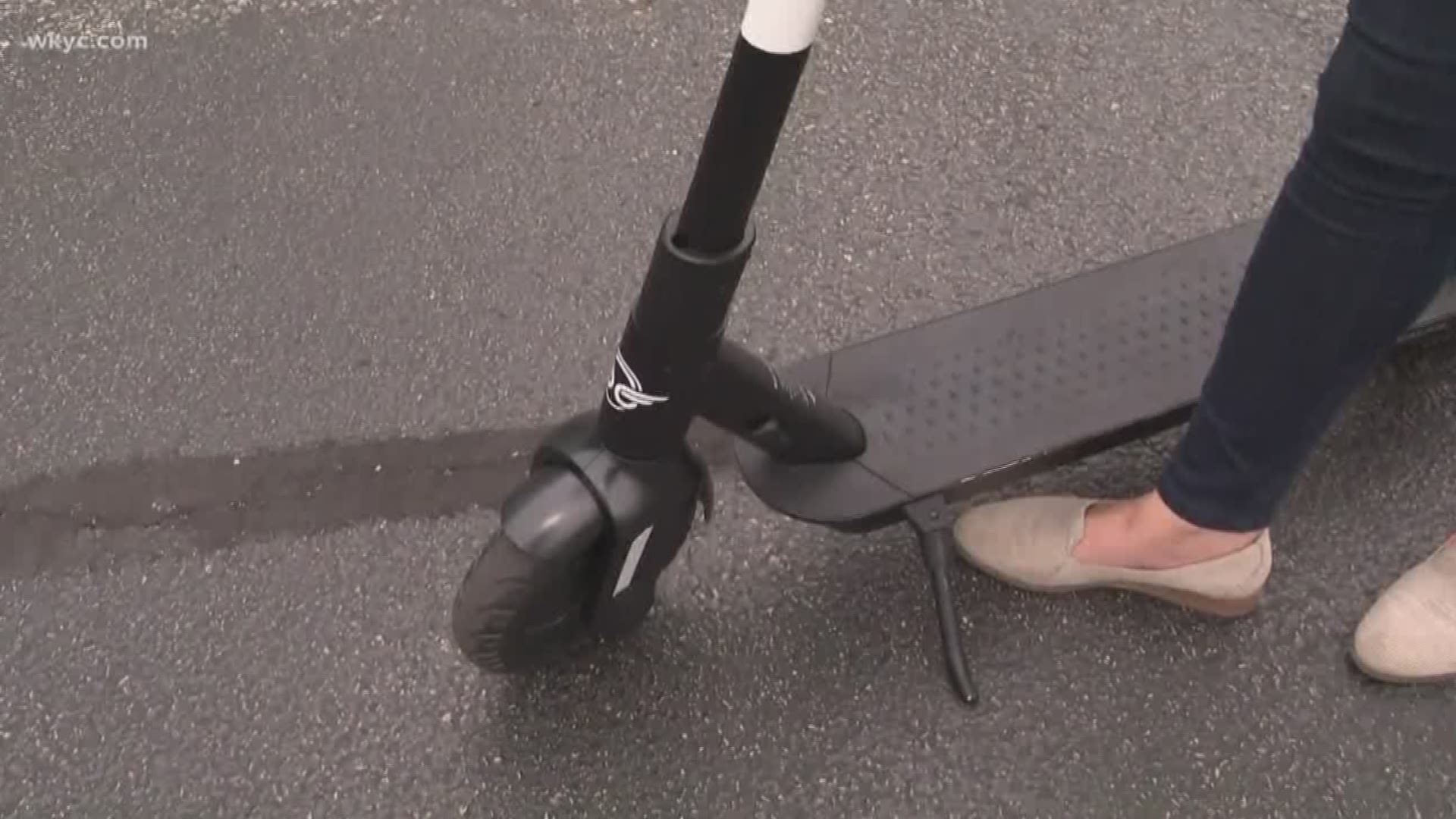 CLEVELAND — After the city of Cleveland put the brakes on bringing scooters in about a year ago, officials passed new regulations in hopes of adding extra safety measures.

On Tuesday, vendors like Bird brought their scooters to Prospect and E. 46th to give people a look before they’re officially launched in the city.

The bikes are programmed to not go over 12 mile per hour --- following the regulations passed by the city of Cleveland. You can't ride them on a street with a speed limit above 35 miles per hour unless there's a bike lane.

You can't ride in the dark, on sidewalks in business districts—that includes downtown, and you have to be 18 years or older to use them.

When it comes to the helmet there’s no law requiring riders to wear one – but it is strongly encouraged.

Bird spent the afternoon giving out free helmets to those who downloaded their app.

Four vendors have been given the go ahead to bring the scooters to Cleveland, including Bird and Spin. The debate over bringing them here started last year when some scooters were dropped off on the streets without warning.

But supporters of the scooters say the city is prepared to handle them – and are hopeful that it’ll encourage more people to get around the city and explore.

These scooters are not available just yet. Bird plans to have these scooters launched within the next week and Spin will be bringing the dockless scooters in September.

If you would like to learn more about the return of scooters in Cleveland, there are three other events planned for this week: