E-Scooters could return to Cleveland as early as this weekend

More than 200,000 rides were logged during a six month demonstration period. 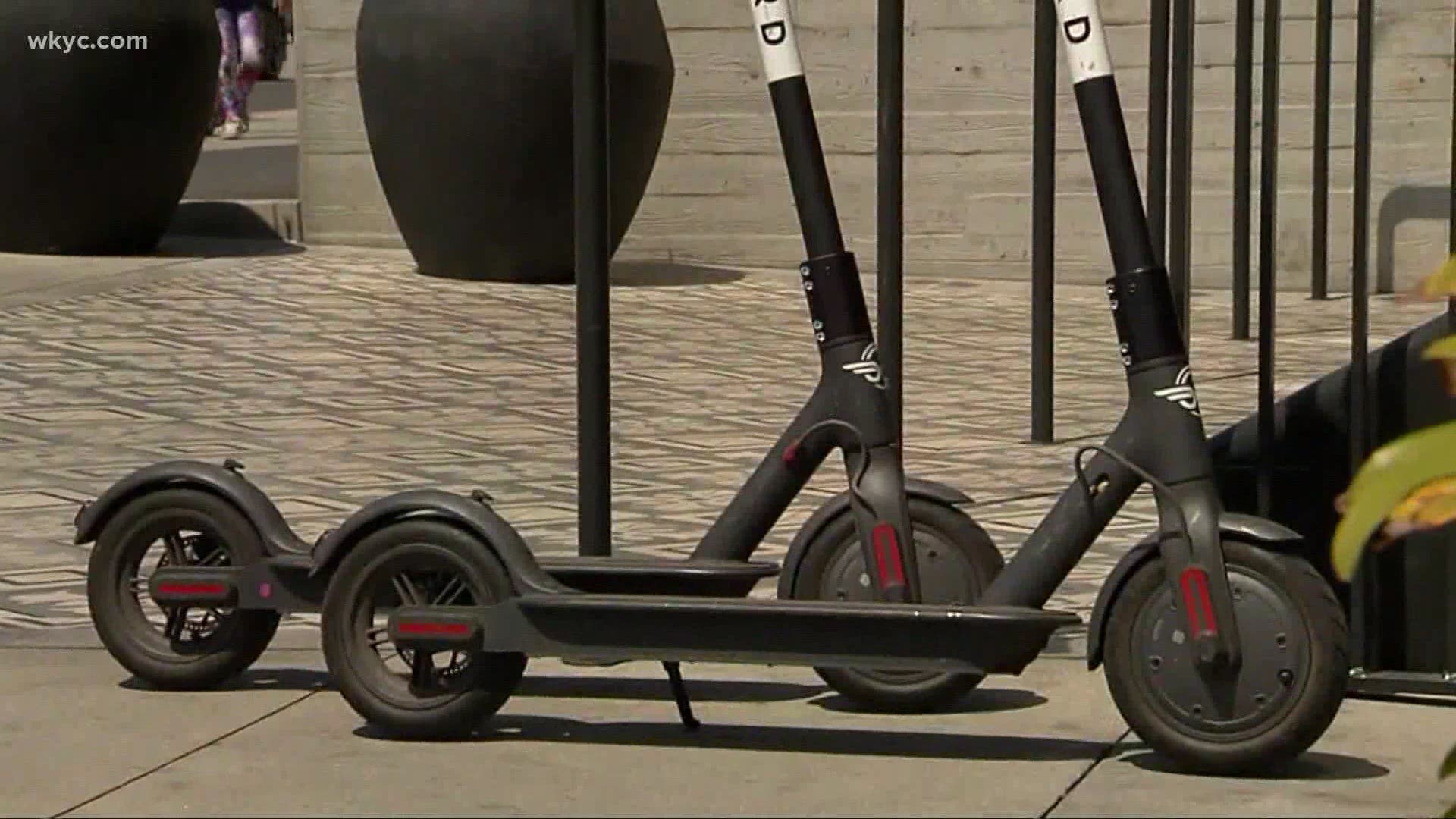 CLEVELAND — Don't call it a comeback.

Electronic scooters and are slated to return to Cleveland streets as early as this weekend according to city officials.

This summer, e-scooter and shared mobility devices will be available from 5 a.m. to 9 p.m., expanded hours from last summer's initial operating hours of 7 a.m. to 7 p.m. The devices will now be able to reach speeds of 15 mph.

The changes were approved by Cleveland City Council Wednesday June 3.

Amid the coronavirus pandemic, companies must adhere to the guidelines set forth by health officials. The scooters will be cleaned each time an employee interacts with them, including re-charging, re-balancing and maintenance.

"Riders are also encouraged to practice safe hygiene including washing your hands before and after using the devices and they are encouraged to wipe down high touch surfaces, like handlebars before riding," the city recommend.

If you would like to provide feedback on the program, you can email the city at: dockless@city.cleveland.oh.us.

The city also issued the following safety tips and reminders for riders:

RELATED: E-Scooters will likely go away during wintry blast in Cleveland

RELATED: If you have an accident on an electric scooter, will your insurance cover it?

RELATED: Adventures in e-scootering: A ride through Cleveland with Mike Polk Jr.

RELATED: E-scooters are back in Cleveland with new safety measures