Permanent message will extend for blocks. 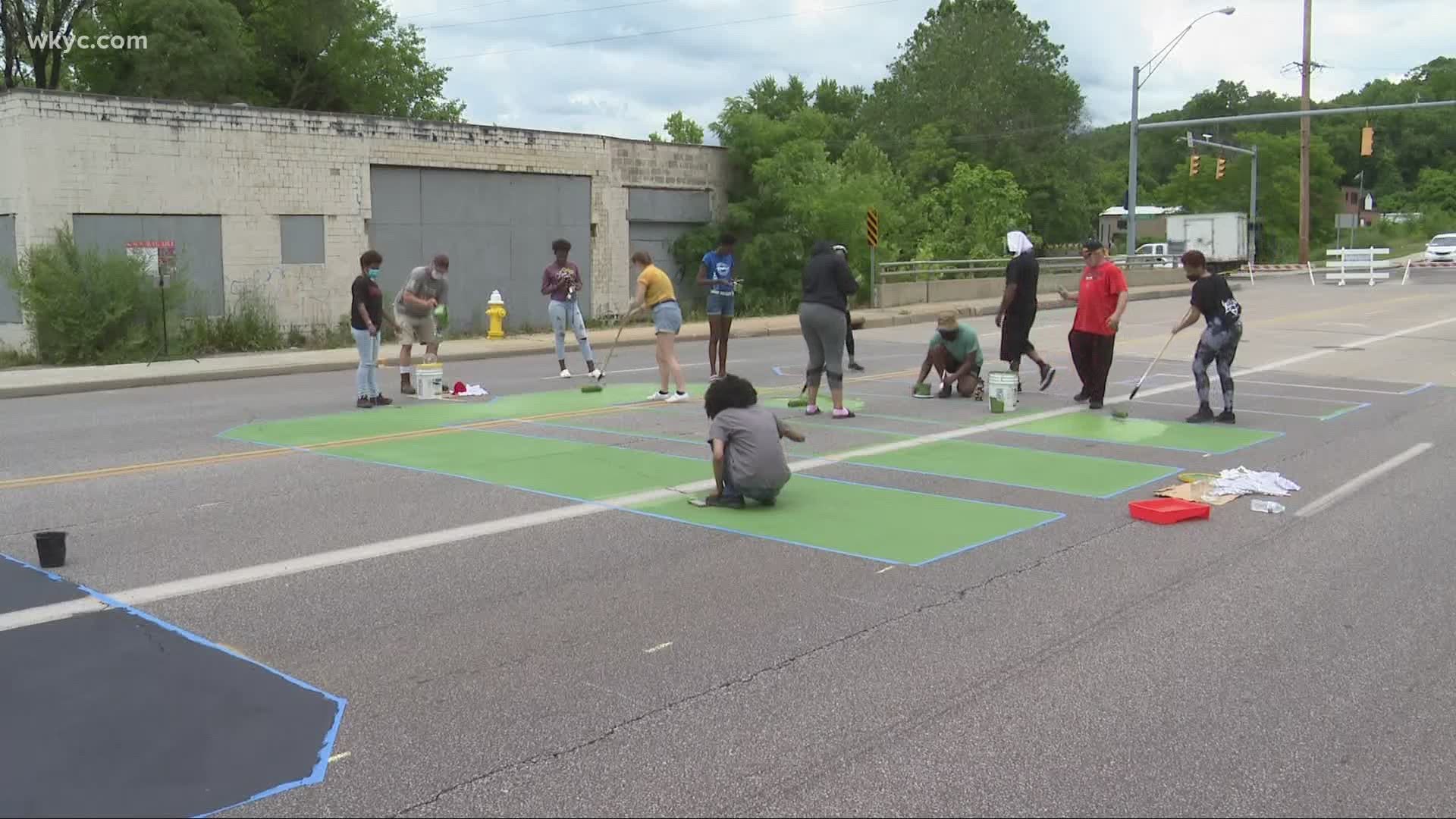 On Saturday morning, dozens of artists will paint “Black Lives Matter” in the middle of a street stretching several city blocks. The trend began on 16th Street in Washington, D.C., and has spread quickly from there.

In Cleveland, organizers are choosing a road less traveled. From 7 a.m. until 7 p.m., their canvas will be East 93rd Street.

“Show the beauty of it, and you know maybe we can kind of make a difference through art if you will,” organizer Ricky Smith said.

Smith is a Cleveland actor, writer, and comedian. His non-profit “Random Acts of Kindness Everywhere” (RAKE) is partnering with Stamy Paul’s non-profit “Graffiti HeArt.” Their diverse group of artists will make each letter unique.

“Like the talent,” Smith said. “We have some Cleveland School of the Arts kids doing letters. We have you know some artists who are well-known.”

They will be working on a stretch of street which has seen stretches of crime: Aliana DeFreeze, just 14 years old, was abducted and murdered there. Christine Malone, a mother of eight, was also strangled in a nearby field.

“That’s what we really ask is really just to show people, ‘Hey, you know this is what we care about this is something near to us,’ and it’s a conversation starter,” he said.

Sometimes art can speak where words fail, and Smith wants to complete two more murals on Cleveland’s west side and downtown.