Cleveland's expanding network of nature trails to be showcased on Saturday 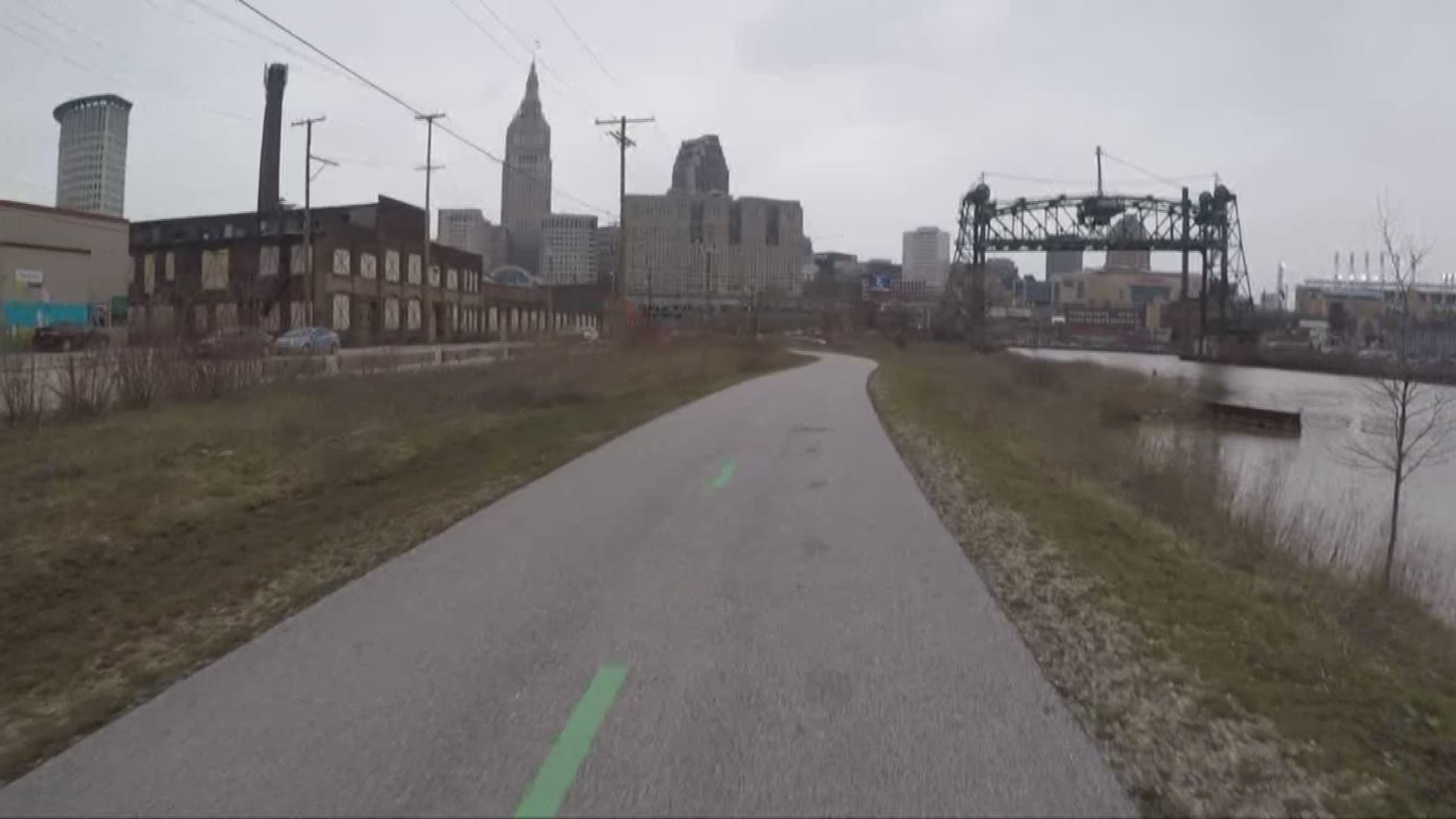 Cleveland — It was a chilly Indians home opener Friday at Progressive Field, but a reminder nonetheless, warmer weather is on its way.

Saturday, everyone is invited to another sure sign as well.

This time, Progressive Field and the Cleveland skyline is a backdrop.

"You've got this amazing regionally and nationally significant trail right here," says Eric Oberg, with the Rails To Trails Conservancy. 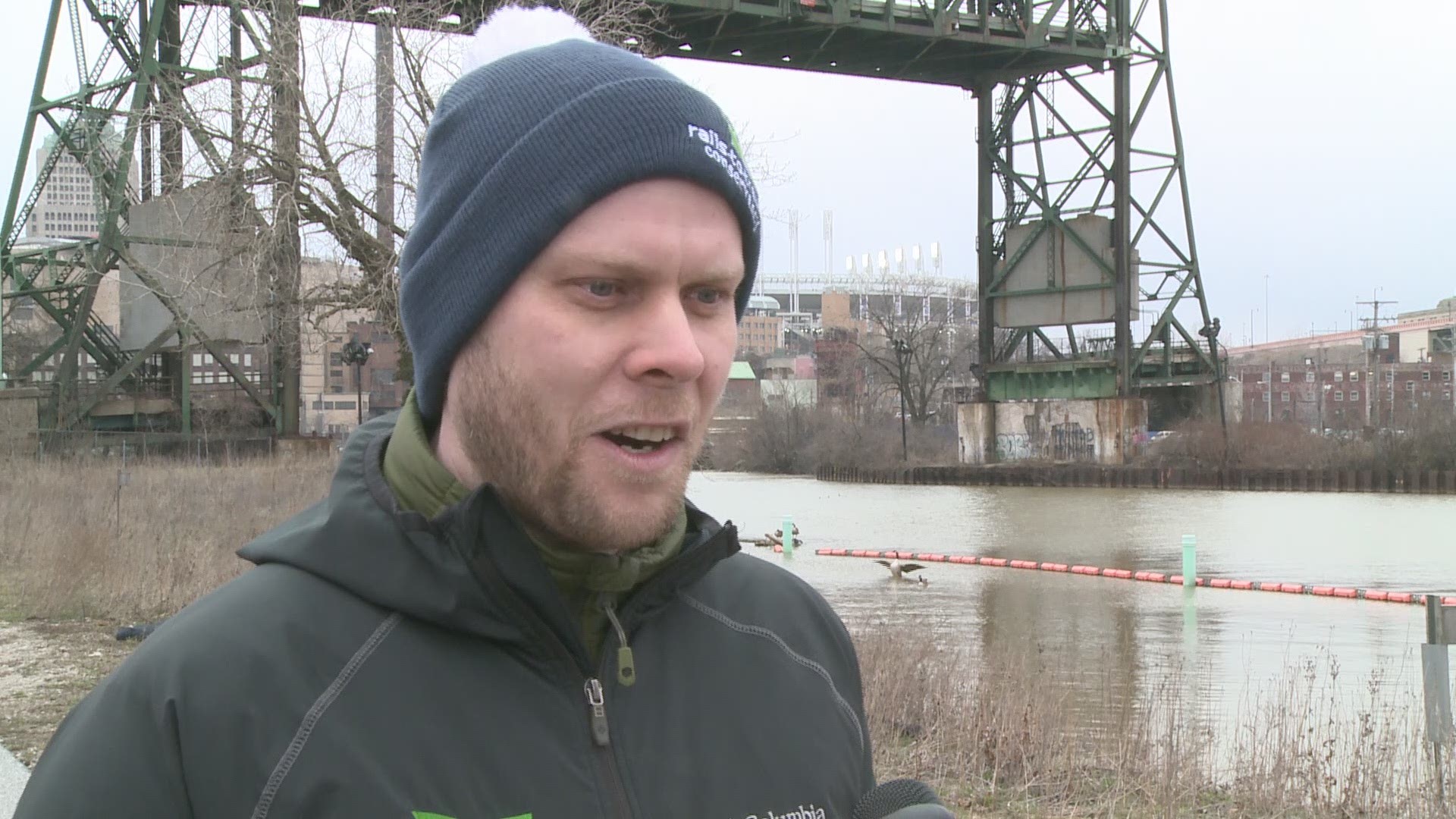 Oberg was standing along the Cuyahoga River at the Scranton Peninsula explaining how Cleveland’s growing network of trails increasingly showcases a Great lake and a world class trail system.

"You could be in a wheelchair or a super athlete and this place is for you. It's accessible to you and its free!", Oberg said.

Bikers and runners alongside nature enthusiasts on the new trails along the water.

"It’s all part of the narrative that makes Cleveland a waterfront city," said Jim Ridge who started the group Share The River a few years ago. 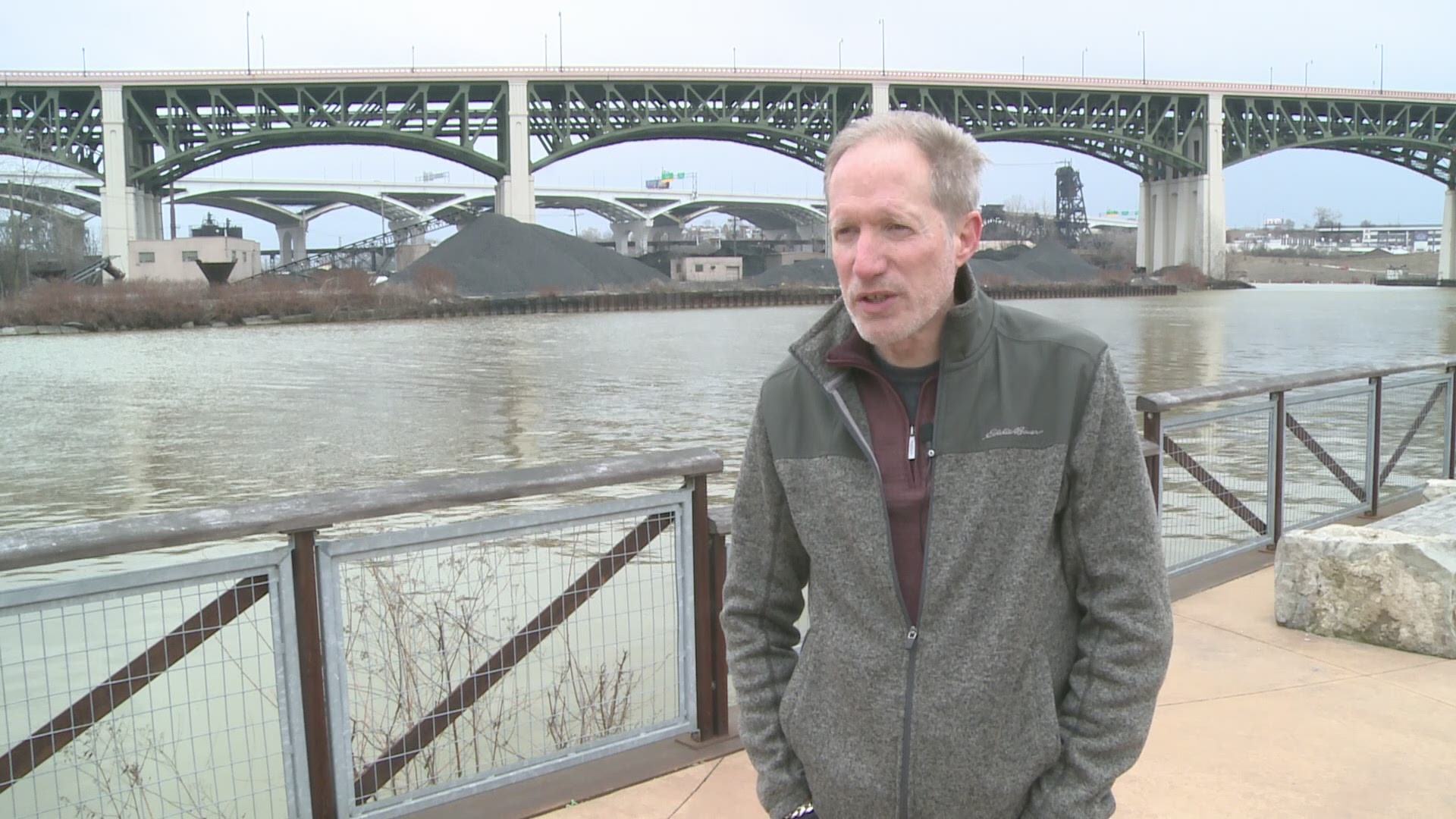 Ridge points out how he sees the increase in investors along the waterfront where more of us will soon work and play.

"They see the future and they see the possibilities of this waterfront," said Ridge.

The Cuyahoga river, alive with possibility, showcasing rowers navigating a river and painting it in a whole new light.

Cleveland’s latest Rails to Trail addition is from Sokolowskis Restaurant, under the new inner belt bridge to the Scranton Peninsula.

“If you turn one way, you think you are on some amazing nature area next to a river. You turn the other way and you are staring at the downtown of one of America's great cities," says Oberg.

Next on the Rails to Trails agenda is connecting the Ohio and Erie Canal towpath to Pittsburg and ultimately Washington D.C.

"You will get on a bike at Wendy Park and go all the way to Georgetown and the Potomac in Washington D.C. without ever getting off,” said Oberg.

Guided tours, scavenger hunts and more starts from the Cleveland Rowing Foundation at 1003 British St. in the Flats.

Bring a bike, rent a bike, walk it...it's your chance to see all the Rails to Trails Conservancy has done in concert with a collective city, county and metro parks movement to get us all moving.

"This is a 30 plus year project and we are staring down the barrel of the last 3-5 years which is really exciting," said Oberg.