The family of a woman injured during a St. Patrick's Day balcony incident in Cleveland's Warehouse District filed a lawsuit Monday. 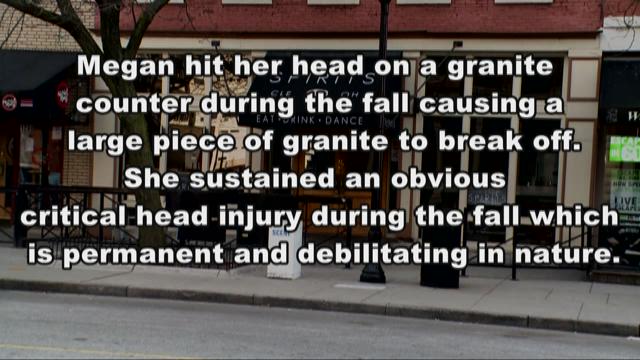 The family of a woman injured during a St. Patrick's Day balcony incident in Cleveland's Warehouse District filed a lawsuit Monday.

Like thousands of others, 20-year-old Megan Keefe, was celebrating St. Patrick's Day in Cleveland. She was attending a celebration at Spirits Restaurant and Bar.

According to the lawsuit, during her time at the bar, Megan fell from the upper level balcony after the railing gave way. During her fall, she hit her head on a granite counter top, leaving her with permanent injuries.

The lawsuit states that following Megan's fall, her head, neck, and body were moved from where she fell to outside of the facility by an employee, which aggravated her injuries.

Her head injuries and fractures are so severe that she's been in a coma since. The lawsuit says the damage done is permanent and she's unable to care for herself. Her medical bills are already over $1 million dollars.

Among the parties named as defendants in the lawsuit are Spirits Restaurant and Bar, the owners of the building, and the security guards.

A GoFundMe page has been set up for Megan Keefe.

Spirits Cleveland has not been served with any lawsuit, nor have I been provided with a copy of any Complaint. As such, we cannot give any specific statement in response other than to remind that claims made in any Complaint are allegations only, not facts. Spirits Cleveland will respond according to legal process. That legal process will involve the taking of evidence from people who were present on the day in question. We anticipate this will shed light on what occurred in a more reliable and complete fashion than the information publically reported to date.

Read the entire suit below:

Warehouse Suit filed by Keefe Family by WKYC.com on Scribd 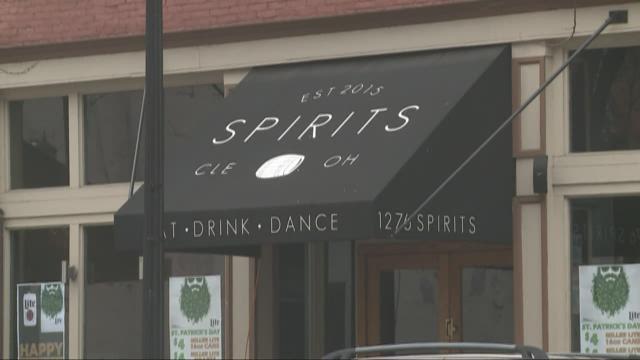