The fire broke out Wednesday around 4 p.m. 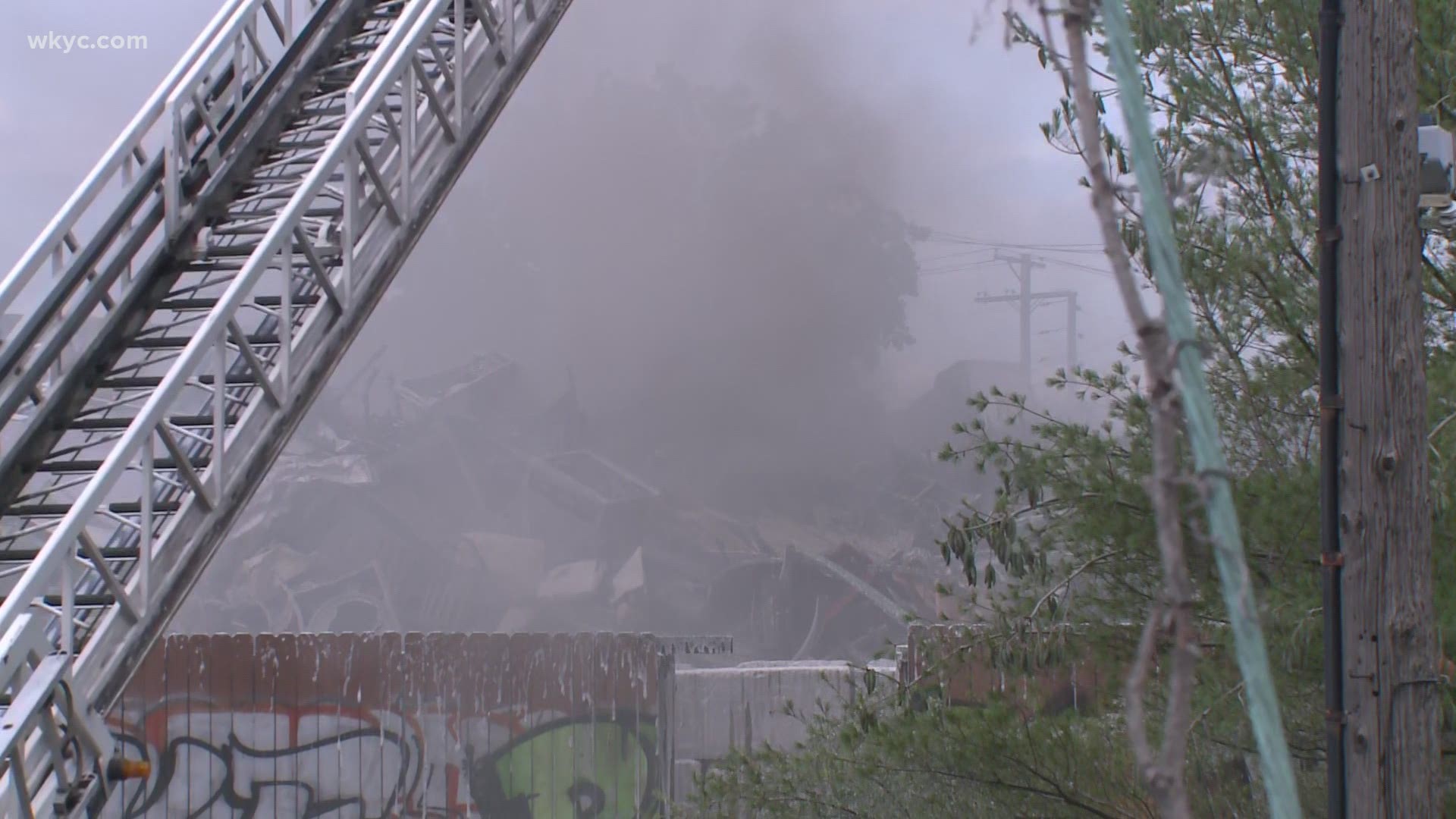 CLEVELAND — Crews from the Cleveland Division of Fire were called to battle a blaze on the city's west side on Wednesday around 4 p.m.

The fire happened at West Side Metals near the 6400 block of Stock Avenue in Cleveland.

West Side Metals is a business that "specializes in the retailing, processing and recycling of scrap metal for the Cleveland community," according to its website.

3News was informed at the scene that all of the company's employees made it out safely. EMS reported that there were no injuries.

It is unknown at this time what caused the blaze.

WKYC crews were at the scene, streaming a live look at the flames. You can watch that video in the player below.

When asked by a 3News crewmember what caused the fire, Cleveland Fire officials said 'no comment at this time.'