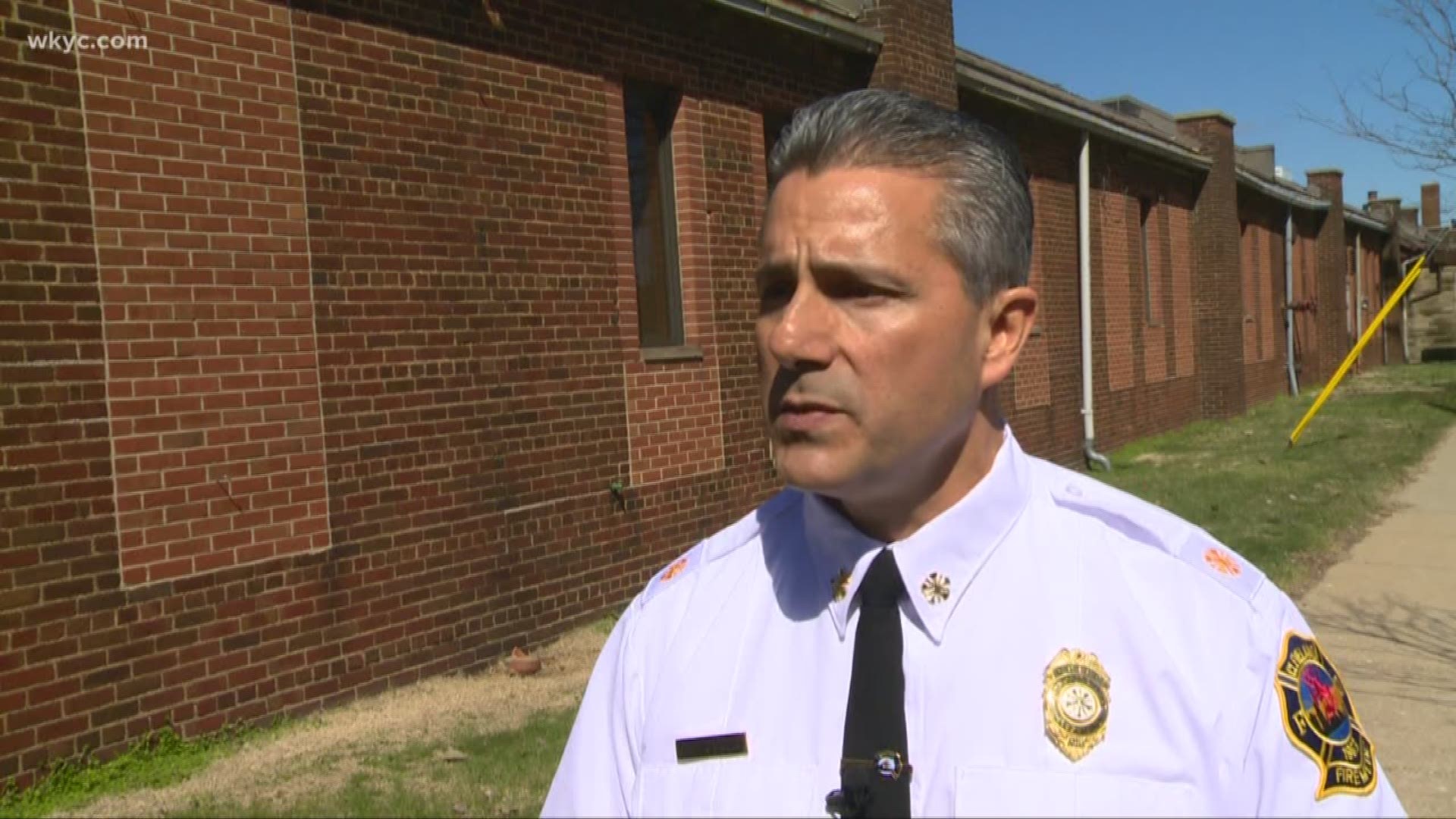 Making good on early threats to sue the city, Local 93 of the International Association of Fire Fighters said in court papers that Calvillo violated Cleveland’s charter by collecting signatures on nominating petitions for Jackson’s 2017 re-election bid. The suit was filed in the Cuyahoga Court of Common Pleas.

The union argues Cleveland is ignoring rules that prohibit civil service employees from engaging in political work, including circulating petitions and collecting signatures. The union also says that city rules mandate that the chief be fired for violating the rules.

Jackson’s office did not immediately respond to a request for comment.

Calvillo said in a 2017 deposition, which the union cites in court papers, that he collected signatures for Jackson while off duty. Among the 98 signatures he collected was one from an active Cleveland firefighter.

“Mr. Calvillo used his official authority to influence or coerce the political action of at least 98 individuals and circulated or sought signatures” in violation of the city charter, the suit says.

Diemert said in a statement Thursday afternoon that the city incorrectly asserts that because the mayor’s race is nonpartisan, city employees can circulate petitions on their own time. He said the city charter and laws “make it clear that no civil servant politicking is allowed for any election in the city of Cleveland.” He said two Court of Appeals decisions in Cuyahoga County back this point.

Cleveland Law Director Barbara Langhenry has accused the union of misreading case law. She has not offered a detailed defense. But she said in an earlier statement that the city’s Civil Service Commission has the authority to adopt rules governing political work and that current rules “do not prohibit a city employee who is a member of the classified service from circulating a candidacy petition in a nonpartisan election."

The union’s lawsuit says Calvillo could be found guilty of a misdemeanor crime and face up to $1,000 fine and up six months in jail.

The lawsuit is the latest front in the union’s campaign to pressure the city to remove the chief. Earlier this year, more than 600 of the union’s 750 members voted for a resolution declaring that they have no confidence in Calvillo. The union also asked City Hall and City Council to investigate allegations of Calvillo’s mismanagement. The union charged Calvillo was ignoring the collective bargaining agreement, failing to keep up staffing levels in the arson unit and failing to test equipment and replace deteriorating equipment as prescribed by state law.

The city said at the time that equipment is being tested and replaced and that the arson unit staffing has already been addressed by the chief.