The city says there were 27 shootings during the July 4th holiday weekend. 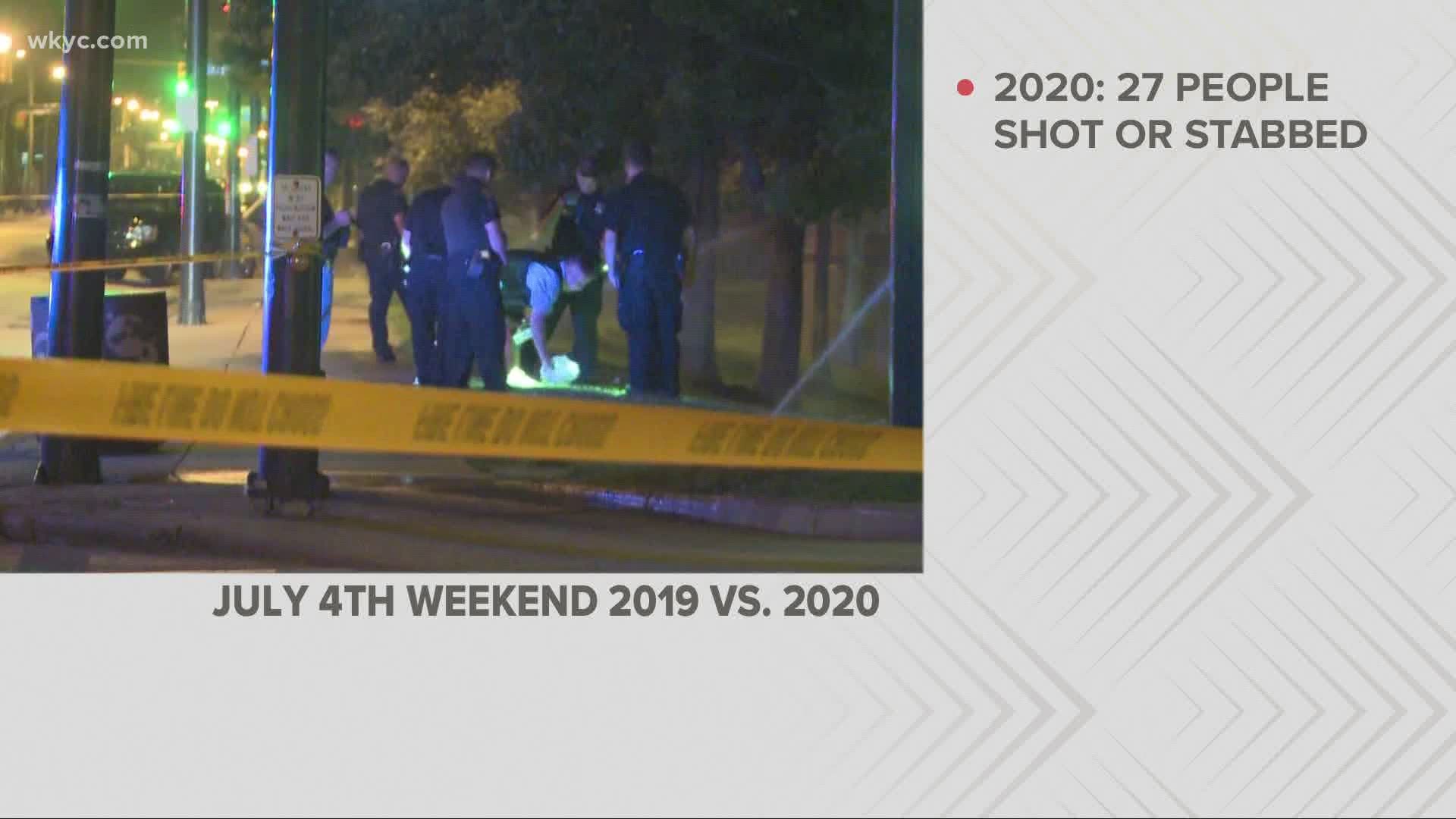 CLEVELAND — After a rash of violence during the July 4 holiday weekend in Cleveland, Mayor Frank Jackson and Police Chief Calvin Williams held a teleconference with reporters on Tuesday afternoon.

According to a release from the city, there were 27 shootings and four homicides over Fourth of July weekend in Cleveland. In 2019, data shows that there were 10 shootings during the same period.

The violence started on Saturday night around 8 p.m. and lasted thru Sunday around 5 a.m. In that nine hour period, Cleveland Police reported at least 13 shootings. Among them, three men killed, while an 8-year-old girl was shot in the arm on East 139th Street and Harvard Avenue.

You can watch the teleconference in the player below:

"It's very disappointing and disheartening to watch this violence in the city," Cleveland City Councilman Blaine Griffin told 3News. "On top of the pandemic of COVID-19, on top of the traumatic killing of George Floyd, now, we have families losing loved ones."

Jackson, Williams, and Public Safety Director Kerrie Howard issued a joint statement on Monday in reaction to the increased violence in the city.

"Gun violence and violent crime is on the rise. This holiday weekend specifically, the city of Cleveland has seen a large number of incidents involving shootings and tragically, three people killed. There is no excuse for this violent activity and police are actively pursuing the perpetrators. We remind citizens to do their part. If you see something, say something. Anyone with crime tips is asked to call police. Anonymous information can be provided via crimestoppers by calling 216-25-CRIME."

RELATED: City of Cleveland reminds residents that celebratory gunfire and fireworks are both dangerous and prohibited