Detective Skernivitz was shot and killed in the line of duty last Thursday. 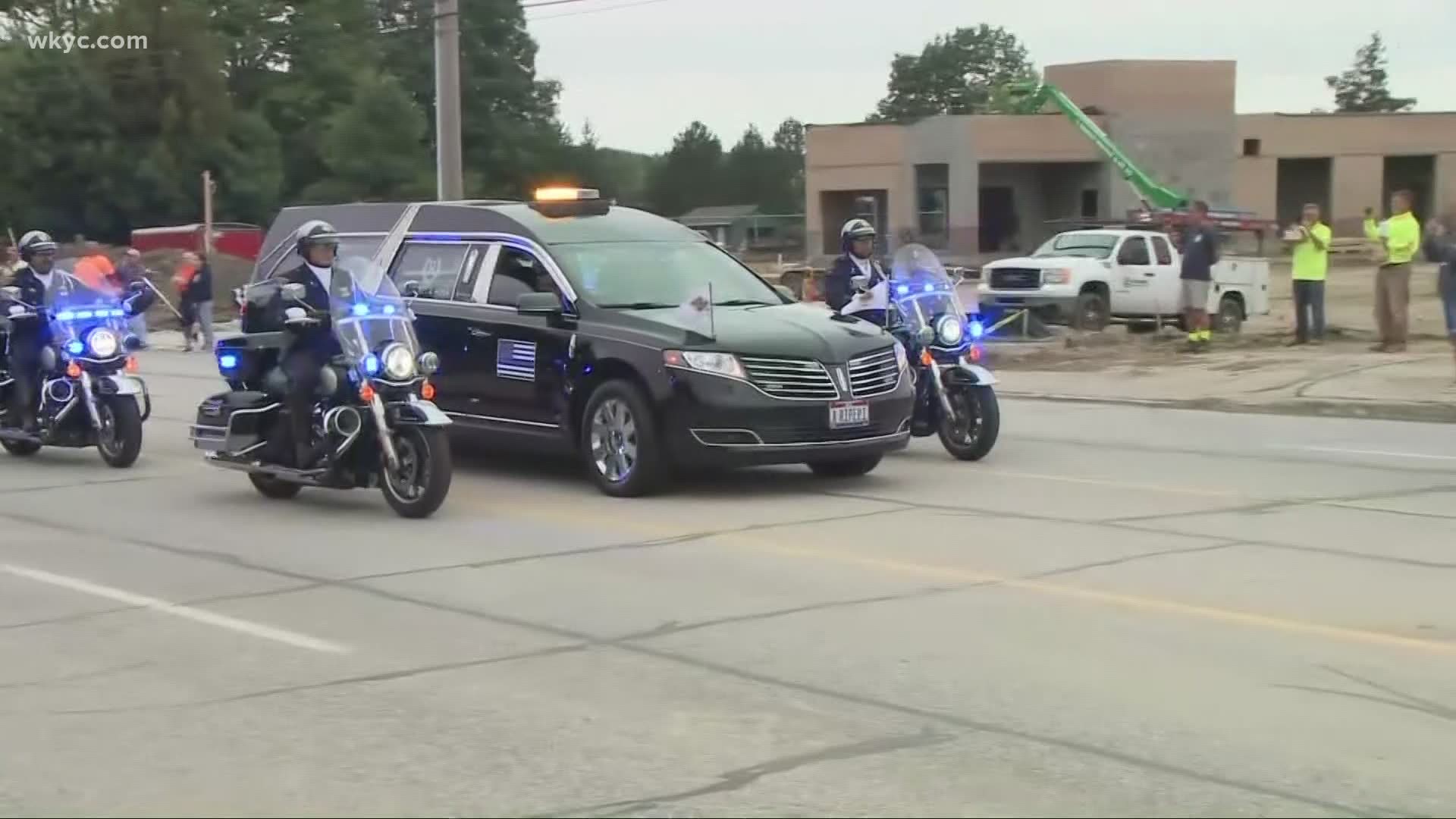 His funeral came more than a week after he was shot and killed in the line of duty back on Sept. 3.

"The reasons for becoming a police officer? His answer was: I wanted to protect the city that I grew up in and make it safe."

Williams also discussed the impact "Skern" made throughout the city of Cleveland.

"Badge #2249 will always live in the hearts and minds of the people in this city, and his brothers and sisters in the division of police."

U.S. Attorney General William Barr was among those in attendance. He also spoke at the funeral.

“Two weeks ago I had the honor of visiting the gang impact unit where Jim served as part of the FBI task force and Operation Legend," Barr said. "As a veteran officer he didn’t have to take on that dangerous mission. He could have let someone else do it, especially given the risks to police officers nowadays. Once again he volunteered, and once again he made a difference. I witnessed first-hand the superb work that he and his colleagues were doing to get violent criminals off the streets. It was only a few days after my visit that Jim was killed in the line of duty, making the ultimate sacrifice by laying down his life for the community he served.”

Services began Friday morning with officers standing outside A. Ripepi and Son's Funeral Home in Middleburg Heights before 9 a.m. waiting to pay their respects. The procession then left the funeral home shortly after 9:30 a.m. It arrived in downtown Cleveland shortly after 10 a.m. via Bagley Road, I-71 and East 9th Street. Many lined downtown's streets holding flags as the hearse carrying Skernivitz's body passed by.

We streamed the entire funeral service, which you can watch in full below:

We also streamed live video of his funeral procession, which you can watch in the player below:

Cavaliers officials say the funeral will be the largest event held in the arena since the start of the pandemic.

Officers are lined up in downtown Cleveland awaiting the funeral procession of detective James Skernivitz. His service will begin around 10 a.m. inside Rocket Mortgage FieldHouse. Read more: https://t.co/d5vjyind0W pic.twitter.com/EZhNeyRG2O

"In lieu of flowers, contributions to the family in support of his children's education would be greatly appreciated," his obituary states.

50-year-old, Scott Dingess, also died in the incident. He was reportedly there as an informant.

“Detective Skernivitz was assigned to the Gang Impact Unit and was recently sworn in as a Violent Crimes Task Force officer with the Federal Bureau of Investigation, working on the national law enforcement initiative Operation Legend,” authorities said in a press release.

RELATED: Solemn escort held for Cleveland police detective gunned down on the job