Thank you for your service, officer Sabo. 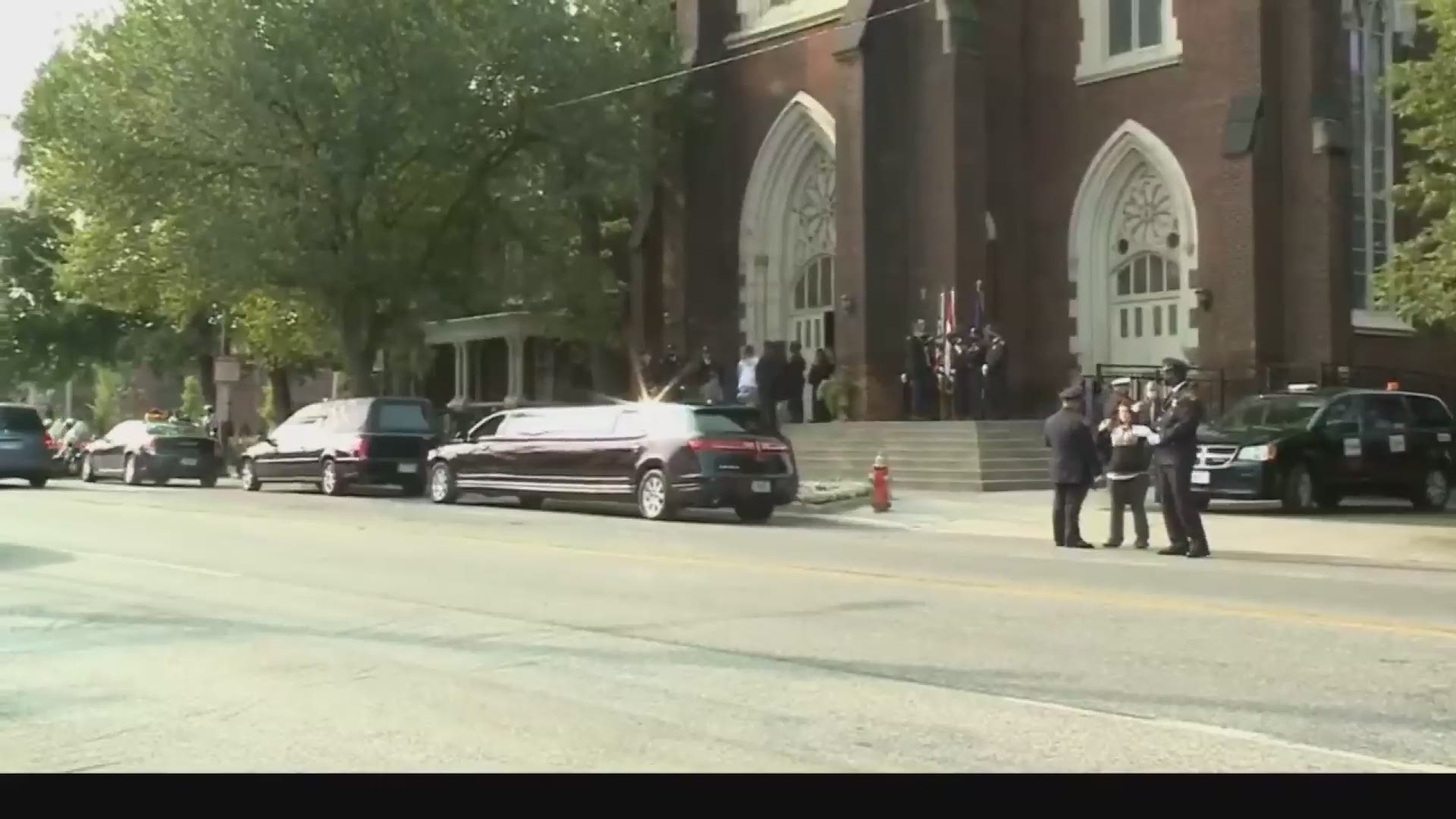 CLEVELAND — For the second time in a matter of days, the Northeast Ohio community is paying its final respects to a Cleveland police officer.

Funeral services for officer Nicholas Sabo were held at 11 a.m. Wednesday inside Holy Name Church in Cleveland. The services were private.

Sabo, a seven-year police veteran, died of a self-inflicted gunshot wound. It was just hours after Detective James Skernivitz was shot and killed while working undercover in a near west side neighborhood.

“Officer Sabo’s death is a tragedy. The death of someone who pins on the badge and has the courage to step up and protect the unprotected and serve our community will always be held in the highest regard,” Ohio Attorney General Dave Yost said in a statement released on Wednesday. “My thoughts and prayers are with Officer Sabo’s family and with those who served beside him.”

"He was crying really hard and he's like, 'I can't go to another funeral. I just can't. This job is so hard,'" said his sister, Kristy.

We streamed live video from outside the Holy Name Church, which you can watch in the player below:

Sabo, 39, grew up in Bay Village and worked as a police officer in Columbus before joining the Cleveland Police Department in 2013.

"I don't think anyone can understand what the division is going through," Cleveland Police Chief Calvin Williams said while holding back tears the morning after both officers passed away. "The loss of an officer in the line of duty, especially to violence, is a terrible tragedy. Two officers in one night is....really bad."