What's on tap for the iconic Cleveland brewery? 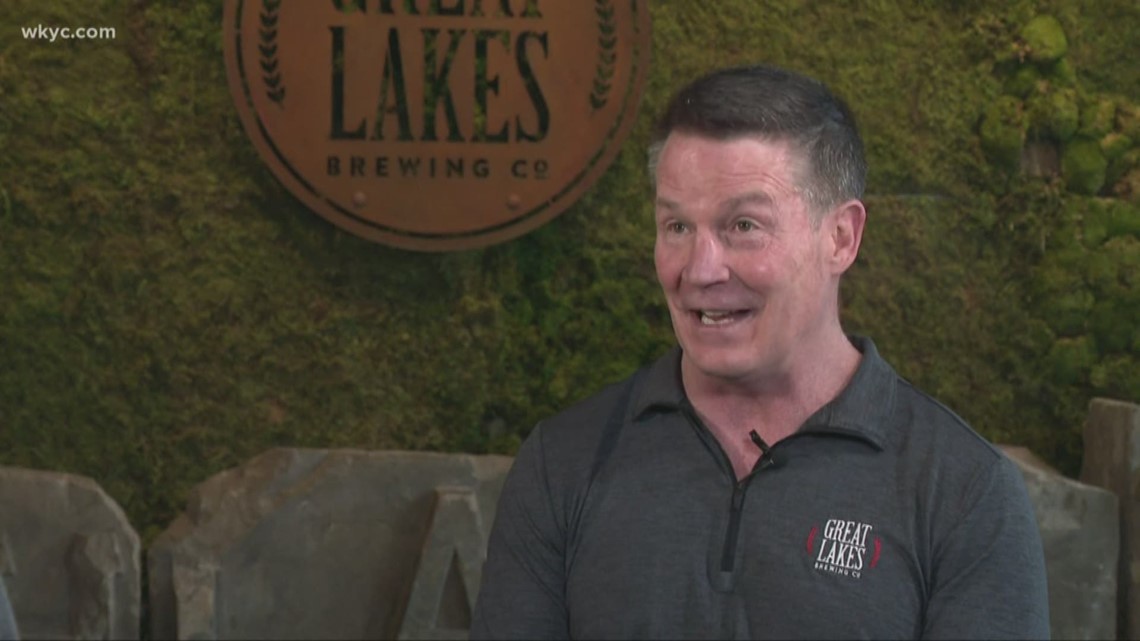 CLEVELAND — Nothing says the holiday season in Cleveland like a nice cold bottle of Christmas Ale from the Great Lakes Brewing Company.

So, it's the perfect timing for 3News' Dave Chudowsky to sit down with the company's CEO Mark King to learn what's on tap for the iconic Cleveland brewery.

First order of business? Tackling some rumors that the Christmas Ale recipe might vary from year to year.

"I love that people have an opinion about things because it shows how much people love Christmas Ale," King laughed. "'I went to our brew master and I asked him, 'Does this change year to year?' and he swears it doesn't. But you know what? As long as people enjoy the beer I'm good with it."

With that urban legend settled, time to look ahead to the future of Great Lakes and why King, who landed the CEO gig in October, is the right person at the helm.

To start, he's had a long career in the beverage industry. Originally from Detroit, King got his start loading beer trucks in Milwaukee, eventually working his way up to his new gig as CEO of the 20th largest craft brewery in the country.

His down-to-earth Midwestern roots are evident, as is his sense of humor. In fact, he called late comedy legend Chris Farley a close buddy.

"Chris was a good friend and a great rugby player, by the way, at Marquette University and was one of my good pals for a couple of years there. One of the funniest guys I have ever seen -- and proud about what he was able to accomplish in his life. I've got a lot of stories. Some are not good for TV," King told us.

On a serious note, what King can share on TV, is how he plans to change the game in a business that has become ultra-competitive. When brothers Patrick and Daniel Conway started Great Lakes back in 1988, there were about 150 breweries in the U.S. That number has now grown to 8,000.

"You also have to be cognizant of what your core consumer is after, and you have to continually connect with those folks," King explained. "Innovation is key, and also data gives you an awful lot of knowledge and so you really have to dig deep into the data to find out what styles are growing you know what opportunities are out there."

Those opportunities include the brewery's first-ever cans.

"We are going to cans. We're really excited about that opportunity. Initially, it will be our flagship Dortmunder and Great Lakes IPA and also we're coming out with a spring seasonal brand called Mexican lager with lime."

Even more changes are to come in late January.

King told us plans for a redesign of their Brewpub are well underway.

"To remain competitive in and around Ohio City, which has become a very hip spot for a lot of other breweries, we feel it's time to kind of refresh the operation here."