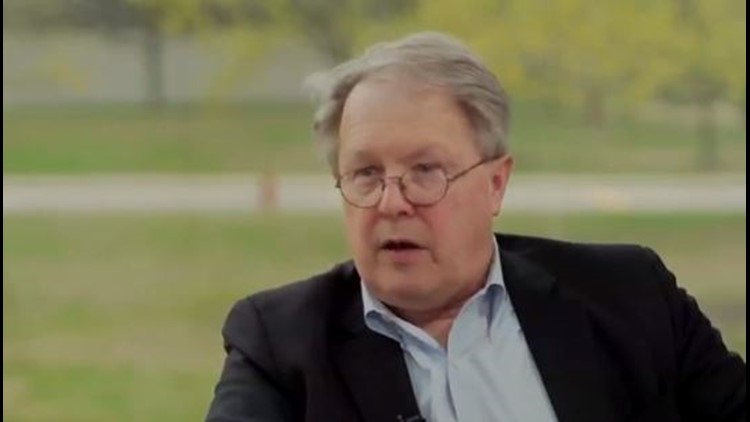 George Rodrigue resigns, Tim Warsinskey to take over as editor in chief at The Plain Dealer

CLEVELAND — George Rodrigue has announced his resignation from his role as editor in chief and general manager to The Plain Dealer.

Rodrigue led the paper for five years and has overseen a slew of changes including layoffs, delivery reductions and a redesign.

"Over the past several years, our subscribers have seen a lot of change, driven largely by the industry’s economic circumstances," Rodrigue wrote. "Changes to our price, our delivery system, design, and staff. Amidst all that, there was one consistent bright spot: The increasingly close collaboration between our newsroom and our community."

Rodrigue was the assistant news director at Tegna's WFAA in Dallas prior to his time in Cleveland. Before that, he spent a decade as vice president and managing editor to The Dallas Morning News.

"Finally, I’ll miss Cleveland. Not just the Metroparks or the Orchestra or Playhouse Square, but the people — in government, business, social services, and the neighborhoods — who try faithfully every day to make the place just a little bit kinder, healthier, and better," Rodrigue wrote.

Last April, Rodrigue sat down with 3News' Will Ujek as part of our "Let's Be Clear" series. Rodrigue discussed the staffing cuts and declining revenue that plagued the paper at the time.

"I want readers to buy subscriptions to The Plain Dealer, and I want them to work with us to help figure out what stories we should be telling, and if they've got story tips or questions, I want them to send them in," he said. "I want to work well with our readers because in my world, readers are subscribers. They're literally putting kids through college and we need to have as close of a relationship with them as we can."

Warsinskey, an Akron native, has spent 30 years at the paper covering an array of news spanning high school sports and the Olympics. He became managing editor in 2016.

"In other words, as Tim is too modest to say, he’s been doing all the hard work around here for several years now. You won’t miss me much, and that makes me feel just a little bit better about leaving," Rodrigue wrote.