Ohio Governor Mike DeWine announced on Saturday that he's activating the National Guard to assisting in dealing with protests in Cleveland. 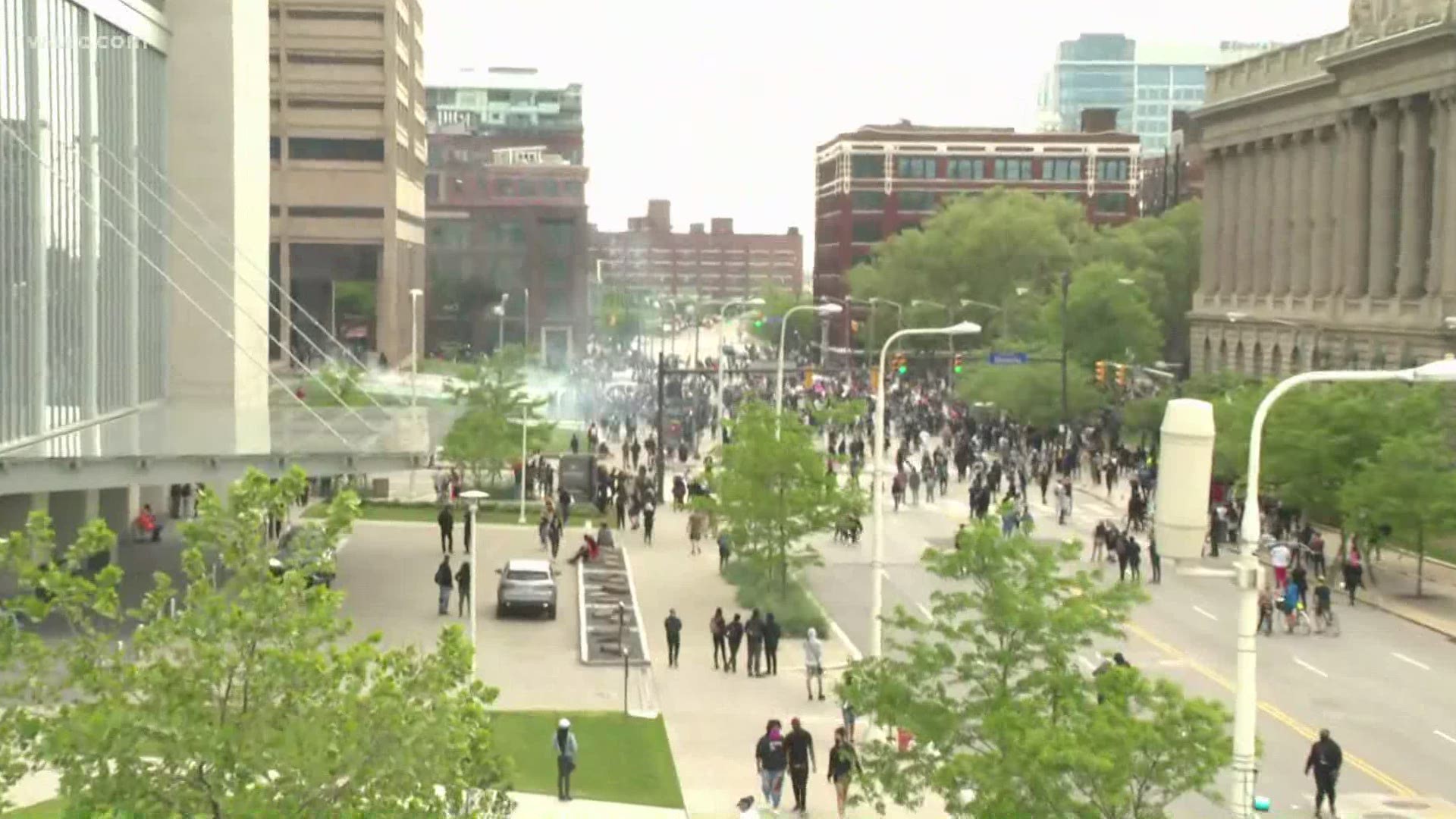 CLEVELAND — Governor Mike DeWine has activated the Ohio National Guard to assist in dealing with the demonstrations that are taking place in downtown Cleveland on Saturday.

DeWine said he granted the activation after a request from Cleveland Mayor Frank Jackson and Cleveland Police Chief Calvin Williams.

In a press release, DeWine said: "At approximately 6:00 p.m., I received a call from Cleveland Mayor Frank Jackson expressing serious concerns about the safety of Cleveland residents and peace officers following violent demonstrations there this afternoon. As is the case in Columbus, it is believed to be a relatively small group of violent individuals who are drowning out the voices of the many citizens who are peacefully expressing their desire for justice and change.

"In this time of deep anger, sadness, and frustration, we stand with those who are expressing their First Amendment rights, but we will not stand for those who wish to inflict pain and cause destruction."

As has been occurring in cities throughout the nation, a demonstration calling for justice for the killing of a Minneapolis man named George Floyd, who died while being arrested by four officers on Monday, began in downtown Cleveland on Saturday afternoon. As the protests progressed, they ultimately became violent, with multiple police cars being set on fire and businesses in the area being vandalized.

A curfew in the city of Cleveland has also been activated from 8 p.m. on Saturday night to 8 a.m. on Sunday, as well as the same hours from Sunday night to Monday morning.

RELATED: Cleveland issues curfew ‘due to violence and unrest’

RELATED: Tracking a few areas in the tropics