Clevelanders for Public Transit said their fight for equitable and accessible transit is linked to racial equity. 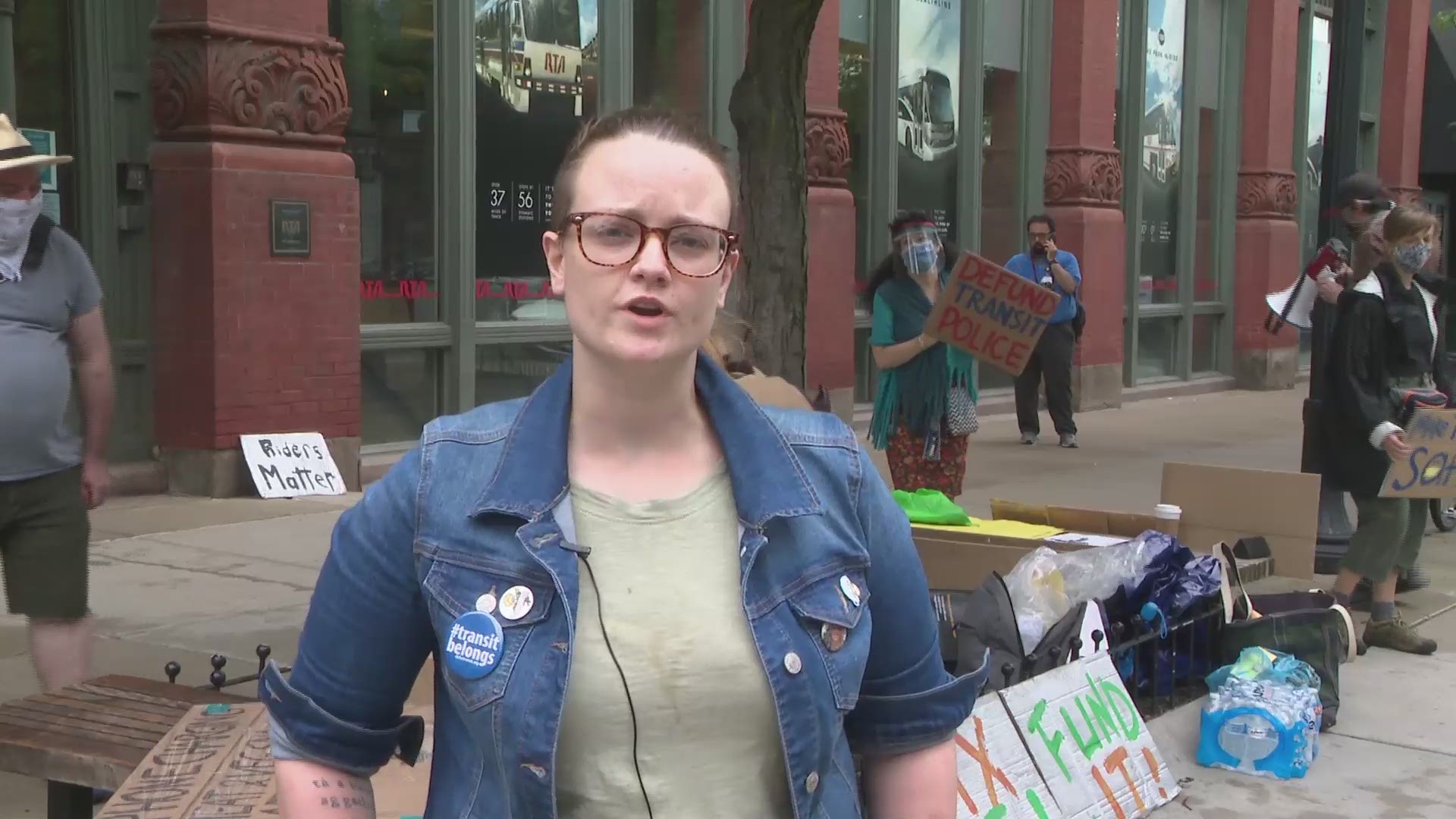 CLEVELAND — After a demonstation was held outside of the Greater Cleveland Regional Transit Authority headquarters on Tuesday morning, the RTA has responded with a lengthy statement addressing many of the concerns expressed at the rally.

Clevelanders for Public Transit hosted the rally “demanding the immediate cessation of armed fare enforcement and the reallocation of 50 percent of the transit police budget toward restoring service and reducing fares.”

The RTA says its Transit Police is "an essential service supporting transit security and safety." It adds that fare enforcement is 'a small part' of its policing functions. According to the RTA, so far in 2020 the Transit Police has written only 50 citations for fare evasions. "On an annual basis, that’s trending down from 129 citations in 2019 – and way down from 2018’s 259 citations," RTA says in its statement.

Among their requests, Clevelanders for Public Transit is asking Cleveland City Council to enact legislation that would decriminalize fare evasion.

"Automobile drivers are protected from being arrested for parking violations, but fare evasion is considered a fourth degree criminal misdemeanor in Cleveland," CPT noted in a written leader submitted to city leaders (read the full letter at the bottom of this story). "San Francisco, Portland and Seattle have all decided to decriminalize fare evasion, making penalties commensurate with a parking ticket. Cleveland City Council must pass legislation which treats fare evasion as equivalent to parking violations."

“Criminalization of fare evasion, combined with armed transit police fare inspections, often results in inequitable outcomes, including unnecessary interactions with armed law enforcement officers and the possibility of a criminal record over a forgotten monthly pass, student ID or the value of a $2.50 fare,” Clevelanders for Public Transit officials said in a press release. “As ridership has dropped, RTA has expanded the transit police force from 25 officers in 1977 to over 125 full-time officers with an annual budget over $14,000,000. As calls for defunding police departments grow, RTA must reallocate these limited resources.”

Their request also includes the reallocation of 50 percent of transit police funds.

"Reallocating transit police resources from fare enforcement would improve equity and allow funds to be reallocated for more transit service and reaffordable fares."

The group said their fight for equitable and accessible transit is linked to racial equity.

The RTA says it is reviewing a recent fare equity and a system redesign study – both which were executed with in-person or on-line feedback from hundreds of riders and non-riders alike. "Based on the data we have gathered, we are addressing questions about the most equitable fares to charge and the best service to provide and we are reviewing how to implement solutions," the company writes in its statement.

RTA goes on to say that their top priority is safety and their study shows that Transit Police are having a positivie impact, based on the following statistics: