In spite of these developments, Mayor Frank G. Jackson's administration is again expressing confidence in Calvillo's ability to do his job. 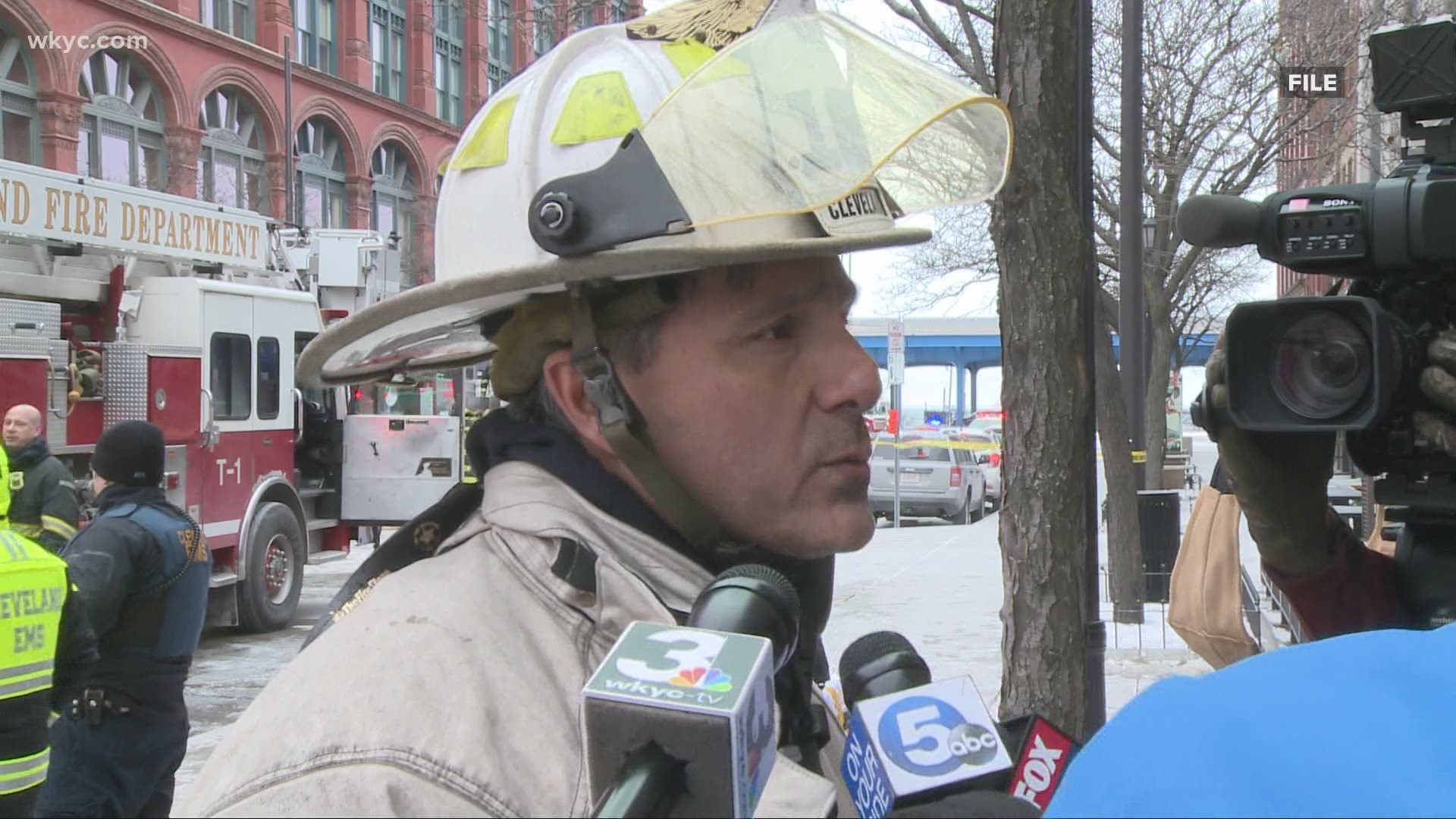 CLEVELAND — EDITOR'S NOTE: The video above originally aired on June 18, 2020

The International Association of Fire Fighters confirms its members have voted to censure Cleveland Division of Fire Chief Angelo Calvillo, long under fire for his management of the department.

The union conducted the vote during its convention that took place in late January, and its president informed Calvillo of the result on Monday. The final tally was unanimous, with IAFF Local 93 in Cleveland chastising the embattled chief for "escalating public safety concerns stemming from, in part, his failure to properly maintain firefighting equipment, PPE, and apparatus."

Members of Local 93 are calling for Mayor Frank G. Jackson to remove Calvillo from his position as chief, something they originally did back in 2019 after a vote of no confidence. A similar vote took place at this past convention, with those in Cleveland's union overwhelmingly rebuking Calvillo by a tally of 604-16.

Watch our previous coverage of the issues:

Tensions between Calvillo and the union first arose back in 2017, when the IAFF accused the chief of breaking the law when he collected signatures for Jackson's reelection campaign. Local 93 members filed a lawsuit when the city refused to take action, and further allleged Calvillo had illegally collected overtime pay for his work during the 2016 Republican National Convention.

The charges leading to the most recent vote against Calvillo appear to be at least partially new. Specifically, employees claim he improperly disciplined a worker who raised concerns over an ethics issue and also suspended a firefighter who "performed a heroic rescue." They also say Calvillo did not properly prepare the department to withstand the COVID-19 pandemic, and further state he committed at least 130 breaches of the city's collective bargaining agreement in 2020 alone.

"All we're asking is that the administration hold the Chief of the Division to the same standard that our members are held to every day," Cleveland Fire Fighters President Fran Lally said in a statement. "No more, no less."

Despite the lack of support from the vast majority of rank-and-file firefighters, City Hall appears to again be ignoring their request to remove Calvillo, who has been chief since 2015. Rather, officials gave Calvillo a vote of confidence and expressed their commitment to keeping city residents safe.

"Chief Calvillo continues to lead the members of the Division of Fire in a professional and distinguished manner," the statement read, in part. "The City is confident in Fire Chief Calvillo’s capabilities and his commitment to the safety of the citizens of Cleveland."