The 26-acre green space would link Ohio City to the Flats and downtown Cleveland. 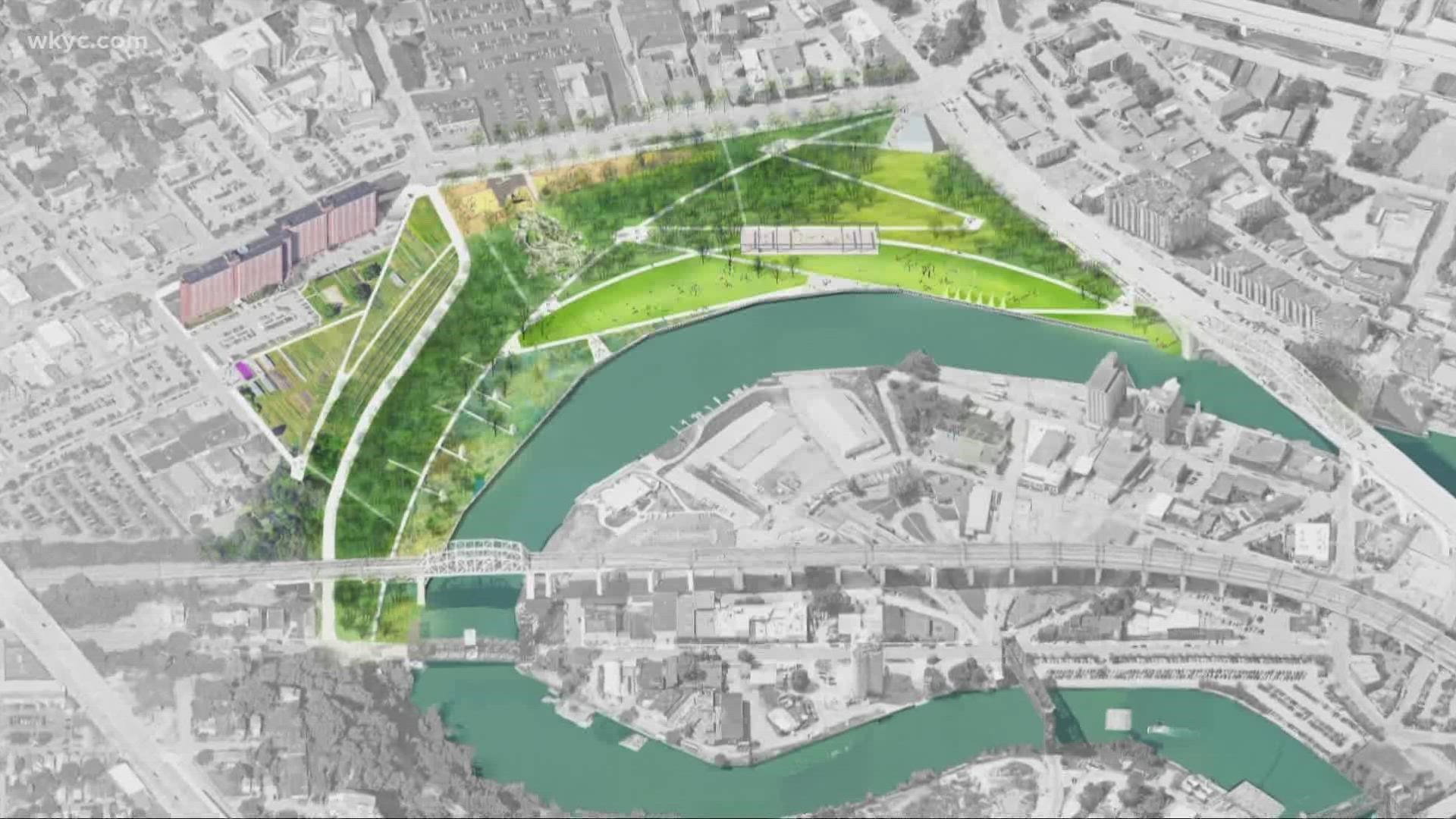 CLEVELAND — Residents of Ohio City and nearby neighborhoods gathered at Merwin's Wharf in the Flats to hear the latest update on the transformative plans for Irishtown Bend Park.

"I think a lot of people can't quite yet get a sense of the scale of Irishtown Bend, and not just what it's going to do not just for our neighborhood, but for our region," said Tom McNair, Executive Director or Ohio City, Inc.

The ambitious plan that was first envisioned more than a decade ago, would transform a 23-acre green oasis hugging the Cuyahoga River adjacent to the Detroit-Superior Bridge, into one of the largest waterfront parks between New York and Chicago.

McNair said the biggest update to share was that funding has been secured to begin stabilizing the hillside, which is sliding down toward the river. Work to stabilize the ground will begin in the spring, and will continue for two years, before the construction of the park can begin. The park is expected to be complete in 2026.

Irishtown Bend Park will connect Ohio City on Cleveland's near west side to the Flats, downtown Cleveland and Lake Erie. The Cleveland Metroparks will provide $3.3 million to build a riverfront trail that will become the missing link that finally connects the Cuyahoga Valley National Park to Lake Erie.

"This is really a once-in-a-generation opportunity to link our neighborhoods down to the waterfront and create a public space that everyone can enjoy," McNair said.

Irishtown Bend is steeped in Cleveland history -- where Irish immigrants working at the docks built their shanties on the sloping banks of the Cuyahoga River. The land is too soft to construct buildings, but planners saw its potential.

The project also included input from residents at nearby Riverview Towers since the park would become the nation's first waterfront park directly attached to public housing.