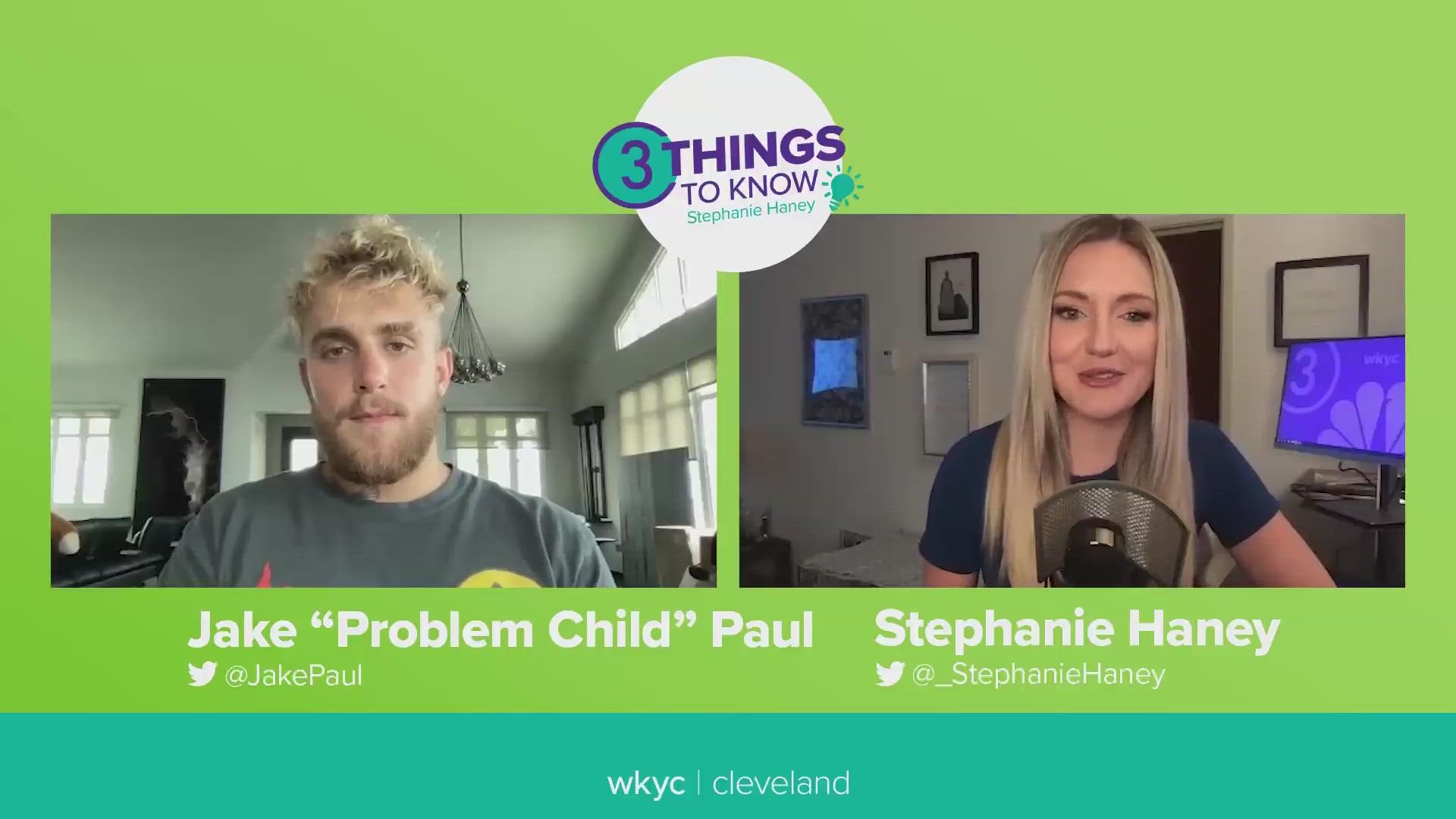 The show, however, won't stop once a winner is determined, according to what Paul told 3News' Stephanie Haney, on her 3 Things to Know podcast.

After the fight between Paul and Woodley was officially announced in July, Paul got Woodley to agree to a bet in which the loser of the fight would get a tattoo paying homage to the winner. If Paul wins, Woodley will get an "I love Jake Paul" tattoo, while a Woodley win would result in Paul getting a "I love Tyron Woodley tattoo."

Warning: some language not suitable for children.

Speaking to Haney on the "3 Things to Know" podcast ahead of Sunday's fight, Paul confirmed that not only was the bet still on, but he would have his own personal tattoo artist on-site to make sure that Woodley pays up.

“I have a tattoo artist, Tatu Baby, who’s one of the biggest tattoo artists in the world. She’s actually coming down to the fight," Paul revealed. "She’s going to be ringside for the fight. And after Tyron loses, I’m sending her into his locker room to make him get the tattoo."

"I'll let him negotiate. If he doesn't want to get the tattoo, you have got to pay me a nice bag" Woodley said. "It was his bet. Either you get the tattoo or you give out some cash. Donate it to my charity."

If Paul wins, however, it appears Woodley will be getting some new ink.

You can watch Paul's full appearance on "3 Thing to Know" in the YouTube player below.