This is a developing story. Check back at wkyc.com for updates. 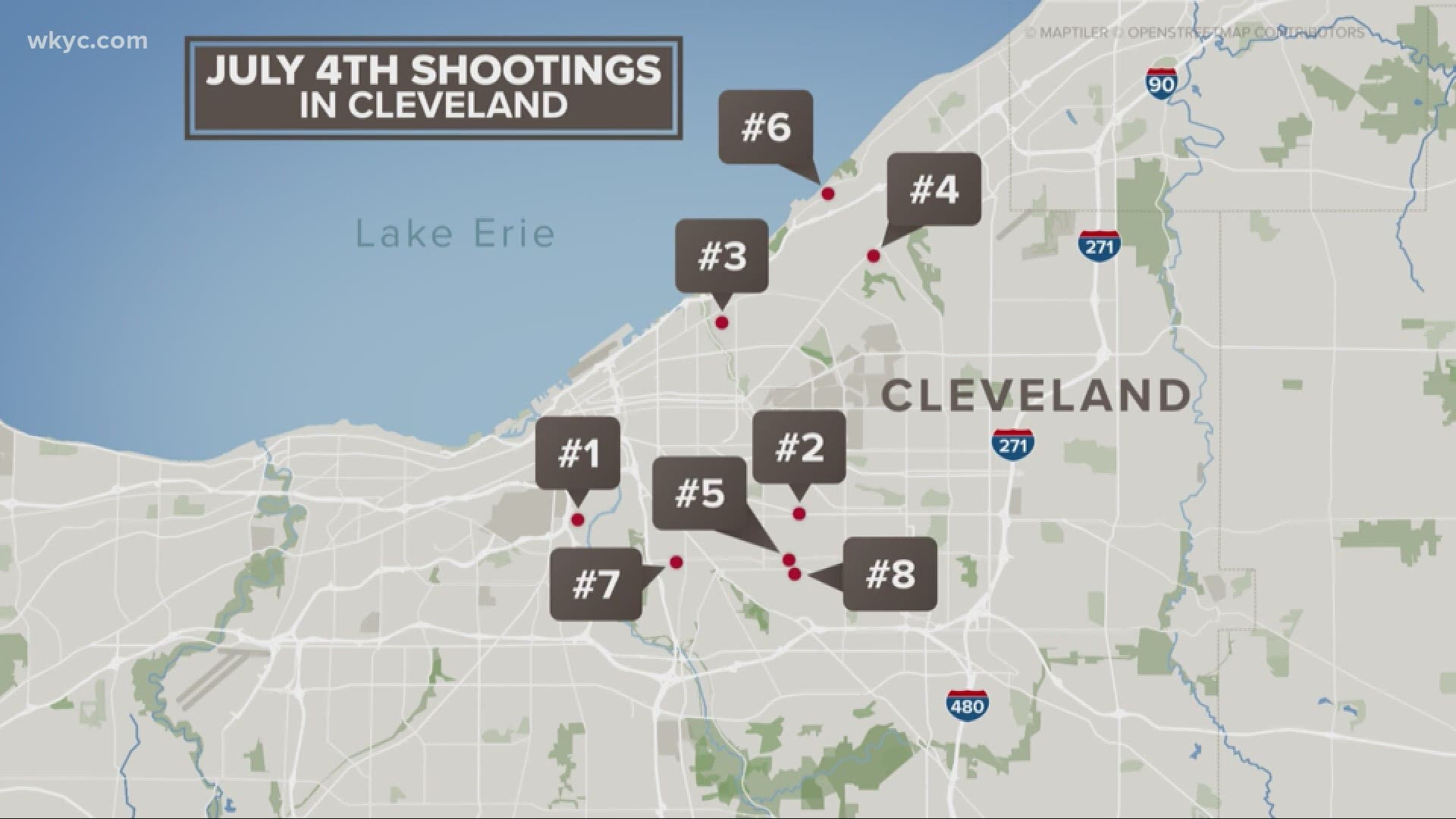 CLEVELAND — Editor's note: The video in the player above is from a story published on July 5, 2021.

The Cleveland Division of Police is investigating an incident at Jefferson Park in Cleveland in which three people were shot.

According to police, the shooting happened around 9:30 p.m. on Monday in the 13200 block of Lorain Avenue when officers were called to the scene for reports of a shooting.

Upon arrival, police located three men who had been wounded by gunshots near the basketball courts in the public park.

"Preliminary information indicates that two unknown males arrived at the park in a vehicle and approached the victims on foot and began shooting into a group of people," police said Tuesday. "The suspects then fled the area in a vehicle. No suspects have been identified."

Police told 3News' Marisa Saenz that they are asking currently asking neighbors for any video footage from home security cameras that may be available.

No other information is available at this time.