The 'Build Back Better Express' train tour will make a stop in Alliance before traveling to several locations in Pennsylvania. 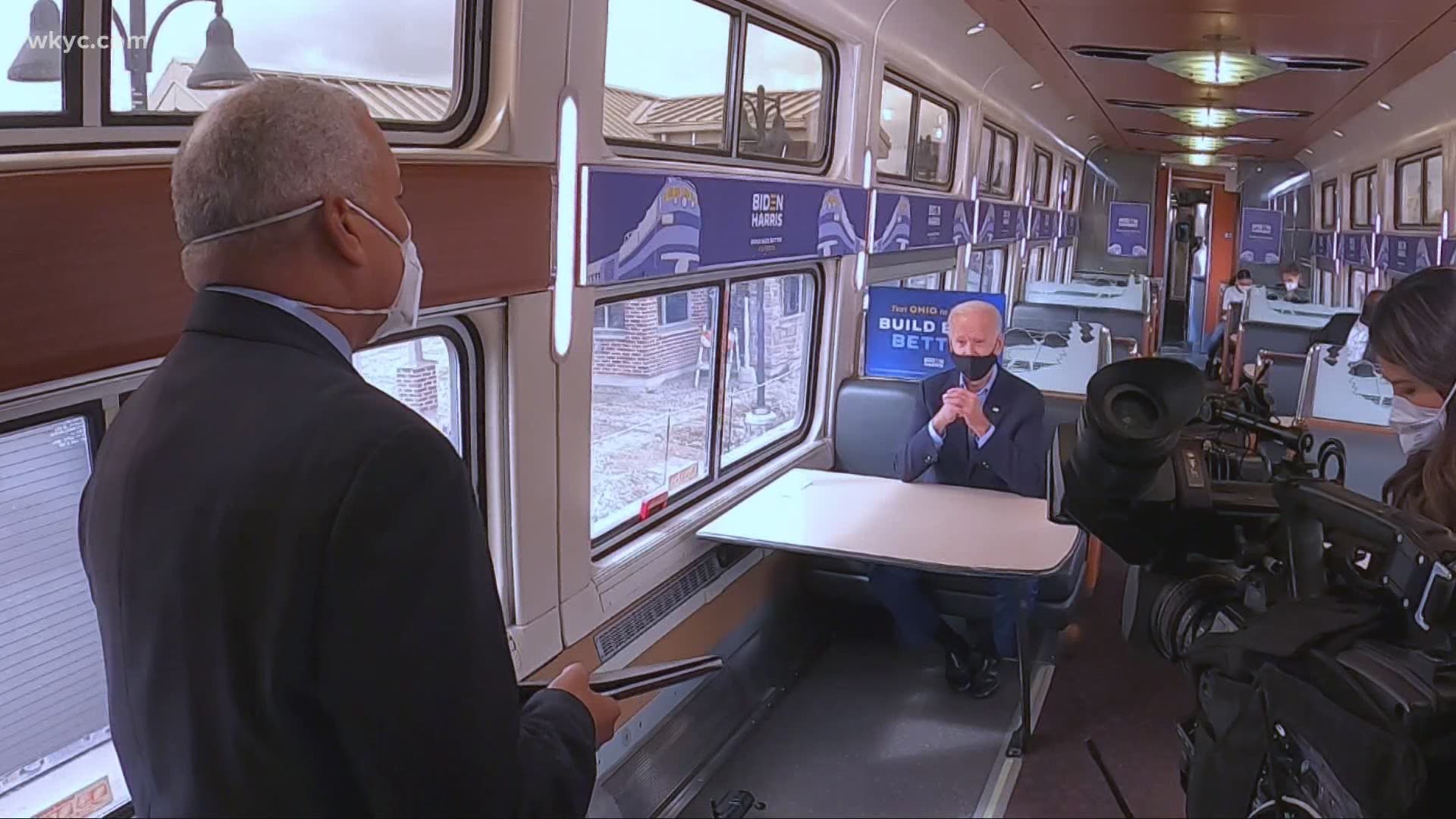 Presidential candidate Joe Biden is preparing to embark on a train tour known as the “Build Back Better Express.” The journey began in Cleveland Wednesday morning as Biden and his wife, Jill, planned to travel across eastern Ohio and western Pennsylvania.

3News' Russ Mitchell was on Biden's train for a one-on-one interview, which you can watch during Wednesday's newscasts on WKYC at 5, 6 and 11 p.m.

"In four years as president, he's broken his promises," Biden said about President Donald Trump before boarding the train in Cleveland. "He's forgotten the Americans he said he's always going to fight for. I never will forget. I know that middle class working people built this country, and I measure economic success by what families are talking about around their kitchen tables this morning -- some of them with an empty chair because they lost a family member."

The train tour made its first stop in Alliance before traveling to Pennsylvania.

Biden on Trump: “I think he looks down on us..he judges us. He lies to you.” ⁦@wkyc⁩ pic.twitter.com/eUC273a9d4

This campaign event hits the rails the morning after Biden squared off with President Trump in the first debate in Cleveland. It comes just a few weeks before election day as voters hit the polls nationwide on Tuesday, Nov. 3.

President Trump won Ohio in the 2016 election. 3News' Austin Love spoke with some Northeast Ohio voters about the biggest issue they're concerned about heading into the election.