Krasinski, who wrote and directed the film, surprised fans at the Valley View Cinemark Saturday evening. 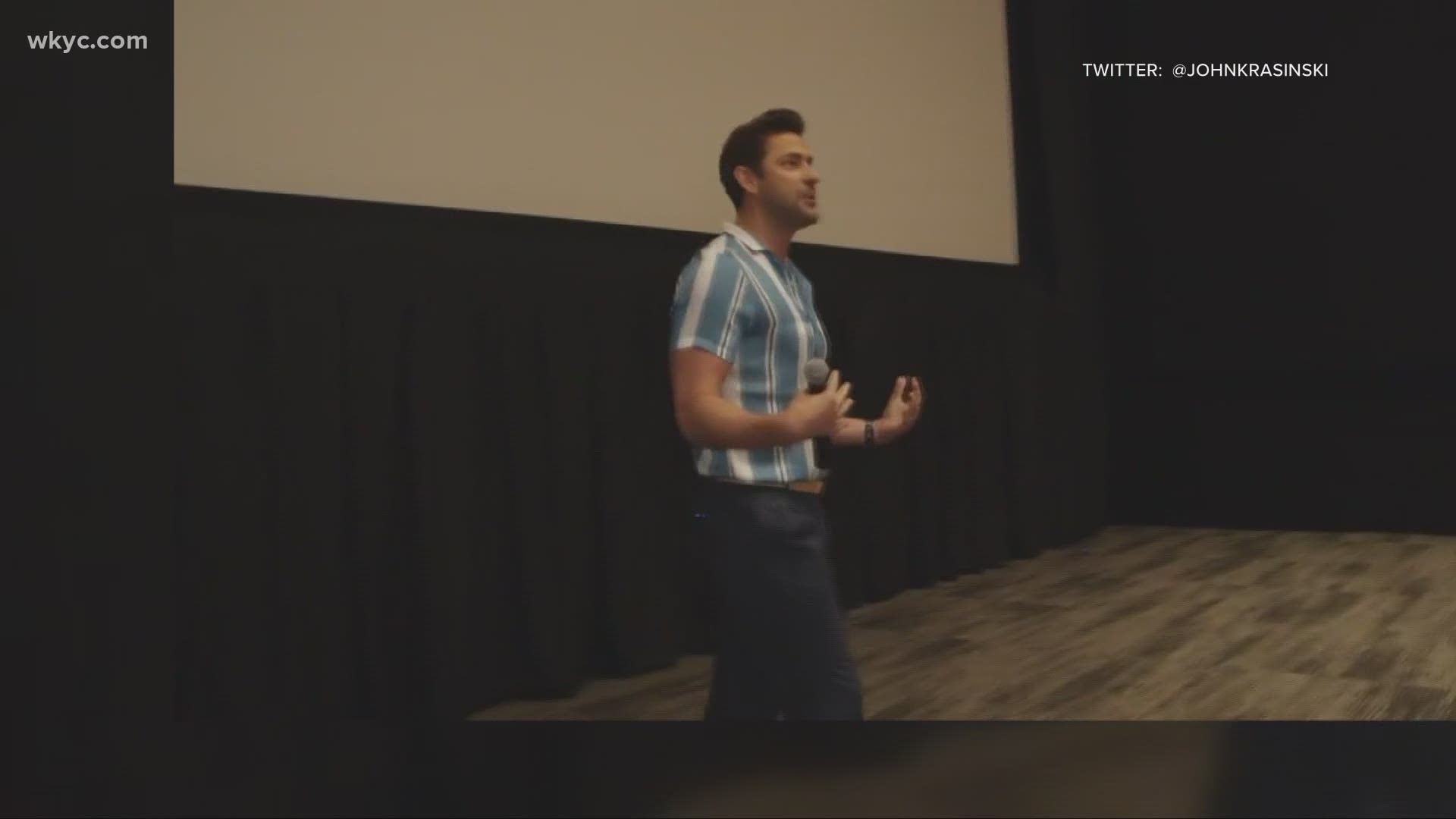 CLEVELAND — The Cinemark at Valley View was anything but "A Quiet Place" Saturday evening after John Krasinski (The Office) surprised Northeast Ohio fans who had turned out for a preview screening of "A Quiet Place II."

The actor took to social media Sunday afternoon to share clips from the surprise visit to Cleveland-- including one encounter with two fans who didn't quite recognize him when he attempted to sneak into their picture.

The stop is part of a nationwide tour to promote "A Quiet Place II," written and directed by Krasinski. "The Office" actor also stars in the film, alongside his wife, actress Emily Blunt (Mary Poppins Returns).

Krasinski also answered questions from the audience following the film in a Q&A presented by the Greater Cleveland Film Commission.

"Production Coordinator Mike Wendt got the opportunity to do a Q&A with actor/writer/director John Krasinski about his new film A Quiet Place Part II last night," the Greater Cleveland Film Commission wrote on Facebook sharing a photo of the session.

"A Quiet Place II" is the highly-anticipated sequel to Krasinski's directorial debut in 2018, and has been a long time coming-- the film was originally supposed to debut on March 20, 2020, but was postponed upon the arrival of the coronavirus in the United States. At the time of the postponement, Krasinski sent out a statement to fans saying he would wait to release the movie "until we can all see it together."

“One of the things I’m most proud of is that people have said our movie is one you have to see all together,” Krasinski wrote. “Well due to the ever-changing circumstances of what’s not going on around us now is clearly not the right time to do that. As insanely excited as we all are for you to see this movie, I’m going to wait to release the film until we can all see it together. So here’s to our group movie date. See you soon!”

"A Quiet Place II" debuts in theaters on May 28.

RELATED: The blockbuster movie makes a comeback this summer

RELATED: A look at the most anticipated movies bumped to 2021