The order will remain in place for the next 14 days. A hearing regarding the matter is scheduled for Dec. 13 at 10 a.m. 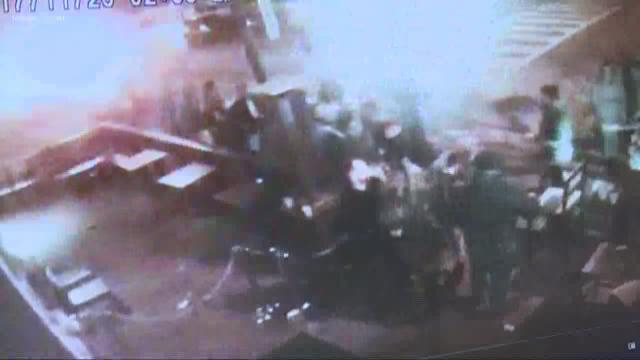 The courts have (for the moment) sided with a popular local restaurant currently under a barrage of criticism from two internet stars, granting Barley House a temporary restraining order against Alissa Violet and Ricky "FaZe" Banks.

In a ruling issued Thursday, the Cuyahoga County Court of Common Pleas deemed the YouTubers were engaging in "cyber-bullying and cyber-attack campaigns against Barley House." The two posted a video this past weekend claiming they were beaten up by staff and patrons at the restaurant.

"Barley House in Cleveland just literally tried so much [expletive]. They [bleeped] us up in Cleveland," Violet said in the video. "Nobody go to Barley House. I'm about to file a lawsuit."

The post led to intense backlash against the restaurant by Violet and Banks' massive amount of followers, but Barley House has strongly refuted the pair's claims, and surveillance video from that night shows both getting into fights employees claim the two instigated.

"You will see him kind of wind up like he's ready to fight, then a little later here he is walking on his own, security just behind him encouraging him to get out of there," Managing partner Robert May said when speaking of a confrontation Banks had with a security guard.

The restaurant also released an extended video of the incident Wednesday.

Now, by order from a judge, both Violet and Banks (referred to in the restraining order by their legal names Alissa Violet Butler and Richard Bengston) are banned "from disseminating false and misleading information" about Barley House or even mentioning the restaurant on social media. The two must also stop their "cyber-bullying" campaign and are not allowed to come within 500 feet of the location or even make contact with its employees.

The order will remain in place for the next 14 days. A hearing regarding the matter is scheduled for Dec. 13 at 10 a.m.