The new smart buoys will help to create a warning system for our drinking water here in Northeast Ohio. 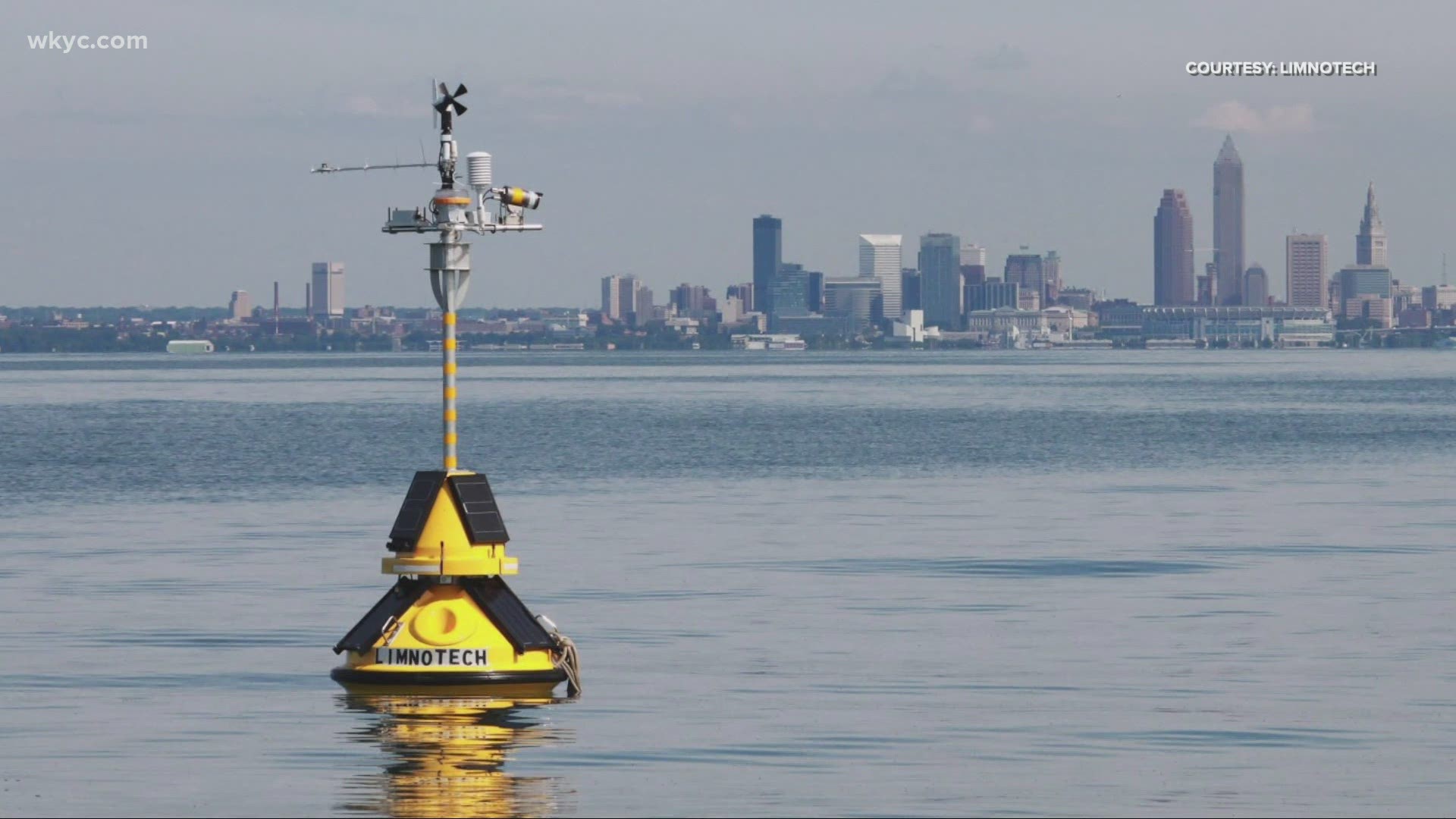 CLEVELAND — As the summer heats up, many will turn to Lake Erie for recreation. But did you know that our Great Lake is getting smarter?

The yellow buoy pictured above is a familiar sight in Lake Erie, and this year you’ll see more of them. Locally, four buoys create a warning system for our drinking water here in Northeast Ohio.

“These buoys provide us hours of advanced warning. That is an incredible advantage to treating water,” stated Scott Moegling, Water Quality Manager of Cleveland Water.

An early warning system is critical. Seven years ago, 400,000 people in Toledo lost their drinking water, when a toxic algae bloom formed.

“We have spent an awful lot of effort, time and resources understanding the science of Lake Erie,” said Commissioner of Cleveland Water, Alex Margevicius.

The buoys are floating laboratories, providing information in real-time. Anyone can access them through the internet and by text on your phone. Something unthinkable just years ago.

“I probably would have chuckled and said no way that is science fiction, but here we are,” said Moegling.

At the time this article was posted only two of the four buoys were online. To access the buoys links are below:

When this feature was first launched it was so popular with boaters in crashed the system. The cellular network has been improved since then.

“There is a lot of things that can be used with data analytics tools. Let’s make this a driver, let’s make this a signature event for Cleveland,” said Bryan Stubbs, the Executive Director of the Cleveland Water Alliance.

Providing faster information concerning water is what the Smart Great Lakes Initiative wants to achieve. Whether it’s testing new tech like SeaTrac - an autonomous boat that can sample algae blooms, to see if they are toxic. Or a 3-D printed spectrometer that works with a smartphone.

"We know knowledge is power having more information at our figure tips gives us more contacts, more information about what is going on, and I think puts us in a better position to act," said Kelli Paige, the CEO of Great Lakes Observing System.

By developing these technologies, Northeast Ohio is creating jobs in the blue economy.

“We are the beachhead for water quality and water technology,” stated Stubbs.