Mason will be eligible for parole in 35 years. He pleaded guilty last month to stabbing Aisha Fraser to death. 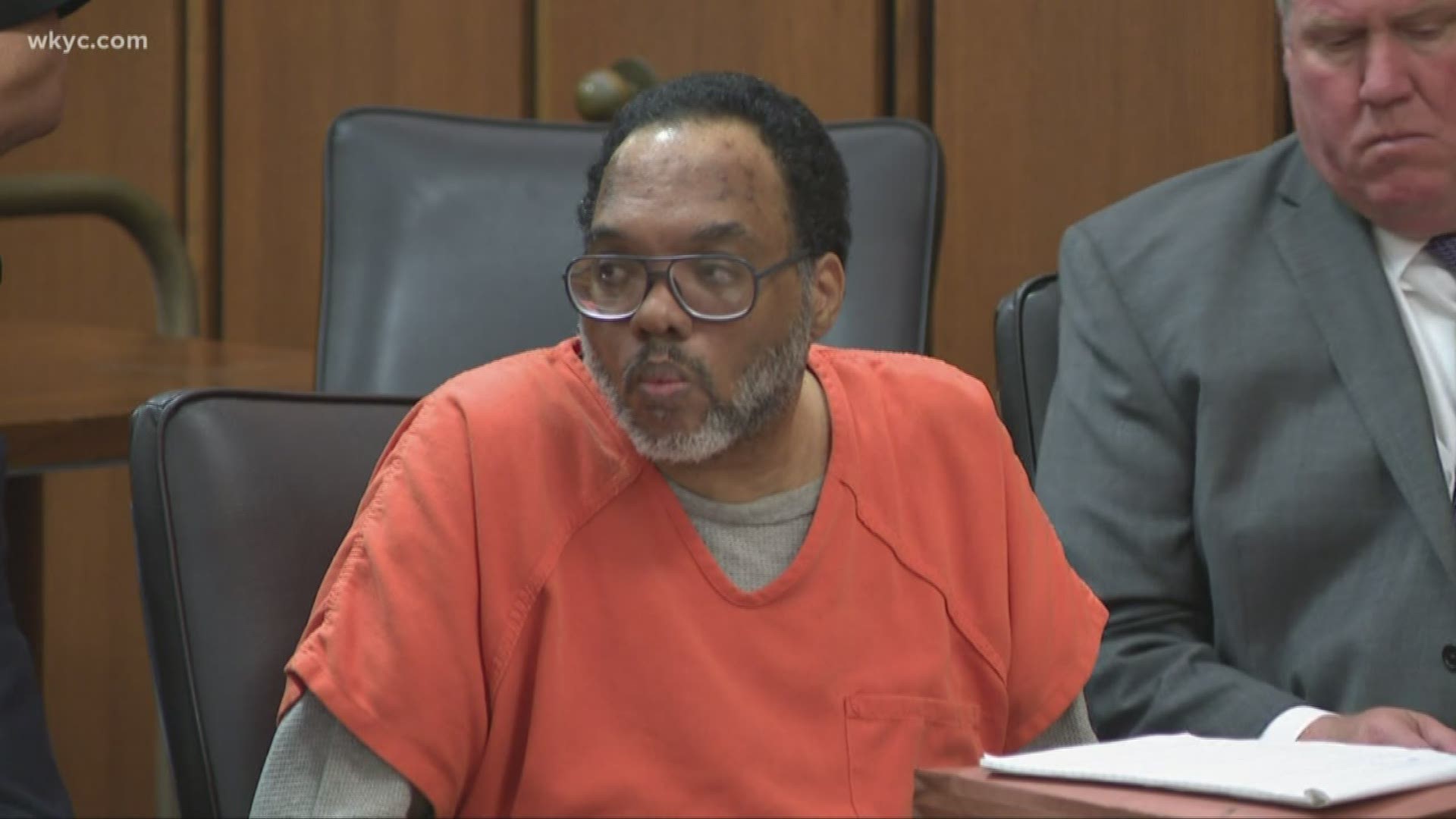 CLEVELAND — A prominent local politician-turned-convicted murderer learned his fate Thursday in the same court where he himself once presided over criminal cases.

Lance Mason, a former Ohio State Rep., State Sen., and Cuyahoga County Judge was sentenced to life in prison with the possibility of parole after 30 years after pleading guilty to the murder of his ex-wife Aisha Fraser. Mason also received a five-year sentence (to be served consecutively) for assaulting a police officer, violating a protection order, and stealing an SUV, meaning he will spend no less than the next 35 years behind bars.

Several of Fraser's family members and friends offered victim impact statements before the court. This included her mother Millicent, who spoke of Fraser's need to control the lives of his wife and daughters. This apparently included keeping guns and hand grenades in the house.

"You put fear in their hearts and souls with your behavior," Millicent Fraser said, with Mason shaking his head in the background. "You're a monster...We offered you the same lack of mercy that you offered our daughter and your children."

Mason stabbed Fraser multiple times at a Chagrin Boulevard home last November. Police said Fraser owned the property, and was allowing Mason's sister to live there. Fraser was at the home to drop off the couple's children for visitation with Mason. Her body was found in the driveway.

Police say Mason tried to flee the scene in Fraser's car, and rammed a police cruiser during the chase. He was captured on foot a short distance from the home.

The couple's 8-year-old daughter witnessed the incident, according to the Cuyahoga County Prosecutor's Office. An assistant prosecutor at Thursday's sentencing recalled hearing the little girl's voice on the 911 call following Fraser's stabbing.

The Fraser family and prosecutors had asked for the maximum penalty—life without parole. However, they were at least satisfied to know Mason would be locked up for a long time.

"The judge did what he did," Millicent Fraser said. "I'll live with it."

Prior to receiving his sentence, Mason read from a prepared statement and asked for forgiveness while apologizing "for the pain that I caused." He claimed he "became a different man" after he and Fraser first separated and that he was "paranoid" about protecting his daughters after learning a family member had been sexually assaulted at a young age.

"I failed our daughters," he said. "I accept full responsibility for the horrific act I've done."

Retired Stark County Judge John G. Haas, presiding as a visitor to avoid having Mason be sentenced by one of his former colleagues, noted Mason's insistence at pleading guilty to avoid having his daughters testify. The judge called this action "too little, too late," although he added he hoped Mason would find a way to help other men in prison by using his education.

The murder wasn't the first time Mason acted violently toward Fraser, who was a beloved Shaker Heights teacher.

EXCLUSIVE: Boyfriend of Aisha Fraser tells WKYC 'She was a gift and to me... the love of my life'

Mason pleaded guilty in 2015 to attempted felonious assault and domestic violence and served nine months in prison after he punched his wife 20 times and slammed her head against a car dashboard five times as they drove with their children. His wife’s injuries required reconstructive surgery. According to court documents, his wife sued him in civil court and was awarded a $150,000 judgment.

Mason was removed from his judge seat roughly a month after the August 2014 incident. His status as a convicted felon prohibits him from serving as an Ohio judge in the future, and the Ohio Supreme Court has also indefinitely prohibited him from practicing law.

Cleveland Mayor Frank G. Jackson hired Mason in 2017 to serve as the city’s director of minority business administrator. The city fired Mason the day of his November 2018 arrest.

Mason will be 87 when he is eligible for parole. Should he be released, he will be under probation for five years.