The move to the 168,000-square-foot campus on Superior Ave. will bring more than 600 full-time jobs to the city of Cleveland. 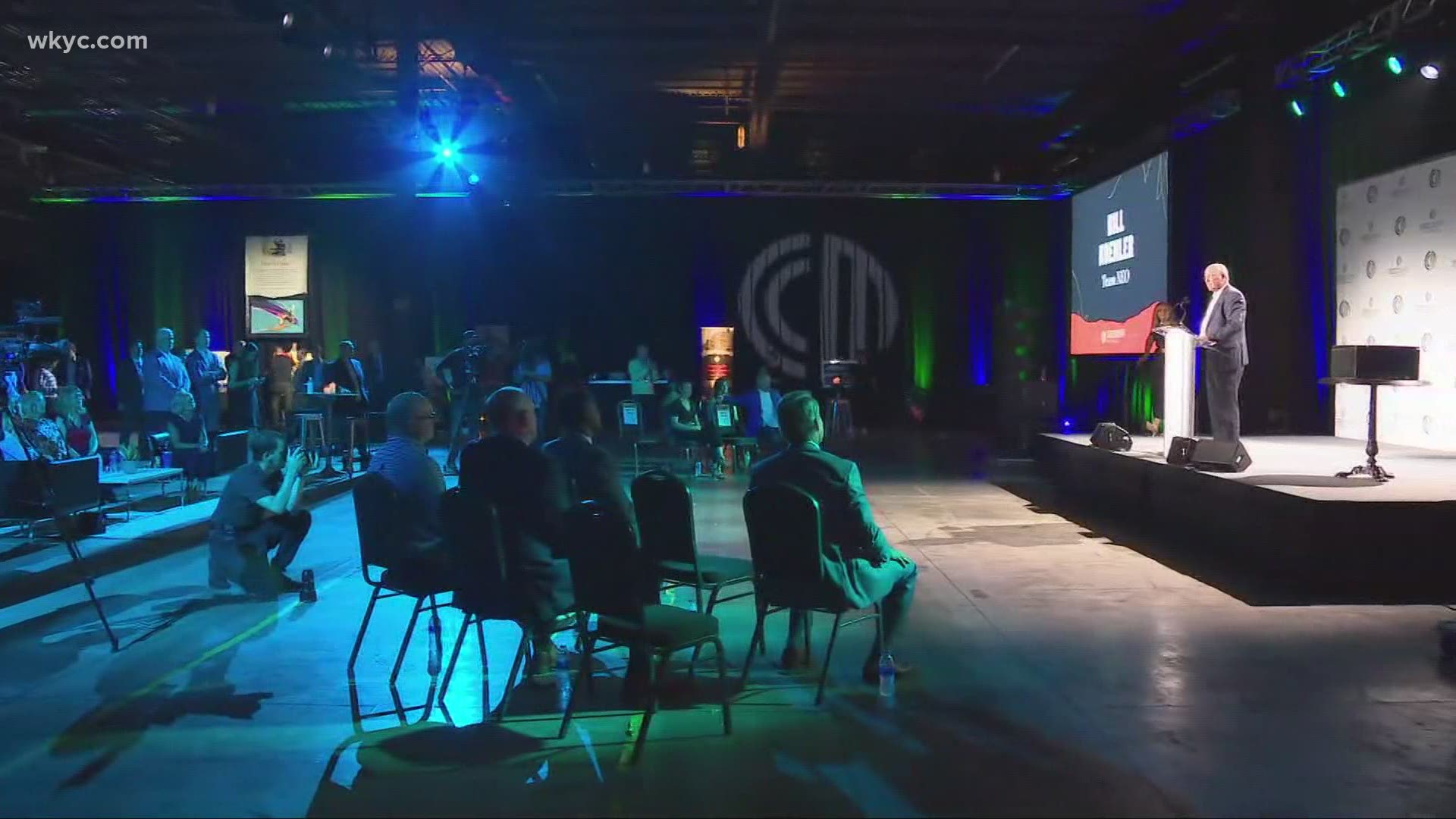 CLEVELAND — CrossCountry Mortgage, LLC, is moving its headquarters from Brecksville to Downtown Cleveland.

The company, which is one of the nation's largest and fastest-growing retail mortgage lenders, broke ground on the new $46 million corporate campus Thursday. It will be located in the city of Cleveland's historic Superior Arts District, and is the city's largest new headquarters project in almost a decade.

On hand for the groundbreaking were the company’s founder and CEO, Ronald Leonhardt, Jr., and other executives, as well as Ohio Lt. Gov. Jon Husted, Cleveland business leaders, local government officials and area artists.

The move to the 168,000-square-foot campus on Superior Ave. will bring more than 600 full-time jobs to the city of Cleveland.

“We are the quintessential Cleveland story – we have built this business from the ground up through hard work and a shared commitment to make the mortgage process easy, stress-free and rewarding,” Leonhardt said. “Like the tens of thousands of customers we help serve each year, we can’t wait to move into our new home, located in an exciting and culturally rich neighborhood that has played a vital role in Cleveland’s history.”

The project includes restoring and renovating four industrial buildings that each date back to as early as 1913. It includes extensive masonry and structural restoration, as well as replacing the roof, upgrading utilities in the buildings, and installing about 160 new windows. They will also install new elevators and make other changes to comply with the Americans with Disabilities Act.

You can watch the groundbreaking ceremony in the player below (NOTE: The ceremony begins approximately 10 minutes into the video)

“This is another outstanding example of continued progress toward the revitalization of an historic neighborhood and it brings new growth opportunities to Northeast Ohio,” said J.P. Nauseef, JobsOhio president and CEO. “We appreciate the close collaboration with our partners and CrossCountry Mortgage to help the company continue its success in Ohio.”

The concept for the new facility features an open, comfortable and highly-collaborative environment, according to a press release from the company. It also includes a 7,100 foot commons area that will be illuminated by a 40-by-60-foot skylight. Other amenities on the property will include a conference center, a grab-and-go food pantry, and a gym with a group fitness studio.

When it's complete, the new facility will also house a 4,600 square-foot training center. CrossCountry Mortgage says it will use that facility to prepare thousands of applicants as the next generation of mortgage professionals, including those who want careers in loan processing, underwriting and closing.

“Our new work environment and central location will help make our training activities even more appealing and effective,” said Jennifer Stracensky, chief operating officer. “Participants will be able to explore new career paths while learning and working in a beautifully restored facility located in an amazing part of Cleveland. The opportunity here is enormous.”

CrossCountry Mortgage was founded in 2003 and is considered one of the top ten retail mortgage lenders in the country. It is the largest one based in Ohio. CrossCountry Mortgage employs about 6,800 people in all 50 states through a network of 507 offices. More than 300 of those offices have opened up in the past two years. The company has appeared on the Inc. 5000 list of the nation's fastest-growing private businesses seven times, and has been recognized as a Northcoast 99 winner four times.

The new facility is expected to be finished and operational by the end of 2021.