The Lone Sailor Statue will eventually share the spotlight with an even bigger arrival -- the USS Cleveland. 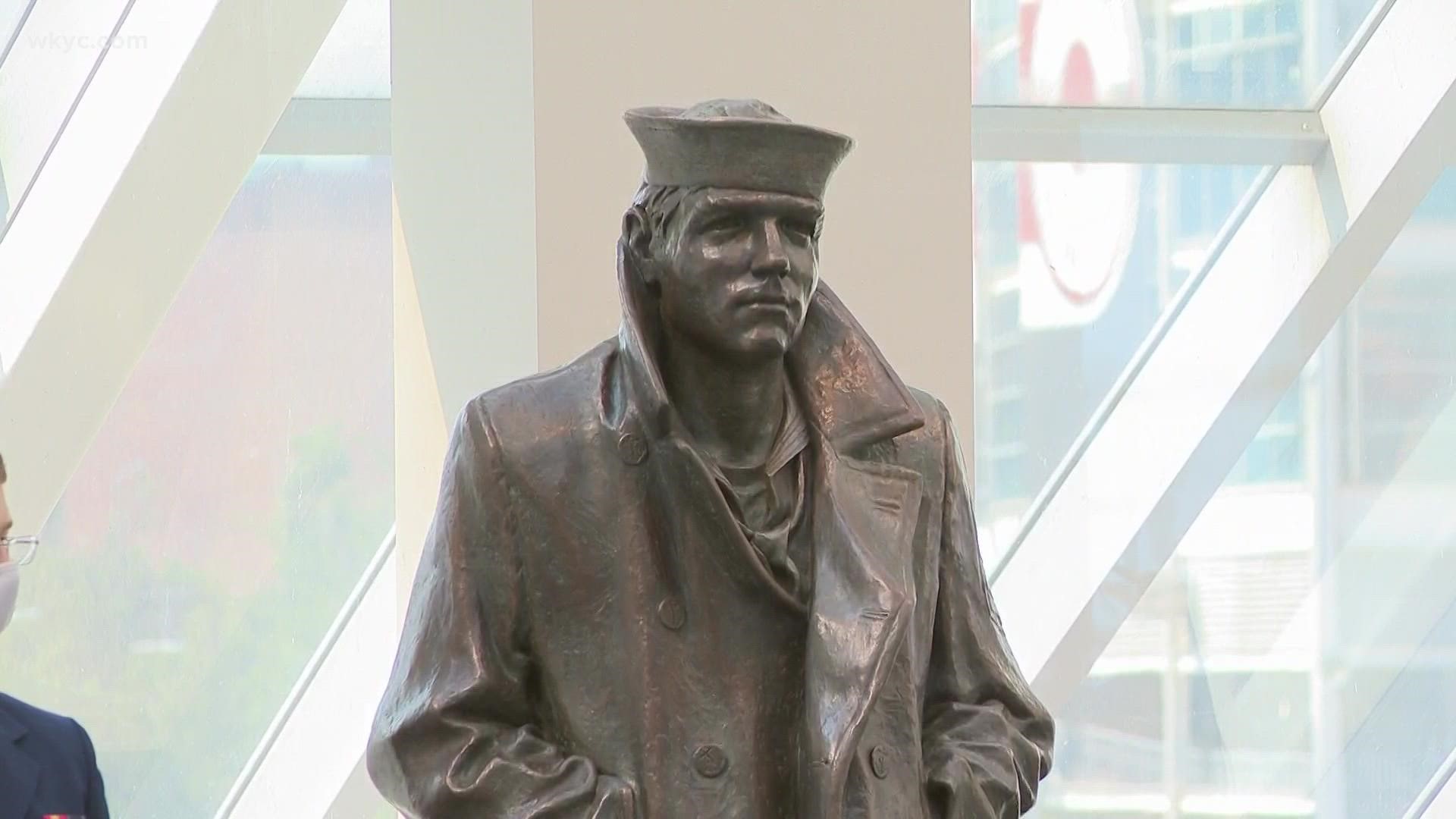 And now, number 18 can be found in Cleveland -- its first stop at the Great Lakes Science Center before relocating to its permanent home.

"They graciously offered to host the statue for a little bit of time. And we are hoping to get it placed Voinovich Park next July in alignment with the next Tall Ships visit is the goal," said Michael Dovilla, President and Executive Director of the USS Cleveland Legacy Foundation.

We streamed the statue's full unveiling ceremony Friday morning, which you can watch in the player below:

The Lone Sailor Statue will eventually share the spotlight with an even bigger arrival -- the USS Cleveland -- which is currently under construction at a shipyard in Marinette, Wisconsin. The Navy warship will be the fourth to bear the city's name, with the very first dating all the way back to World War I.

"Cleveland Cliff steel is being used on the ship, Lincoln Electric torches are being used to cut the steel, Sherwin Williams paint will eventually be used to cover this ship and others that is coming out of the yard," Dovilla said. With the city's deep ties to maritime service since the turn of the 20th century, the vessel will honor Cleveland's longstanding Naval history.

"This will be the first time that any ship named Cleveland will have been to the city of Cleveland, much less than be commissioned here," Dovilla added.

The christening is expected to take place sometime next year, with the ship to be delivered and commissioned by the Navy in 2023.

That commissioning ceremony will take place here before the ship heads south to Mayport, Florida.

But future generations will see it return to Cleveland one day -- in retirement, where it will be permanently docked at the Science Center as a museum ship.